On the 12th Date of Christmas: Filming Location and Cast Details

‘On the 12th Date of Christmas’ is a romantic drama film that follows game designers Jennifer (Mallory Jansen) and Aidan (Tyler Hynes), who are paired up while working for an event being organized by a hotel chain. They come up with the idea to create a romantic scavenger hunt laid across the city of Chicago, called “12 Days of Christmas.” Initially, they are not able to work in synergy since they are not used to each other’s style of working but eventually strike a connection stronger than a professional one.

Directed by Gary Yates, the lighthearted Hallmark film is set against an urban backdrop with the traditions of Christmas. It has garnered enough attention precisely for this reason. If you’re curious to find out more about the locations where ‘On the 12th Date of Christmas’ was filmed, we have got your back!

On the 12th Date of Christmas Filming Location

A Christmas-themed scavenger hunt across Chicago sounds like a challenge for Aidan and Jennifer, who have not yet figured out a way to work compatibly. Here is the specific location that served as the filming site for the upbeat film. 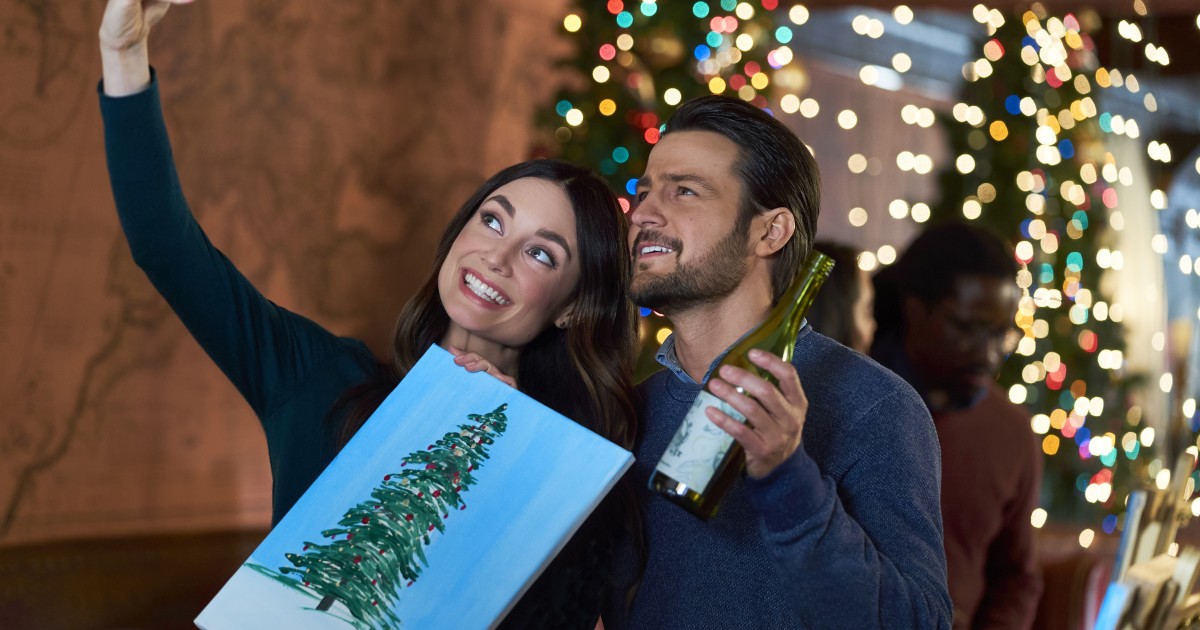 ‘On the 12th Date of Christmas’ has been shot extensively in Winnipeg, which seems to be a popular choice for many Hallmark and Lifetime films. Unlike many Hallmark films, the stories for which are usually set in small towns, this was a surprising exception. Although a Christmas film, this was shot in July and August, when the atmosphere still warm.

The production houses in Winnipeg have had to make a few changes ever since the Covid situation arose. These include the use of health monitors, limited access to the sets, strict protocols regarding the use of filming equipment, and distribution of meals on set. All these were kept in mind during the filming of this movie. The production team ensured that the crew felt safe and were taken care of. The film also involved many retakes for which immense patience was required on behalf of everyone involved.

Interestingly, Winnipeg is also known for its multi-cultural identity as a city, which provides the option for filming in an urban landscape as well as small towns. In this film, both of these settings were used since there were scenes in the city and also on Christmas farms. Tourists enjoy visiting Winnipeg as it hosts a range of annual festivals such as the Winnipeg Folk Festival, Jazz Winnipeg Festival, and the winter festival- Festival Du Voyageur.

On the 12th Date of Christmas Cast

Mallory Jansen is an Australian actress who plays Jennifer in this film, marking this as her first Hallmark film. She is known for her roles in ‘Galavant’ as Madalena, ‘Agents of S.H.I.E.L.D.’ as AIDA/Madame Hydra, ‘INXS: Never Tear Us Apart’ as Helena Christensen, and ‘Baby Daddy’ as Georgie Farlow.

Tyler Hynes is a Canadian actor and filmmaker who plays Aidan. His notable works include ‘Saving Hope,’ where he plays Luke Reid, ‘The Firm’ where he plays Patrick Walker, and he also features as Jake Henderson in ‘The Mechanics of Love.’ The cast also includes Zoe Fish as Emma, Clare Filipow as Shannon, and Cherissa Richards as Wanda.