On Tour With Asperger’s Are Us Season 2: Premiere Date, Cast, Trailer, News 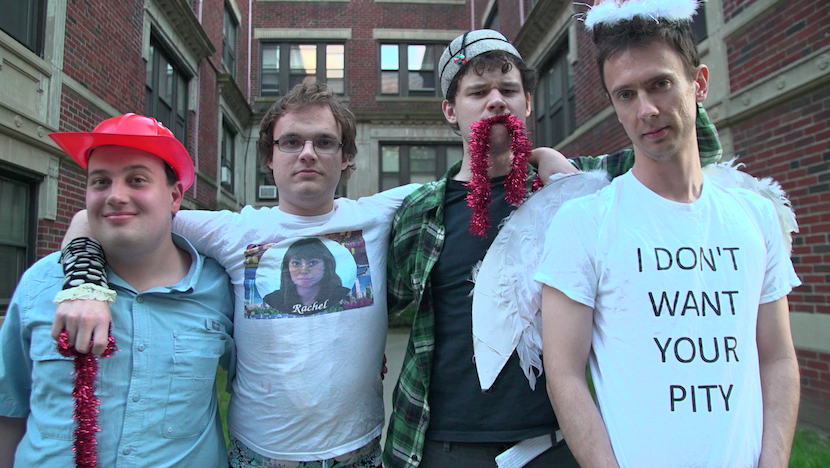 ‘Asperger’s Are Us’ is a unique comedy troupe from New England, the first of its kind, comprising four members with Asperger syndrome. However, none of their shows have any reference to autism at all. Formed in 2010, they are best known for their more-than-a-100 sketch comedy performances in nine countries. They have also featured in several interviews and their style of comedy primarily embraces dark humor and clever wordplay. Based on their lives, the Duplass Brothers Productions created a documentary and released it on Netflix in 2016. A sequel to this film, titled, ‘On Tour with Asperger’s Are Us,’ is a docu-series that premieres on HBO on April 30, 2019. It documents their journey as they embark on their first ever cross-country tour — the troupe’s most ambitious project till date.

On Tour With Asperger’s Are Us Cast: Who is in it?

This documentary show revolves around the members of the comedy troupe, Asperger’s Are Us, namely, Noah Britton, Ethan Finlan, Jack Hanke and New Michael Ingemi. They had met way back in 2005 during a summer camp, where Britton was their counselor. All of them had been diagnosed with Asperger Syndrome and instantly became good friends after meeting each other. The guys, seeing their mutual admiration, understanding, and respect, came up with a plan to form this unique comedy group — an idea which finally transformed into reality in 2010.  Focusing mainly on dead-pan humor as their signature style, since their inception, the troupe has been so successful that they have also performed alongside famed comedians such as Emo Philips, Joe Pera, Jamie Loftus, Kenny “K-Strass” Strasser, and Vermin Supreme, just to name a view.

On Tour With Asperger’s Are Us Plot: What is it about?

‘On Tour With Asperger’s Are Us’ documents the journey of the troupe as they embark on a six-week road journey from Boston to Los Angeles in an RV. In an attempt to get out of their comfort zones, the boys, throughout their trip and various stops on the way, share their experiences, discuss their triumphs, falls, and challenges as ‘Aspies’, and express how they found support and created a community through comedy. In this most ambitious journey of a lifetime, we also get to see the beauty plus tests of friendship and their struggles as they all are forced to fit into an old, cramped RV.

Noah, Ethan, Jack, and New Michael, start their tour from their hometown Boston, where they begin by performing in front of a huge crowd. Their next stop is at New York City, where they play at the iconic comedy venue Caroline’s, Times Square. However, the show does not go well as planned and the team leaves contemplating if their idea was practical at all. Next, after dealing with some issues in their RV, they arrive in Baltimore while hoping that this performance would be better.

As they travel and live together in their busted vehicle, the boys have to face several ups and downs — from performing in houses packed with enthusiastic audiences to playing in almost empty venues. And obviously, like all group road trips, they have to solve their own personal issues and arguments as well. As per the description on HBO’s website, “This intimate and humorous docuseries is an underdog story that features a group of talented and funny performers who embrace their shared challenges while working toward one overarching goal: to make people laugh.”

On Tour With Asperger’s Are Us Season 2 Release Date: When will it premiere?

On Tour with Asperger’s Are Us Season 1 premiered on April 30, 2019 with two back-to-back 30 minutes episodes on HBO. This was followed by two more episodes on each of the consecutive days, i.e May 1 and May 2 during the same time slots. You can also watch the show on HBO NOW, HBO GO, HBO On Demand and partners’ streaming platforms.

Considering the unique concept of the show, we are sure that this documentary shall also garner immense positive response just like its 2016 predecessor. However, On Tour with Asperger’s Are Us season 2 will be under works if and when the troupe decides to take another tour. Therefore, if there’s any official update about a second installment, we will update this section immediately. So keep visiting our page regularly!

On Tour With Asperger’s Are Us Trailer

While we wait for an update on season 2, check out the season 1 trailer to refresh your memories. If you haven’t seen the show yet head over to HBO NOW to catch all the episodes of the previous seasons.