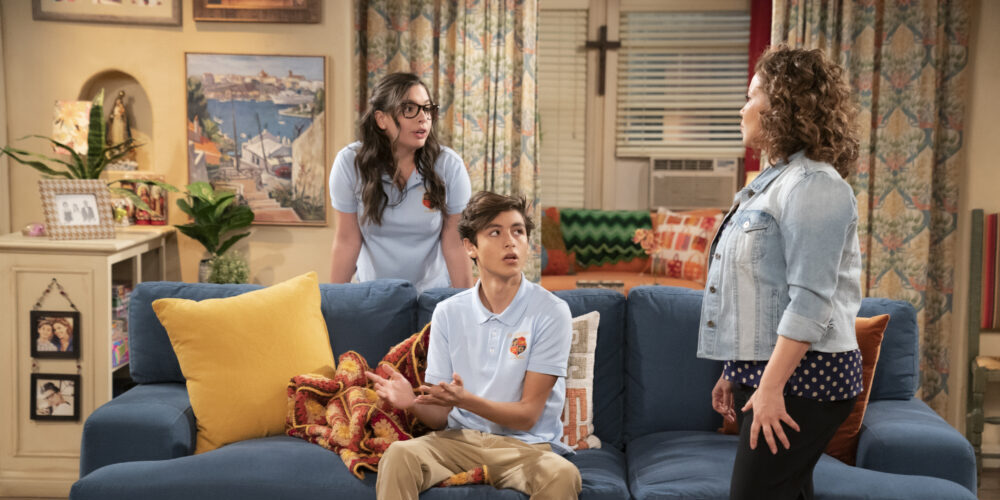 ‘One Day at a Time’ Season 4 is surprisingly thriving after shifting its base from Netflix to Pop TV. In season 4, Alex introduces his girlfriend o his family over dinner, while Elena and Syd discuss their future after college. Schneider asks Avery to move in with him, while Penelope gets heartbroken on learning that Max has left the city, after accepting a job overseas. And Penelope finally addresses her penny-pinching attitude.

In Episode 3, Penelope and Alex have an awkward moment, which leads to Penelope having a conversation regarding “boundaries” with her son Alex. Also, a familiar face makes a return. More on that in the recap. In case you would like to know the details of ‘One Day at a Time’ season 4 episode 4, read on.

One Day at a Time Season 4 Episode 4 Release Date

The upcoming episode is titled ‘One Halloween at a Time.’

Where to Watch One Day at a Time Season 4 Episode 4 Online?

You can watch the ‘One Day at a Time’ season 4 episode 4 by tuning to Pop TV at the above-mentioned time. It will also simulcast on TV Land. You can also catch the show on Pop TV’s official website and on the Pop TV app.

Some of the other ways to live-stream the season is by subscribing to cable-free platforms like FuboTV, Hulu with Live TV, and Directv. You can additionally stream the first three seasons of ‘One Day at a Time’ on Netflix. Finally, its first season is available for rent on Amazon Prime Video.

One Day at a Time Season 4 Episode 3 Recap:

‘One Day at a Time’ Season 4 Episode 3 is titled ‘Boundaries.’

The episode also throws light on the generational gap through the whole “boundaries” issue. Alex suggests that the family needs boundaries to prevent such things from happening in the future, but Penelope mockingly dismisses it. But when Lydia joins Tinder and goes to meet a few men for Penelope, she suddenly feels the need for boundaries. Schneider subtly calls her out for being a hypocrite in this scenario.

Meanwhile, on one of her “dates,” which are basically screen tests to find out a perfect match for her daughter, Lydia stumbles upon Penelope’s ex, Max, and invites him to their place to surprise Penelope. Of course, she is elated to see Max, who has returned from Indonesia. The lovers confess their feelings for each other and lean in for a kiss. Happy ending!

Read More: Shows Like One Day at a Time