Will There be a One Dollar Season 2 or is it Cancelled? 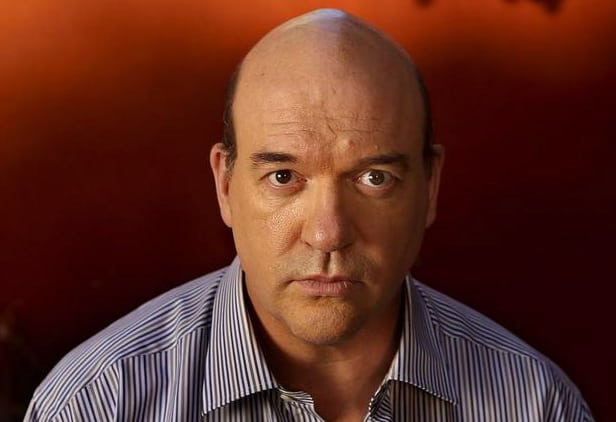 ‘One Dollar’ is an American thriller mystery drama web television series which is directed by Craig Zobel. The first season premiered in August 2018 on CBS All Access, following an announcement in August 2017. Created by Jason Mossberg and filmed in Pittsburgh, this engrossing murder mystery is produced by CBS Television Studios, with Zobel as one of the executive producers. Zobel is best known for his work in other shows like ‘The Leftovers’ and ‘Compliance’.

‘One Dollar’ is set in the mysterious Rust Belt town of America. This small neighborhood is located near Western Pennsylvania where people are divided by culture and class. Things are normal but then, a certain one dollar bill enters the locale, bringing with it chaos and suspicions. The said bill shifts from one character’s hand to another, with the town witnessing a shocking mysterious murder. Secrets are revealed, dark lies are exposed, and the inhabitants get divided. There is also a bloodbath when a group of strangers gets involved in multiple murders. This is a fascinating tale where a single $1 alters the destiny of all its owners

‘One Dollar’ created quite some buzz when it was first announced by CBS. The murder mystery tries to paint a picture of modern America after the post-recession era. Even its advertised poster is dark and puzzling, depicting a torn one-dollar bill, bleeding from the downwards, with smoking steel mills added to the top. The picture of George Washington looks quite intimidating as he raises his fingers towards his lips as if he is indicating to hush someone. When you look closely at the poster, it resembles the map of the United States. And as it’s obvious, it created immense curiosity among the audience who wanted to understand what this tale is all about. So, “How much does it cost to bury the truth?” — this is the whole essence of this engaging drama.

‘One Dollar’ season 1 premiered on CBS on August 30, 2018. After spanning 10 episodes, it wrapped up on November 1, 2018. With mediocre reviews from critics but promising feedback from fans, ‘One Dollar’ did leave with an unsure future. Would it come back for another season? The question left viewers confused.

However, to everyone’s dismay, on December 12, 2018, CBS All Access announced that they had decided to not go ahead with the season 2 of the series. Putting an end to all speculations, Julie McNamara, EVP of original content for CBS All Access, stated: “While ‘One Dollar’ won’t be coming back for another season, we’re incredibly proud of its artistically presented 10-episode story, which will continue to be available for streaming on the service and for future audiences to discover.” She further added, “We thank the tremendous creative team, Craig Zobel, Matt DeRoss, Alexandre Dauman, Graham Gordy and Jason Mosberg, and the wonderful cast for their hard work and dedication to this series, as well as our viewers for following ‘One Dollar’s’ journey.”

So, there you go! Whether you like it or not, your favorite murder drama is not coming back for another season. And ‘One Dollar’ season 2 officially stands canceled.

One Dollar Cast: Who Is In It?

The casting team for ‘One Dollar’ was announced on March 6, 2018. The main cast members of the series include John Carroll Lynch from ‘American Horror Story‘ fame as Bud Carl, Kirrilee Berger as Danielle “Dannie” Furlbee, Gracie Lawrence as Julie Gardner, Nathaniel Martello-White (‘Death in Paradise‘) as Jake Noveer, Philip Ettinger as Garrett Drimmer and Chris Denham (‘Argo’) as Peter Trask.

Other actors joining the lead cast in recurring roles are Jeff Perry as Charles, Sturgill Simpson as Ken Fry and Leslie Odom Jr. as Randall Abatsy. Sources had also added some information about additional characters in the series. For instance, Nike Kadri plays the role of Rook who is a new police officer. Rook is clever and tough as a person. Joshua Bitton is Chewy, also a police officer who was born in Pittsburgh. Chewy is loyal but very hard to impress. Hamilton Clancy portrays Tom who has been serving the police force for years.

You can watch the official trailer for ‘One Dollar’ season 1 below. You can also head to CBS if you wish to catch up on all the previous episodes from the series.