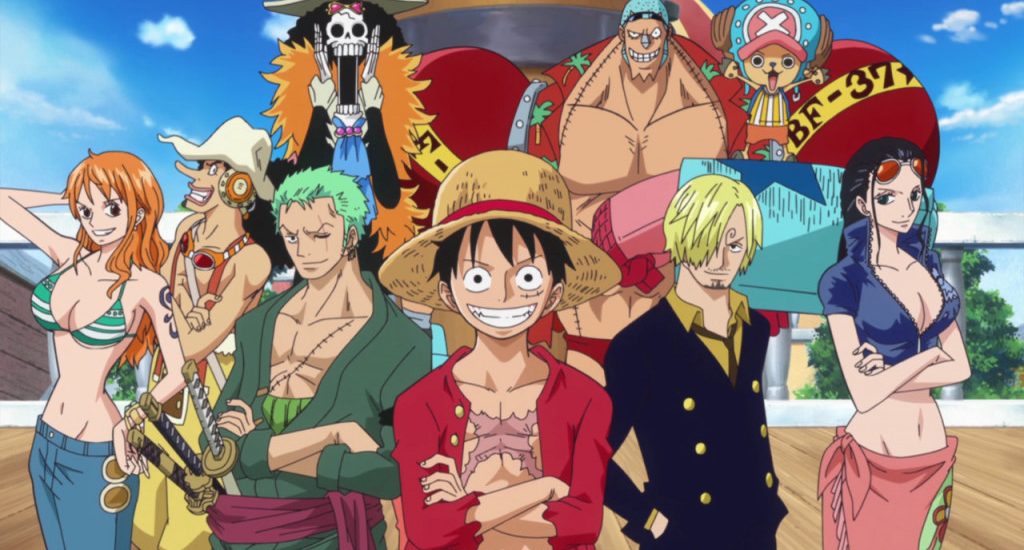 When it comes to anime, I like to keep things simple. It’s mostly the short running anime series like ‘Cowboy Bebop‘ and ‘Samurai Champloo’ that outshine all others for me. I would love to see a lot more of these but then deep down, I know for sure that any more than 50 episodes of these series would ruin their “magic”. So I stick to the shorter ones and avoid watching the long-running series, apart from a few exceptions, of course.

I haven’t re-watched ‘One Piece’ after my failed first attempt, which I will be discussing later. But this second attempt at the anime has really been an eye opener and I don’t regret one bit of it. ‘One Piece’ is one of the most enjoyable anime shows out there. It offers pretty much everything, including comedy, drama, romance, slice-of-life and a lot of action. Each character goes through an intense development and transformation and a lot goes into making their personalities likable in the most unique ways. Even the animation is beautiful and vivid, with all the vibrant colors on its pallet.

But my first impression of ‘One Piece’ was not at all on the brighter side of the spectrum. I started watching it when it first premiered on Cartoon Network somewhere in 2006 and being a kid, it didn’t really hit me what was actually wrong with the anime. I remember enjoying the storyline, but something was just too off about it, after which I stopped watching it. But as I write this Anime Preview today, I have seen close to 500 episodes, which is only close to half of the total but it still is a lot more than I could tolerate back in the day. More than that, I am very well aware of what went wrong when I first started watching it on TV.

Cartoon Network, being a US-based television channel, premiered ‘One Piece‘ in an English Dubbed format, which is very normal. Now I never really had a problem with other dubbed anime like ‘Dragon Ball Z’ or ‘Cardcaptors’ but the dubbed version of ‘One Piece’ was just not acceptable. After many years, I came across several people who shared this opinion with me, so I’m not the only one here with an anime OCD, ranting about it. Hence, if you have never watched ‘One Piece’ or, like me, gave up on it earlier because of the childish dubbing, then give it another chance and go for the Funimation Dub this time. If you’re looking for the immaculate viewing experience, then you can always go for subtitles.

One Piece Season 20 Release Date: When Will it Premiere?

More importantly, considering the fact that ‘One Piece’ has never really been on a hiatus since the very beginning, it is safe to assume that ‘One Piece’ season 21 will release sometime in June, 2020.

The English Dubbed version of ‘One Piece’ is available on Funimation and Crunchyroll.

Close to a millennium ago, there was a very powerful kingdom known as the Ancient Kingdom. This kingdom sustained itself on two wills — to unite all the races of the world and to make sure that everyone in the world lived in complete freedom. But opposing to this were 20 other kings who wanted to enslave many races. 100 years after this, the Ancient Kingdom got wiped out completely and the 20 Kings now rule the world, enslaving whoever they want. No one really knows what happened in those 100 years and historical books call them the “Void Century”. However, right before the Ancient Kingdom ended, somehow, they had predicted their annihilation and had created 30 cubic indestructible rocks that contain scriptures of their ancient language and ideas of freedom that can overthrow the present government.

A pirate named Gol D. Roger was finally able to collect all of these rocks, but before he could fulfill the will of the lost kingdom, he caught an incurable disease and decided to turn himself in to the Marines. Right before his execution, he had announced the existence of his great treasure known as the “One Piece”, which he knew would spark everyone’s interest and force them to become a pirate and to track down the treasure. The treasure contains all of the translated mysteries of the Ancient Kingdom that could expose and even overthrow the Modern Government. The treasure is called “One Piece” because it is that one last piece in the puzzle that can free the entire world. This is where we get to the present events of the show where Monkey D. Luffy, along with a few of his friends, looks for the “One Piece”. Little does he know that this is no ordinary treasure and that it actually holds the secrets of world freedom.

‘One piece’ has more than 800 episodes by now and so it has tons and tons of characters. It would not be possible to cover all of them here but we’ll try out best to at least cover a few of the main ones. 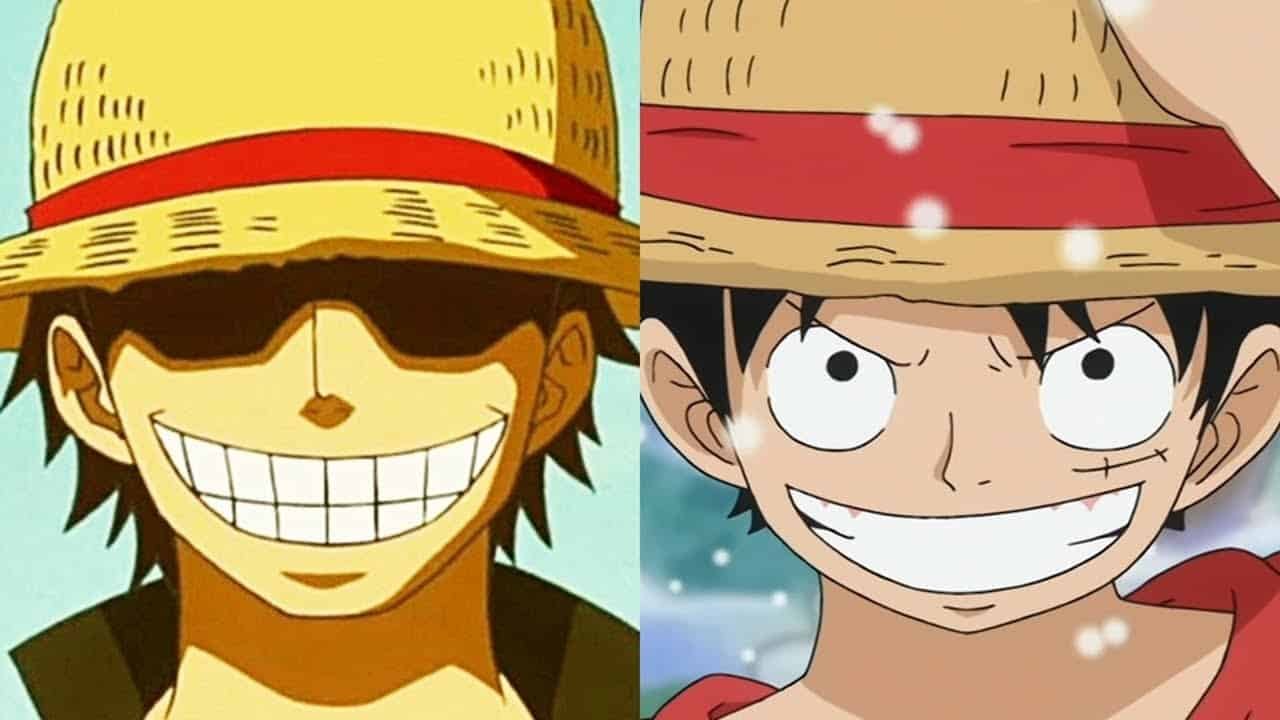 Monkey D. Luffy is more or less like the reincarnation of Gol D Roger, who left behind the “One Piece”. So it’s pretty obvious that Monkey’s destiny is already sealed. Luffy is the captain of the “Straw Hats Pirates” and is close to every member of his clue. His childish looks and personality are very deceptive and at a first glance, anyone would assume that he is dumb. But he is actually quite intelligent and his straight-forward outlook towards life allows him to foresee events of the future. He dreams of finding the “One Piece” one day and becoming the Pirate King but he is also very well aware that before that, he will have to grow much stronger than he is and defeat some deadly opponents. 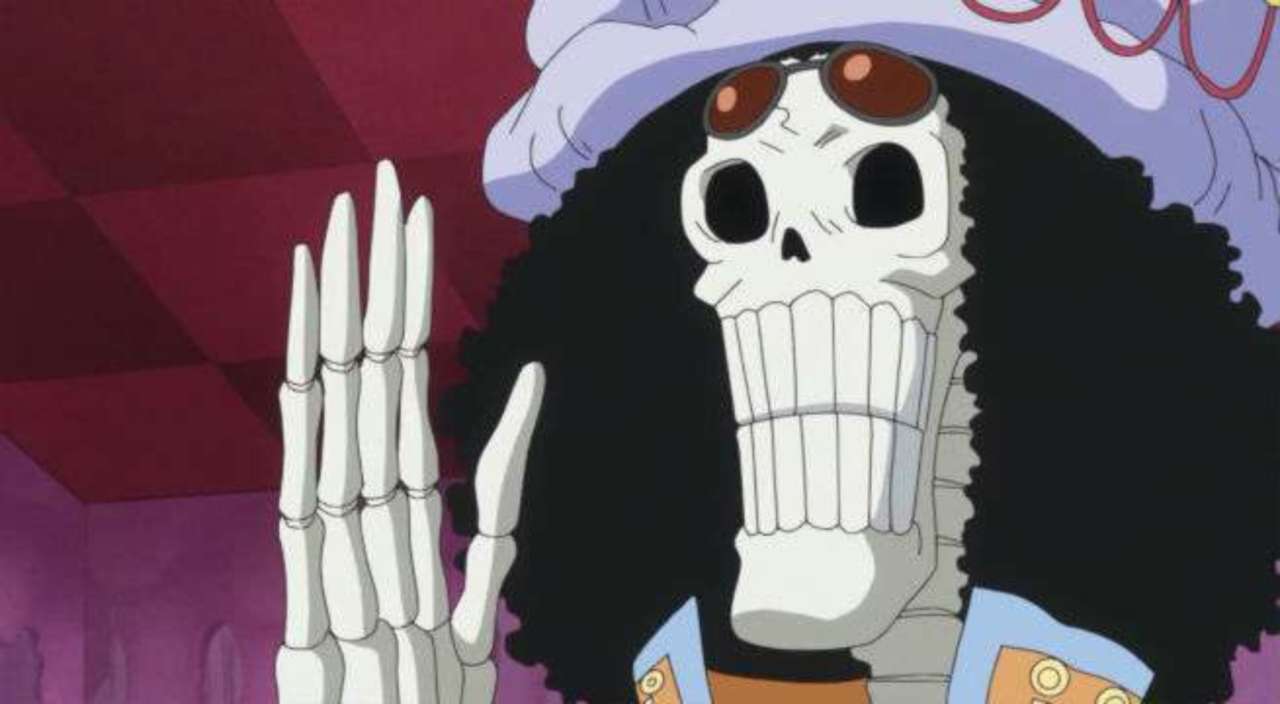 Brook, the self-proclaimed “Gentleman Brook”, is a skeleton who has spent way too much time in isolation. And though he likes the idea of being a gentleman, his time in isolation has made him something that is quite the opposite. His table etiquettes are the absolute worse; he screams for food to be served to him; he eats with his mouth open and also asks to swap his plate of food with others who seem to have a larger serving. He is also one of the most perverted characters of the anime and straight up asks women if he can see their underwear. He is also a talented violin player and because of his lightweight, he is able to jump far up to incredible heights and also walk on water. 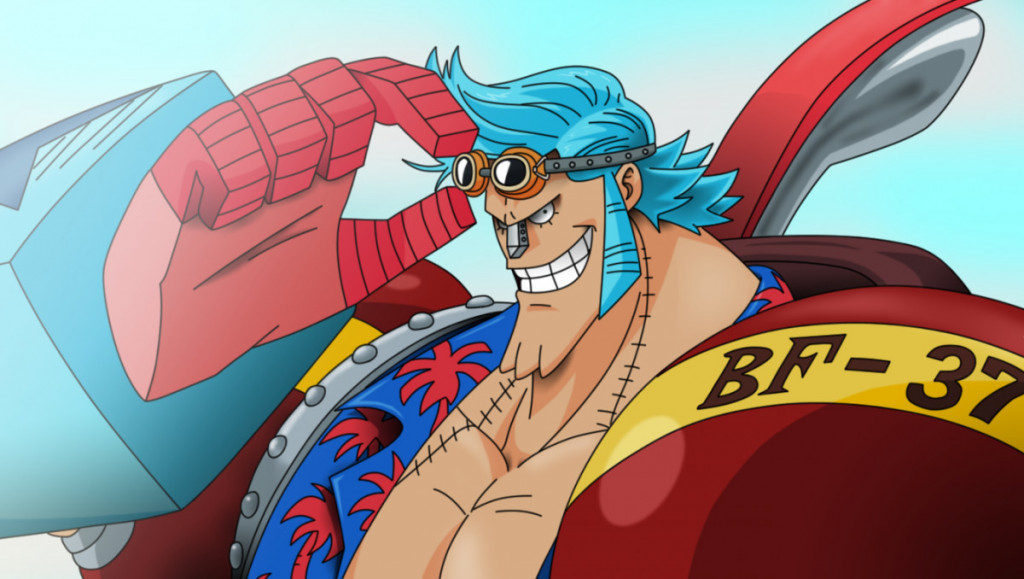 Franky is a gigantic 34-year-old cyborg who has a strong hunky upper body along with robotic arms. He is one of the crew members of the “Straw Hat Pirates” and dreams of building his own ship one day, which would take him to the end of the Grand Line. He portrays himself as this tough guy who is angered quite easily but he is actually very emotional and often bursts out crying with large tears when someone recites a sad tale. He has a very bold and flamboyant sense of style which makes him appear very confident. But he never hesitates to fight back when his friends are in danger and in general, he is also able to make new friends very easily. 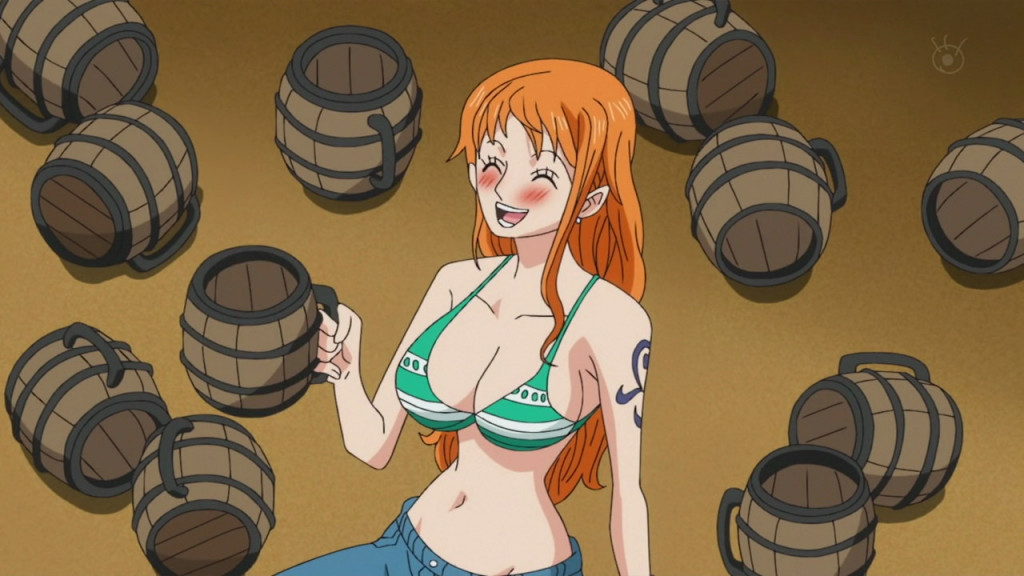 Nami is the Straw Hats Pirate crew’s navigator. She has an unusually strong intuition that has saved the crew from bad weather on multiple occasions. She often playfully hits her other friends on board when they do something stupid. As much as she respects Monkey as the captain of their ship, she hates the fact that his attention span is so less. Despite being your typical curvy anime girl, she acts more like a motherly figure for the crew and more often than not, gets the final word.