When will One Piece Episode 918 Premiere? 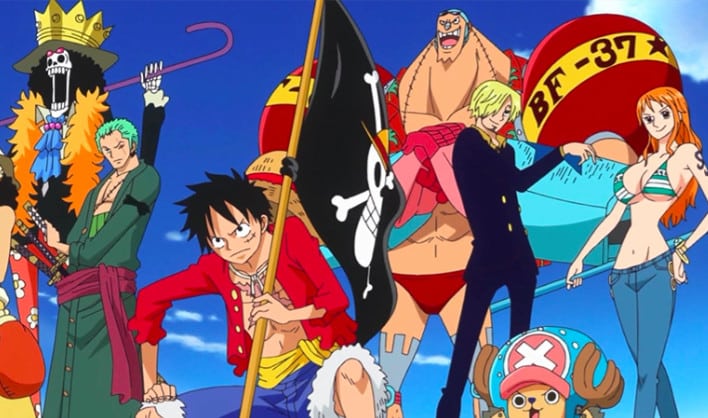 ‘One Piece‘ has been around for over two decades now and the die-hard fans of the series who have been following it all along will swear that it’s nothing less than incredibly epic ride throughout its runtime. With a promise to get better, ‘One Piece’ returns with a new episode every single week. And if you just can’t get enough of this shounen, you might want to read on further to know all the details of its upcoming episode.

One Piece Episode 918 Release Date: When Will It Premiere?

Where to Watch One Piece Episode 918 English Dub Online?

You can stream ‘One Piece’ on Funimation, Crunchyroll, and AnimeLab with its official Japanese audio and English subtitles.

As you may already know, ‘One Piece‘ centers on the adventures of a notorious 17-year-old pirate named Luffy. Like all the pirates of his world, he embarks on a journey to look for the coveted “One Piece” treasure. The entire world seems to know that the treasure can offer unlimited power and wealth to the ones who find it, but no one truly knows all the secrets that it holds. And that’s why Luffy, along with his crew of other eccentric characters, sets out to find the treasure. Across the Grand Line, he makes new friends, comes across some very strong enemies and eventually, unravels all the mysteries that surround the treasure that everyone seeks.

After losing his battle against Kaido, Luffy is sent to the prison of the great mine. He is tied up with sea stone collars and cuffs, and in the meantime, the Straw Hat crew gets to know about his defeat and imprisonment. While they begin to plot his escape from there, Luffy is brutally humiliated by all the other pirates at the prison who force him to accept Kaido as his master. To his surprise, he also ends up meeting Captain Eustass Kid in the cell right next to his and they together curse Kaido.

In the events that follow, Persona hears the news about Gecko Moria being alive and instantly goes up to Mihawk to tell him all about that. Mihawk seems to be least bothered by the news and he just dismisses it by claiming that he barely cares. In the meantime, somewhere on an island in the New World, Gecko finally appears and calls out for Blackbeard. Blackbeard does not appear in person to meet him but his commanders with weird abilities reach there and tell Gecko all about the clashes between Admiral Fujitora and Ryokugyu, and how Luffy is now in prison. This suggests that after the whole time skip, Blackbeard has gotten smarter and is now following every move of the pirates and revolutionaries.