There has been a resurgence in pandemic movies lately, and I need not explain why. Among the slew of movies relevant for the present times, Takashi Doscher’s ‘Only’ is a lesser-known sci-fi drama. Instead of treading a path similar to other dystopian dramas out there, ‘Only’ primarily focuses on the direct effects of a pandemic on a couple. It thrives on the intimacy and subtle developments of its two main characters and also presents two mature yet distinguished perceptions of a desaturated world. The film’s narrative unfolds itself with two different timelines. And so, for some viewers, its convoluted storyline can be a little baffling. So here’s the ending of ‘Only’, explained.

A comet passes Earth’s surface and brings with it a form of ash that glazes the planet for several years, covering it in shades of white and grey. This ash carries a deadly virus that, for some strange reason, only proves to be fatal for women. As the population of women in the world starts to dwindle, Will goes awry and worries if his girlfriend, Eva, will make it out alive. He does everything in his power to prevent the virus from reaching her, but is that enough? While their relationship suffers because of this calamity, women all over the world perish. As a result, the government imposes a hefty bounty on women, in the hopes of restoring the world’s decreasing female population through artificial birth. Due to this, Eva and Will go into hiding.

A Time for Introspection 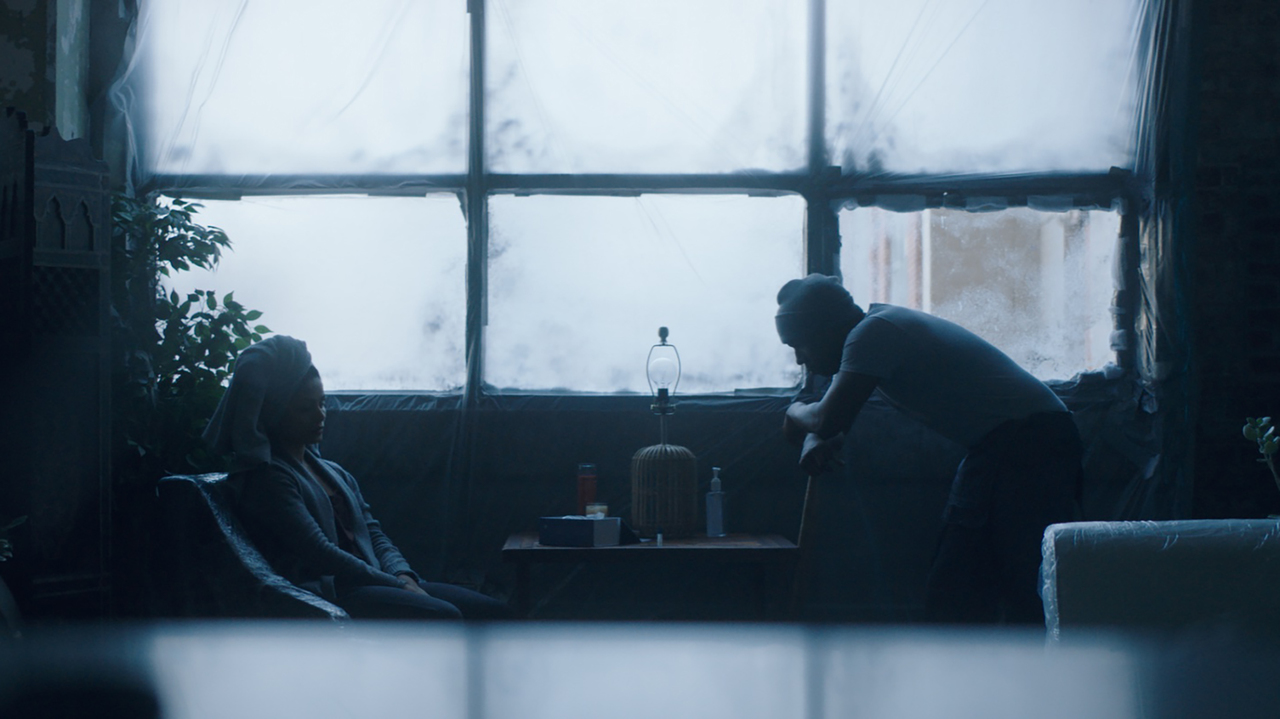 The spread of the virus hits the world hard, and Eva seeks solace from an online group of surviving women. In the meantime, Will, who fears to lose Eva, unknowingly tries to control her. In these moments, the couple barely agrees with one another. However, flashbacks reveal that they were not always the same. Will was always a protective boyfriend but never a “jailer.” But now, after the deadliest virus has wiped off almost half of the world’s female population, Will takes it upon himself to ensure that Eva does not step outside their house. Even their home reeks of Will’s twisted idea of confining Eva—the walls are draped with plastic that Will religiously seals and sprays with disinfectants. He also relies on canned food just to make sure that Eva does not get infected through any external sources. By doing all this, Will sucks out even the most trivial joys out of their lives just to keep Eva safe. And at on point, it starts to look like he’s doing it more for himself and less for her.

In the meantime, all of this gives Eva some time to introspect. At first, she calmly accepts everything that Will does for her. Even when she feels flustered about the situation, she finds support in an online group of women who are going through something similar. But as days go by, the numbers on the group also begin to fall, eventually leaving Eva and only a few other women online. Almost as a reminder to herself, Eva collects their pictures and pastes them on her blue plastic wall. As revealed in the closing moments of the film, Eva does eventually step out in the open world and intentionally breathes the infected air.

The Ending: Why Did Eva Step Outside? 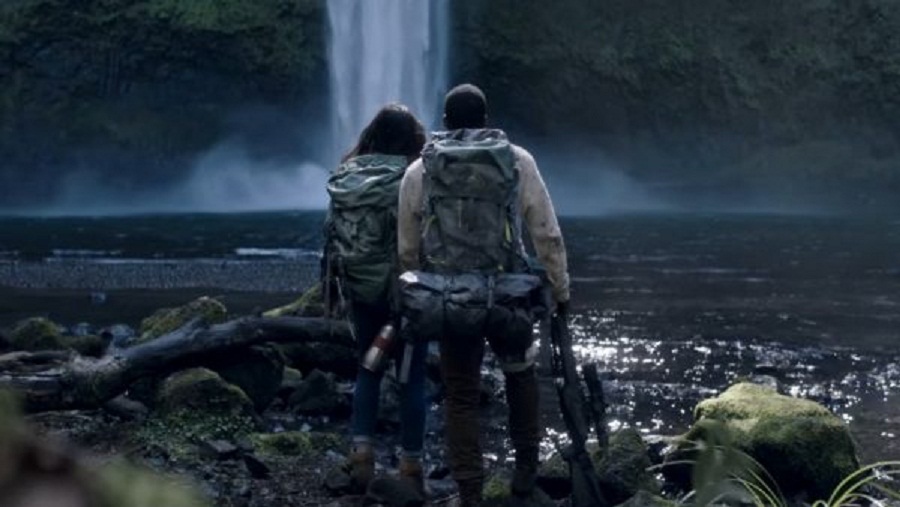 Throughout its runtime, the film keeps drifting back and forth between the couple’s past and present. In the present, Eva is infected, but she’s in the world outside. Whereas in the past, she struggles to make any sense of her forced quarantine. Using these two parallel timelines, the film tries to blurs the lines between life and death. Being trapped inside their quarantined home kept Eva safe, and she did not resent that for once. However, it was Will’s overly cautious behavior that eventually forced her to defy him and step outside.

The whole idea behind living a restrictive life served only one purpose for the couple—survival. Contrarily, if they are not living freely, what’s even the whole point of living. There’s a scene in the movie where Will justifies their quarantine by claiming that doctors will eventually find a cure for the virus. And once that happens, Eva can finally walk free. But from Eva’s perspective, Will holds onto a false sense of hope, and to an extent, she’s right. Why else would the government abduct women and only use them for artificially increasing the world’s population?

In the closing moments of the film, it is revealed that Will gets paranoid to an extent where he restricts Eva from talking to her father. Consequently, Eva reaches the end of her wits with him and rushes outside. She breathes in the infected ashes that still rain on the surface of the Earth, and with this, she not only sets herself free but teaches Will a valuable lesson—Life is all about enjoying it while it lasts and not making it last forever. The present timeline reveals that the couple is out in the real world, finally embracing its simple pleasures.