Will There be an Operation Christmas Drop Sequel? 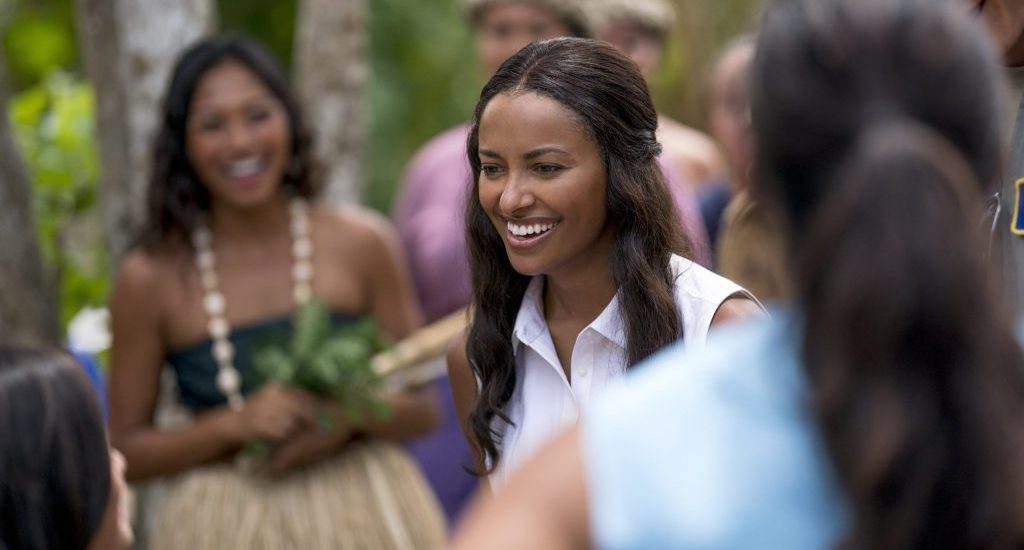 ‘Operation Christmas Drop’ centers around Erica Miller, a congressional aide sent to investigate an annual operation of airdropping goody boxes above remote islands around Christmas by US Air Force officers stationed at the Andersen base, Guam. Erica’s grinch of a boss wants to shut down the Andersen base’s operations. When Erica reaches the idyllic tropical haven, Captain Andrew Jantz, who is in charge of Operation Christmas Drop, asks her to spend 24 hours experiencing and observing what they do at the facility.

As more details about the crowd-funded charity operation that’s run by Air Force volunteers in their off time come to light, Erica finds herself warming up to the extremely fulfilling mission that aims to spread Christmas cheer. Additionally, she also finds herself falling for the charms of Captain Jantz, who has something of a Santa complex. It’s a heartwarming film with a festive theme, and if you’ve seen it on Netflix, you must be wondering if a sequel is in the works. Here is everything you need to know.

‘Operation Christmas Drop’ released on Netflix on November 5, 2020, and overall received above average reviews. While the critics had nothing too bad (or too great) to say about the film, audiences quite liked the movie for its feel-good enthusiasm for the spirit of Christmas.

Operation Christmas Drop 2 Cast: Who can be in it?

‘Operation Christmas Drop’ stars Kat Graham (of ‘The Vampire Diaries‘ fame) as the ambitious political aide Erica, and Alexander Ludwig (‘The Hunger Games‘, ‘Vikings’) as the charming do-gooder Captain Andrew Jantz. Virginia Madsen (‘Candyman’, ‘Dune’) plays Congresswoman Angela Bradford. If a sequel is made, these actors can be expected to reprise their roles for the second installment. There is a good chance that actors who play supporting characters in the film like Trezzo Mahoro, Bethany Brown, and Rohan Campbell can also feature in the sequel.

Operation Christmas Drop 2 Plot: What can it be About?

‘Operation Christmas Drop’ ends with Erica and Andrew, along with his team of Air Force pilots, successfully delivering essential supplies to the native islanders before Christmas by airdropping the boxes close to their shores, as the people cheer for their Santas from the beach. It’s a very moving experience for everyone but most of all for Congresswoman Bradford, who came there wanting to shut the whole operation down. After witnessing the humanitarian effort firsthand, the Congresswoman, all awash with renewed Christmas spirit, agrees to take a look at the report Erica has written which lists ways that the Andersen base can remain operational and cost-effective. Erica gets her long-coveted promotion and surprises Andrew by arranging for his family to travel to Guam as a Christmas treat. They finally acknowledge their building attraction by kissing each other as the film ends.

Well, since Operation Christmas Drop is an annual thing, there is scope for making another Christmas movie that’s set against the same background of the Andersen base airdrop. As far as we can guess, there are three possible storylines for the sequel. We might get to return to Guam in the next film, again during Christmas time and have a story centered around another year’s Operation Christmas Drop, or we could see Erica and Andrew pursuing a relationship back home in the States (or wherever Andrew is stationed). The third most likely scenario is that we get a set of whole new characters and a fresh story around them.