Will There be an Ordeal by Innocence Season 2? 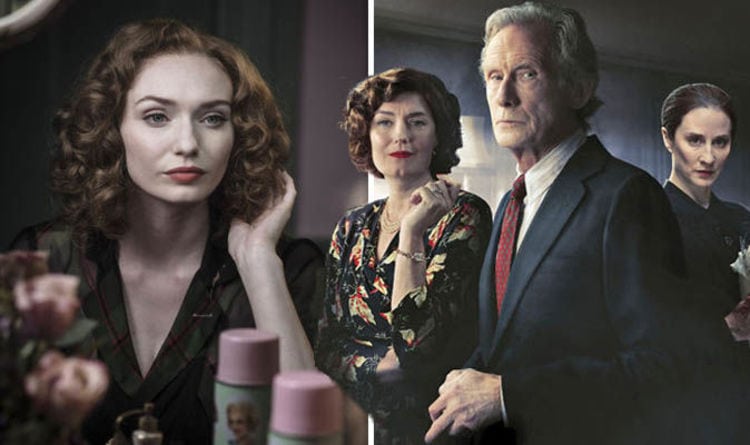 The success of true crime as a purebred documentary genre has arrived rather recently – most pundits point towards the success of Errol Morris’ The Thin Blue Line (1988) as the juncture which kickstarted the swath of documentaries by bringing it into the mainstream. Fiction, however, is a different case altogether. Detective/crime fiction has been in vogue for way over a century when we only consider its prominence in the English literary medium.

Way before Conan Doyle’s fame, the penny dreadful and the pulp-novella frequented the muddy territory of mobsters, the underworld, crime, and punishment. Elsewhere in Europe, the picture was about the same – crime fiction draws us by the same formula that makes true crime so successful today, after all: the innate thrill and discreet charm in the transgression of the law – something lauded even in the preachy moral firmness of Victoriana. Naturally, this smoothly transitions onto TV.

We have had practically countless adaptations of Sherlock Holmes, even discounting all the palpable influences it had on otherwise original shows (e.g. House M.D.). The other European hits also have their fair share. Next to BBC’s adaptation of Doyle’s Sherlock played by Benedict Cumberbatch, we have ITV’s adaptation of Simenon’s Maigret played by Rowan Atkinson. Agatha Christie, needless to say, is low-hanging fruit for filmmakers and producers willing to capitalize on the time-tested demand of detective TV shows. Most of the shows so far have been centred around the travails of Poirot (e.g. The ABC Murders), but this time around BBC has turned its eyes upon a non-Poirot classic Christie: Ordeal by Innocence (release date: April 1, 2018).

Ordeal By Innocence Cast: Who is in it?

Although the TV adaptation shifted the location from the original West Country to a Scottish hamlet, the cast is largely British with the exception of the housekeeper Kirsten Lindstrom, played by Scottish actress Morven Christie (whom many would recognize as Alison Hughes from BBC’s The A Word). The rest of the cast aren’t household names by any stretch, but this does not mean that BBC’s cast is bereft of star power – it has the usual high production value from BBC and stars top-tier veteran actors.

As an intricate murder mystery spanning numerous persons of interest, Ordeal by Innocence has a sizeable cast. Perhaps the most well-known of the actors also play a prominent leading figure: Bill Nighy, known as Davy Jones in the Pirates of the Caribbean and also for his role in Curtis’ hit rom-com Love Actually (2003), plays Leo Argyll.

Ordeal By Innocence Plot: What is it about?

Adaptations and their nuances aside, Ordeal by Innocence itself is a curious departure from the typical Agatha Christie fiction – it is at times almost a willful subversion of the expectations you go in with. Rather than the foregrounding of the murder, Ordeal by Innocence begins with a conviction. As Rachel Argyll lies dead on the floor with her head bludgeoned, her son Jack Argyll is convicted and put behind bars. The dramatic turn begins with the unravelling of an already complicated precedent rather than the complication itself: over a year later, with Jack dead in prison, a stranger shows up with an alibi demanding that Jack was innocent.

We will not be spoiling the rest of the story (since the suspense is the whole point of a thriller), but say this to those who have actually read the original book: expect some major alterations – including even the resolution of the plot. The most apparent departure is the Scottish locale the show is shot in, rather than western England.

The show also takes its licenses to make its remarks on social issues. This includes the issue of how women are treated in the actual novel (co-incidentally, parts of the show were shot again with Christian Cooke as Mickey when the original actor, Ed Westwick, was accused of sexual assault back in 2017). On the technical domain, the adaptation retains the signature BBC thriller colour palette seen for example in Sherlock. The show also takes its chances with bombastic shots particularly before flashbacks, as clocks literally rewind, and bloodstains evaporate from fabric.

Ordeal By Innocence Season 2 Release Date: When will it premiere?

Ordeal by Innocence Season 1 premiered on April 1, 2018. The three-part miniseries that ran until April 15, 2018, is almost certainly a one-off. It is a mostly faithful re-imagination of Christie’s original novel, and straying further away with an extension of the script is absolutely out of the question. It is any fool’s guess that writers would be digging their own graves trying to write a sequel to it – not only because there is no scope in the plot’s framework, but also because the show never detracts from the original’s setting and context.

A second season is therefore not a possibility, and so there are no release dates for it either. However, until this is confirmed, the renewal status of the series remains unconfirmed and we might just as well bank on its return. If that were to happen, one should expect Ordeal by Innocence Season 2 to be released in early 2020.

While you wait for updates on season 2, there is always the debut season waiting for your perusal – we are certain it will go on reruns on BBC One eventually. Meanwhile, you can watch the trailer for Ordeal by Innocence below. The series is available to stream on Prime Video.

When Will ‘Worst Cooks in America: Celebrity Edition’ Return to Food Network?

When Will ‘Epic Warrior Women’ Return to Smithsonian Channel?

When Will ‘Christiane Amanpour: Sex & Love Around the World’ Return to CNN?