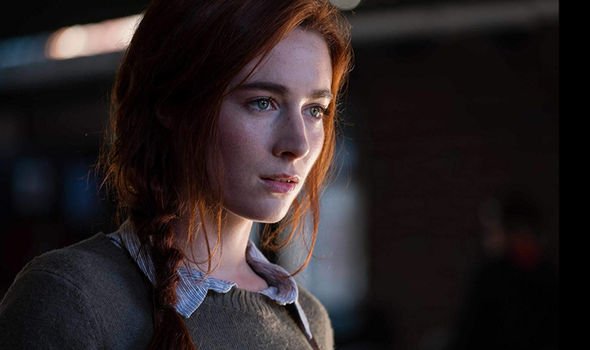 Origin is an American science fiction web series created by Mika Watkins. Mika is also the writer and co-producer of the series along with a host of other producers like Andy Harries, Josh Appelbaum, Jeff Pinkner and Scott Rosenberg. It was announced in late 2017 that YouTube had ordered the show with ten episodes and that it would premiere in 2018. Finally, the series premiered on YouTube Premium on November 18, 2018. Five directors joined hands to direct the series with each being at the helm of two episodes. The directors were Paul W. S. Anderson, Mark Brozel, Ashley Way, Juan Carlos Medina and Jonathan Teplitzky.

Origin Cast: Who’s in it?

Natalia Tena as Lana Pierce and Tom Felton as Logan Maine, both who were earlier seen in the Happy Potter movies, are the primary leads. Along with them, the cast includes Sen Mitsuji as Shun Kenzaki, Nora Arnezeder, a French actress and singer, as Evelyn Rey, Fraser James as Dr Henri Gasana, Philipp Christopher as Baum Arndt, Madalyn Horcher as Abigail Garcia and Siobhán Cullen as Katie Devlin in the main roles. The supporting roles includes some popular names like Ray Fearon as Omar Touré, Millie Davis as Ruby Touré, David Sakurai as Murakawa, Nina Wadia as Venisha Gupta, Jóhannes Haukur Jóhannesson as Eric Carlson and Adelayo Adedayo as Agnes “Lee” Lebachi amongst others.

Origin Plot: What’s it about?

A group of colonists selected by a monolithic Siren Corporation are sent on a spaceship to populate a distant planet called Thea. Their journey is cut short as the spacecraft suffers a technical failure and eight passengers mysteriously wake up in the middle of the flight and find that the crew of the flight is missing and the ship is severely damaged. They realize that their spacecraft is five light years far from earth and so they are far from reaching Thea. They can’t trust each other, but they must all work together to unravel the mystery as to why they did not reach their destination as planned. Through a series of flashbacks, their backgrounds are revealed as the series progresses. It is revealed that one amongst these band of misfits is not who he claims to be. Panic sets in, and a series of impulsive decisions lead to the death of one amongst them.

Origin is science fiction wrapped in murder mystery. There is a horror element to the series as well. All in all, Origin is an undeniably stylish tv show wherein flashbacks are impeccably used through impressive visual effects.

Season 1 was widely appreciated for the visuals and computer graphics used. The horror atmosphere depicted was impactful. The show also received criticism from some corners for lack of a proper story. Some critics pointed out that except for the fact that the events take place in the space, there is not much in the series that qualifies as science fiction. Despite the negative reception, plenty of its viewers found it thrilling and praised its characters for being relatable and having engaging backstories. Viewers were kept on the edge of their chairs because of its many twists and turns. The visual effect was particularly liked despite Origin being a low budget series. Most of what we have heard so far points at a second season and if it indeed recommissioned, it would most likely continue the story from where season 1 ends.

Origin Season 2 Release Date: When will it premiere?

Origin Season 1 premiered on November 18, 2018. As far as next season is concerned, Watkins has expressed enthusiasm for not just the second season, but the third and fourth as well. She said, “When I went into it I had a strong idea for season 1 and then I had plans for season 2, 3, and a look for season 4,” Watkins said. “So in that sense, there was a lot of looking ahead. But once I started writing, some of these storylines and things developed. And as you say, once I got to know the actors — I can’t write Logan anymore without thinking of Tom Felton.”

As of now, there is no official announcement about a possible season 2 of Origin, but based on the popularity of the show, there is a high possibility that YouTube will order it for a second season. The renewal should be announced soon along with an air date. We believe Origin Season 2 can release sometime in November or December 2019.

The trailer for season 2 is yet to be out. In the meantime, you can catch all the episodes from the previous season on YouTube Premium. Wait for the next season, when the team comes back to you with their surreal stories!