It must be a hard journey for a curious teen girl from Ireland to cross the Atlantic, make space and name for herself in the LA and return to her homeland as a Hollywood superstar. Orla Brady stands high in front of us as an example with some of the classic roles in the history of Hollywood. While growing up in Dublin where her father was a pub owner, Brady worked as a waitress and a shop assistant.

At 26, she enrolled the Ecole Philippe Gaulier, Paris, and started studying mime. The Ecole Philippe Gaulier days laid the foundations for her stunning performances in theater productions like ‘House of Bernarda Alba’ and ‘Three Sisters’ at the Gate Theatre, ‘Blinded by the Sun’ at the National theater and numerous supporting roles in ‘Minder,’ ‘Absolutely Fabulous’ and ‘The Vicar of Dibley.’

Then came her iconic role in the BBC Show ‘Mistresses,’ which made her a household name. In the show, she plays a lawyer who cheats on her husband with a colleague. In the next phase of her career, Brady crossed the Atlantic to try her luck in LA. Hollywood offered her classical roles to play like the neglected wife in Lucy Gannon’s ‘Pure Wickedness’, and dramatic roles in ‘American Odyssey,’ ‘Fringe,’ and ‘Banished.’ She found fame on TV with the popular Shows like ‘Family Law,’ ‘Shark,’ ‘Doctor Who,’ and ‘Fringe.’ After a short hiatus, she reappeared as a warrior in AMC’s hit martial arts show, ‘Into the Badlands.’

Even in her 50s, Brady manages to maintain her sensuousness. In real life, Brady is married to the English photographer Nick Brandt, who canned Michael Jackson’s Earth Song, and lives an out-of-Hollywood life with her kids. At this point, the question that might be circling your mind is what is the next Orla Brady movie and TV show? Well, the good news is that we have a clear answer to that question. Here’s the list of upcoming Orla Brady films/TV shows scheduled to release in 2019 and 2020. We can only hope that the latest Orla Brady movies would be as good as some of her recent ones. 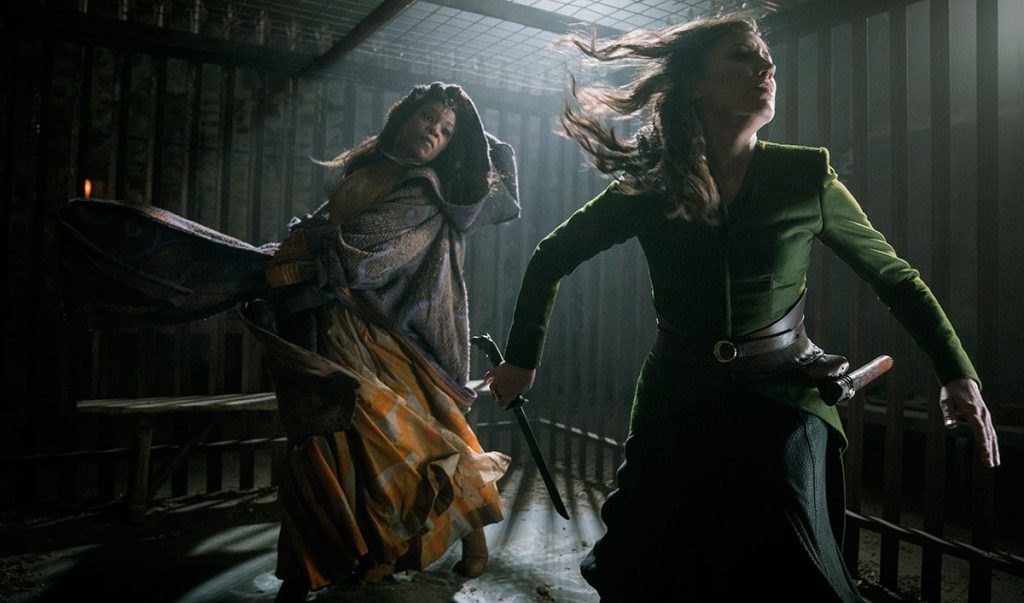 Orla Brady plays the iconic character Baroness Lydia in the AMC Show ‘Into the Badlands.’ Together with her husband Baron Quinn, played by Marton Csokas, Lydia has risen to the heights of power in the Badlands. Set in the post-apocalyptic world of the Badlands, the martial arts epic has garnered a strong cult following. AMC has announced that the latest season of the show is split up into two halves, and the latter, a grand culmination, will premiere in March. Reports suggest that season 3 will bring a number of the show’s cast back into action as a farewell gesture. Besides Orla Brady, the cast members include Nick Frost, Lorraine Toussaint, Emily Beecham, Ally Ioannides, Sherman Augustus, Ella-Rae Smith, and Lewis Tan.

Even though loyalties change and people shift sides in the wrap-up season, the makers assure one thing – the glorious and dazzling fight scenes. ‘Into the Badlands’ will have its farewell season premiere on March 24, 2019. 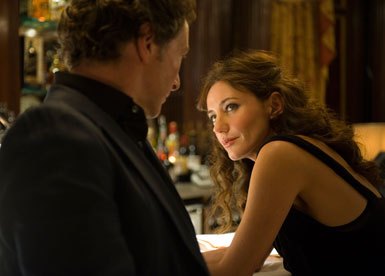 The emotional drama, ‘Rose Plays Julie,’ is one of the many ‘Irish films to watch out for in 2019.’ Directors Joe Lawlor and Christine Molloy examine the excruciating search of an adopted girl for her true self. The movie follows her to her biological mother, only to be rejected on the face. But the journey she takes from Dublin to London in search of the mother turns out to be a soul-searching one. ‘Rose Plays Julie‘ features Ann Skelly in the lead, with a power-packed supporting act Orla Brady and Aidan Gillen. David Collins produces the movie for Samson Films in association with Screen Ireland. The movie is due for a mid-2019 release in Ireland while the U.S. distributor is yet to be fixed.

3. A Girl from Mogadishu (Post-production)

‘A Girl from Mogadishu’ is an intense drama based on the real-life story of Ifrah Ahmed, a Somalian refugee who sought asylum in Ireland. The movie has Aja Naomi King playing Ifrah Ahmed and the supporting cast includes the Newstalk and TV3 broadcaster Pat Kenny, Orla Brady, Pauline McLynn, and journalist Maggie O’Kane. Based on the testimony of Ifrah Ahmed, the movie traces back to her phenomenal escape from a war-torn Somalia and her transformation into one of the world’s most prominent voices against gender-based violence. Ifrah was born in a refugee camp and trafficked to Ireland as a teen girl. She bore traumatic memories of childhood female genital mutilation on her body and mind.

When applying for refugee status with the Irish state, she vowed to devote her life to the battle to end the brutal practice of Female Genital Mutilation. ‘A Girl from Mogadishu’ is directed and produced by Mary McGuckian. The movie will have its worldwide release in 2019.