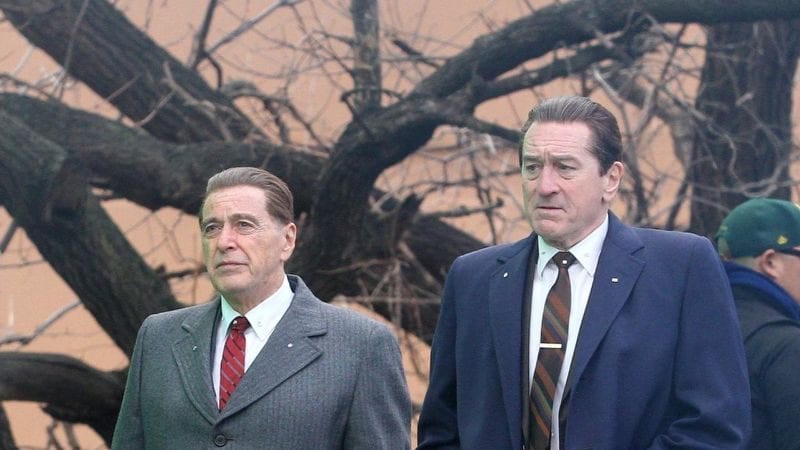 The Academy caused quite an uproar last year when it announced it would be giving away the awards for cinematography, film editing, short films and makeup/hairstyling during commercial breaks in an effort to reduce runtime and increase viewership. As the Oscars and controversies go, this controversial decision too was immediately vetoed by the who’s who of the industry. While what made this actually possible more than the tweets and the media outrage was a letter signed by biggies including Martin Scorsese, Spike Lee, Robert de Niro, Meryl Streep, George Clooney, and another host of close to 300 celebrities, accusing the Academy of “relegating these essential crafts to lesser status”. However, more than that, what caught my attention was particularly well worded tweet by Alfonso Cuaron, who incidentally was also awarded the Academy award this year for Best Cinematography for his rather prolific work on ‘Roma’. This is what he had to say:

On that note, and a rather deserved winner for the category this past year, we look forward and predict the nominations for the next year, which, from the looks of it look very, very promising. Read on.. here’s the list of best cinematographer contenders for Oscars 2020.

His work in ‘It Follows’ intrigued me with its unpredictability and unconventionality, but his work in M. Night Shyamalan’s ‘Split’ and ‘Glass’, and the rather absurdist ‘Under the Silver Lake’ by David Robert Mitchell cemented him as a credible cinematographer, leading him to be named one among the Top Ten cinematographers to watch out for by Variety. Looks like he might be ready to make the big jump with Jordan Peele’s home invasion psychological thriller ‘Us’, releasing this year.

5. Bruno Delbonell, ‘The Woman in the Window’

The French Cinematographer has been a frequent collaborator with two prolific directors, Joe Wright and the Coen Brothers, but his most prolific work, till date for me would be the Coen Brothers’ directorial ‘Inside Llewyn Davis’ for which he was also nominated for an Oscar in the cinematographic department. Continuing his definitive work, his second nomination came along with ‘Darkest Hour’, Joe Wright’s Winston Churchill biography and earned further acclaim for the western ‘The Ballad of Buster Scruggs’. Pairing up with Joe Wright again, Delbonell may have a real shot at the statuette with the psychological thriller ‘The Woman in the Window’.

What obviously brought my attention and intrigue toward Hoytema’s work was his association with Nolan over ‘Interstellar’ and ‘Dunkirk’, wherein he mastered the use of the fixed camera and PoV. His work, apart from the above listed Nolan directorials includes the excellent ‘Her’, ‘Spectre’ and ‘Tinker Tailor Soldier Spy’. Talk about high profile. Even five years hence, I strongly believe that he was majorly snubbed of a nomination for his work on ‘Interstellar’. Here is hoping that the Brad Pitt starrer space drama can set that right.

After Robert Richardson, Rodrigo Prieto has been a frequent Scorsese collaborator, working on ‘Silence’ and ‘The Wolf of Wall Street’ with him, and now, on the much awaited ‘The Irishman’. Apart from Scorsese’s directorials, his other impressive filmography includes ‘Argo’, and especially, notably well done for its evocation of naturalism, Ang Lee’s masterpiece ‘Brokeback Mountain’ for which he also garnered an Oscar nod. We all know Scorsese’s cinematography choices in his films to be anything but regular, and Prieto brought that to fruition in ‘The Wolf of Wall Street’, and his excellent use of low lighting in ‘Silence’. We won’t be wrong in expecting more of the same in ‘The Irishman’.

FOURTEEN nominations! The legend that he is, Deakins has shot probably the best made film from every year, and his diverse and genre fluid filmography include a host of modern classics and popular films including ‘The Shawshank Redemption’, ‘Fargo’, ‘Skyfall’, ‘A Beautiful Mind’, the excellently filmed ‘Sicario’, and another Villeneuve future classic, ‘Blade Runner 2049’, the last one also getting him his long due Oscar award. While I strongly believe announcing his credentials here is a futile exercise and an understatement to his legendary status, I still do, probably because it is his work that I look forward to the most.

1. Robert Richardson, ‘Once Upon a Time in Hollywood’

If you thought that the race for Oscar winners for cinematography was interesting until now with the inclusion of a few stalwarts, it just got shot to a legendary status just by the inclusion of this man, apart from Roger Deakins ofcourse. Robert Richardson has won the coveted title three times in the past, for his work on ‘JFK’, ‘The Aviator’ and ‘Hugo’, his most recent win of the three. However, as far as nominations are concerned, that is a different question altogether. What is also interesting is that Richardson has been the go to cinematographer for two of the directors we believe will be in a battle of the titans, come year end, Martin Scorsese and Quentin Tarantino. This isn’t where it ends though, two of the three times Robert Richardson won was when he was shooting for Scorsese, and three of the nine times he has been nominated was for Tarantino! A true showdown ladies and gentlemen.