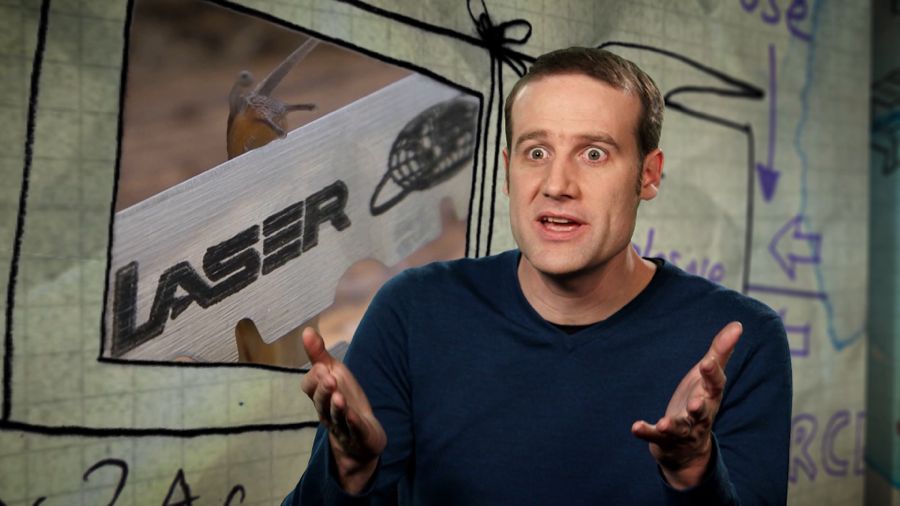 ‘Outrageous Acts of Science’ is a science reality show that first premiered on April 23, 2013, on Science Channel. The show features the top 20 videos viral on the internet, that are related to science experiments. The experiments can be dangerous, so it is always advised that you do not try them at home or without adequate safety measures.

Having run for 10 seasons, it is safe to assume that ‘Outrageous Acts of Science’ is a hit among fans. Naturally, the same fans are wondering whether there will be a Season 11. We delve into that right after offering a glimpse at the show’s details.

Outrageous Acts of Science Cast: Who’s in it?

The different versions of the show in Asia, Europe, and the U.S. are narrated and presented by different artists. In the American version, Tim Dadabo is the narrator of the show. Tim is a well-known voice actor, who has worked in different video games, movies and series. The commentary is generally heard in the background and not much intrusion is made in the show itself.

Apart from the narrator, there are a bunch of different science experts, who have associated with the show over the years. They are physicists like Helen Arney, Debbie Berebichez, Saad Sarwana, and Simon Foster; biologists like Carin Bondar, Adam Ruben, and Chris Krishna-Pillay; mathematicians like Simon Pampena, Matt Parker, and Hermes Gadelha; engineers like Mike North, Tom Wrigglesworth, Christina Aas, Jessica Jensen, Judy Lee, Eric Gradman, Amy Elliott and many more.

Most of the cast would probably be back as commentators and experts in ‘Outrageous Acts of Science’ Season 11, though we might also get to see new experts, depending on the topics being broached.

Outrageous Acts of Science Plot: What is it about?

The show displays a set of videos that are viral on the internet. These videos are independent scientific experiments and stunts performed by people. As we can never know what might go viral on the internet instantaneously, we also cannot generalize the subject of the episodes.

For example, there can be a video about a person creating a hot tub of liquid sand and also about freezing an antifreeze – we simply never know what might come next. The videos are shown on the screen and at the same time, experts from relevant fields decode the science behind the experiment. They explain the stunt in layman’s language so that everyone can understand it without any confusion. The show also uses visualized and animated illustrations for better understanding.

Apart from the experiments, there are also facts about natural phenomena. Ever wondered why dogs pant? Because they want to cool off. Many of us might not have known this cool fact, but in one of the episodes, this phenomenon is explained along with many other such explanations throughout the series.

In Season 10, the audience witnesses robot exoskeletons, thermite swords, extremely high-speed scooters, bright blue tarantula, the world’s smallest horse, and the world’s first driving dog. They learn how to take skates off the road and shoot an arrow around a corner.

They watch a blindfolded man catch an arrow, people jumping ‘into’ a plane and grizzly bears trying different products. Viewers witness that water can cut hair. They also witness the power of a sandcastle as it lifts a car and that of a paper, which stops an explosion.

Outrageous Acts of Science Season 11 Release Date: When will it premiere?

‘Outrageous Acts of Science’ Season 10 premiered on October 17, 2018, on Science Channel. The show was spread across 10 episodes and the last episode released on January 30, 2019. The series aired for the first time in the UK under the title ‘You Have Been Warned’ on Discovery International in 2012. It was also the top-rated show in 2015 for the U.S. TV Network.

The show has been very well received by the audience over the past 6 years and hence, we expect another new season of the show very soon. Though there has been no official announcement yet, we expect ‘Outrageous Acts of Science’ Season 11 to release sometime in March 2020.

The show is extremely addictive. You might start watching it thinking that you will switch to something else after a while, but trust us, you will not move away from the screen till the end. It is informative without getting boring and interesting without going overboard. All in all, it is a perfect show to binge-watch on a happy day.

There is no official trailer for ‘Outrageous Acts of Science’ Season 11 yet, but you can watch the clip below to get an idea of what it is about.