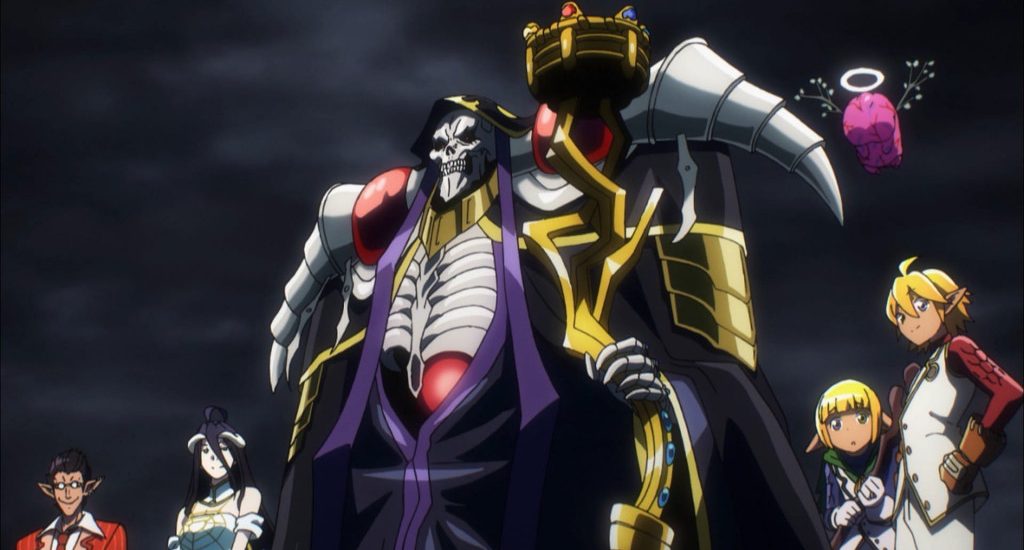 ‘Overlord‘ is adapted from Light Novels written by Maruyama Kugane. When it first came out, the anime appealed mostly to the growing fan base of the Isekai gaming anime genre after the huge success of ‘Sword Art Online’. While most other anime that followed the same setup came off as extremely cliched, ‘Overlord’ was able to establish itself on the better side of the spectrum. What makes this anime better than all the other ‘SOA’ spin-offs is its fascinating main character and the world-building. If you have ever been into playing MMORPGs, you’ll certainly feel that ‘Overlord‘ is almost like watching a walkthrough of one of those games.

Coming from Madhouse Studio, which is also known for creating some of the best anime shows like ‘Death Note‘ and ‘One Punch Man‘, the artwork of ‘Overlord’ is almost flawless. The animation style in itself is enough to transport you to the whole RPG setup of the anime and though it only has a few action scenes in the first season, all of them have been designed in a way that make them extremely impactful. The use of CGI can still be a little questionable but for the most part, it is not all that bad. The main character Momonga, though does not have flesh or human organs like most other fantasy heroes, still somehow seems to be a very likable character because of how he is animated and how the human side of his personality is reflected through his skeletal exterior.

Overall, Season 1 of ‘Overlord‘ is an amazing anime and its only major flaw is its short runtime of 12 episodes. And it’s because of this short runtime that the anime has raised a lot of questions in its last few episodes. So we’ll try to answer each of these unanswered questions based on what we could comprehend from the series and also by making a few of our own assumptions along the way.

The Ending: Who are the ones controlling Shalltear? 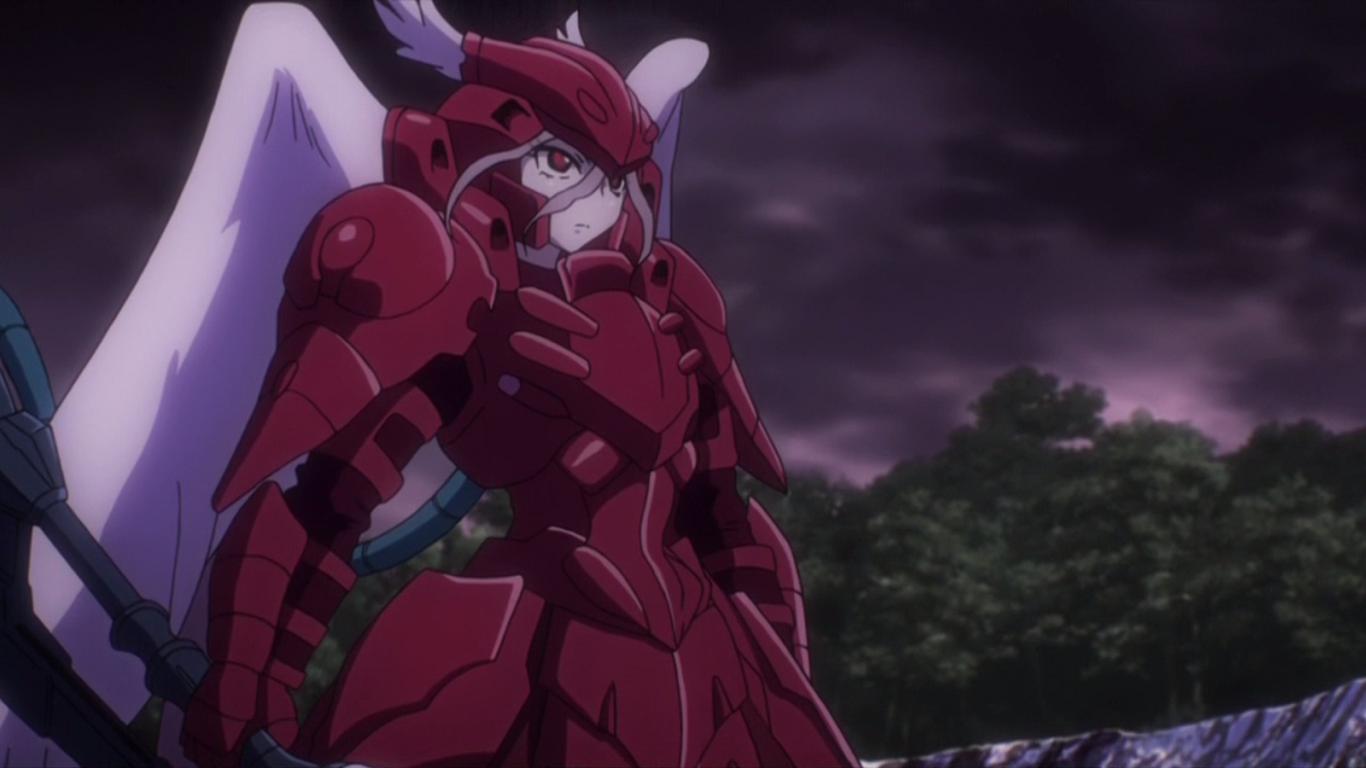 The Slane Theocracy decides to send the black scripture on a recon mission to the country of E Rantel. One big reason why they do this is to protect and later use the world item “Downfall of Castle and Country” so that they’re very well prepared for the revival of the Catastrophe Dragon Lord. While they are at this, they somehow run into Shalltear along the way. She confronts the Death Bringing Brigade and while she’s at it, Lady Kaide uses the world item “Downfall of Castle and Country” on her. For a while, Shalltear is also able to resist the effects of it and even ends up killing Lady Kaide. But eventually, she does get mind-controlled by the world item. This, in a way, implies that Shalltear was being mind-controlled by a dead person.

Who is Shalltear and How is She So Strong? 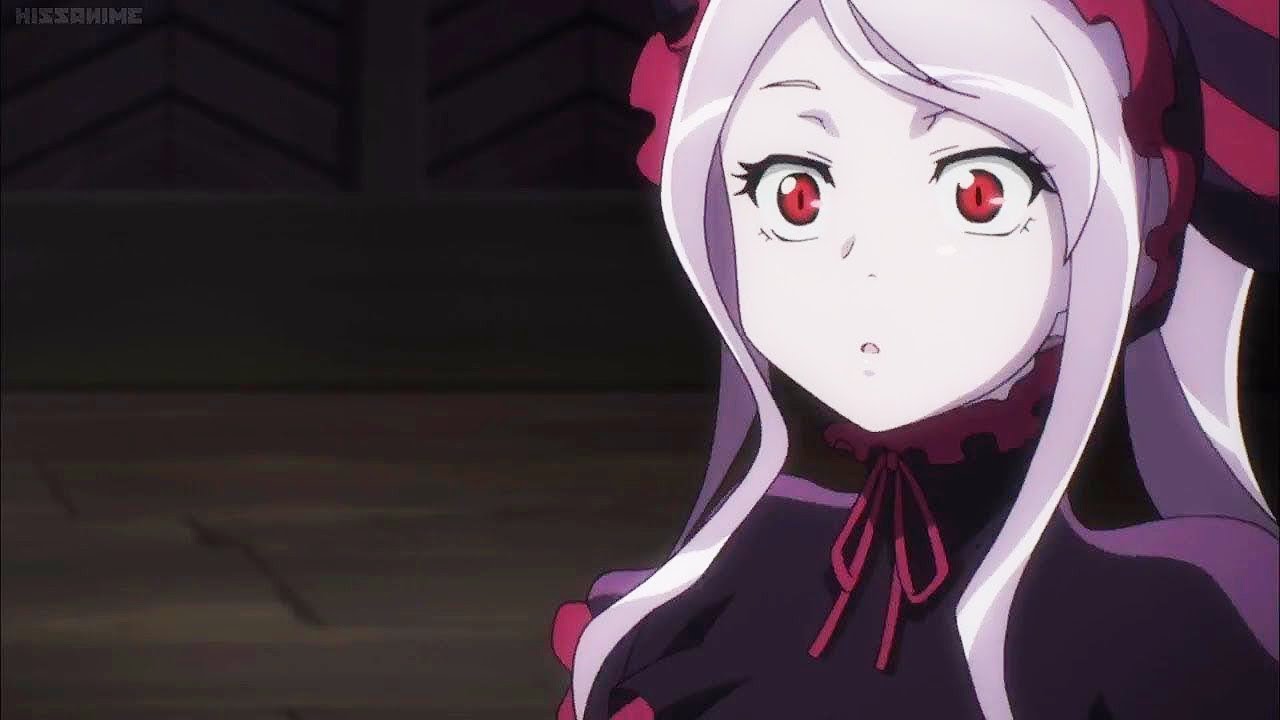 Shalltear Bloodfallen is the floor guardian of the first, second and third floors at the Great Tomb of Nazarick. She was created by Ainz’s guildmate Peroroncino and is now an NPC (Non-Player Character). After she ends up being mind-controlled, even many of the characters who are on Aniz’s side agree that his chances of winning against her are very thin. As a viewer, you must be thinking that if Ainz is one of the strongest beings in the game, then why was he not easily able to crush Shalltear in a battle?

At one point, Ainz himself agrees that if she had approached him more cautiously during the battle and had not fallen for his incredible fight strategies, she would be able to defeat him quite easily. So clearly, Shalltear is stronger than Ainz if her subjective strength is considered. The reason behind this is that when Ainz’s guildmate Peroroncine was designing his character Shalltear, as a joke, he made her in such a way that she is the perfect competitor for Ainz. So like all the other NPCs, when she starts to show sentience, she is able to retain all the abilities that were previously ingrained in her character by Perorocino.

Also, if you consider the light novel, chapter one of volume two mentions that Ainz considers himself to be a player of the upper-middle tier because he always neglected to raise his own powers. But if we consider the divine class items that he possesses and also his endless list of cash items, he can easily be ranked amongst the middle of the top-class players. Compared to this, if we consider Shalltear solely as a character and based on the equipment she possesses, she easily falls in the lower portion of the top tier. But if she possessed the divine class elements like Ainz, she would easily be able to fall in the middle of the upper tier.

So the only reason why Ainz is able to defeat Shalltear is that he is actually a player and Shalltear is only an NPC. Ainz wisely makes use of the “Perfect Warrior Spell” and is able to access the weapons of other class to defeat her. He also downloads the data of all the characters present in the game and figures out that Shalltear might have a stronger offense but his defense is way stronger than hers. Using this, he is able to drain all of her HP to finally defeat her using not only a lot of his magic but also his intelligence.

To What Extent is Momunga Living in the Gaming World? 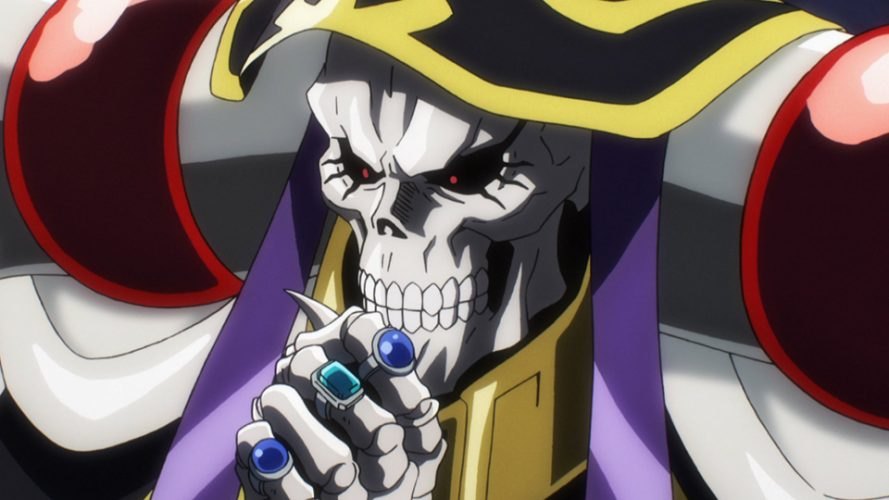 ‘Sword Art Online‘, which has the same gaming setup as ‘Overlord‘, makes it clear that its characters have not been physically transported to the gaming world and are only mentally involved in their gaming adventures. There are also several other similar Isekai anime which clearly show that the characters are being magically transported to the gaming world. But for some strange reason, ‘Overlord’ simply shows that the main character decides to play the game for the last time and later realizes that he is not able to log out. All of the NPCs who were previously controlled by his guildmates start to show sentience and that’s where the whole adventure beings.

There are several hints in the anime itself which suggest that this setup is nowhere close to being anything like ‘Sword Art Online‘. In ‘SOA’, though the players realize that they’re trapped in the new world, they still have to play it like a game. But in ‘Overlord’, the main character and even the NPCs show real-life emotions. Though the NPCs are not being controlled by real players, they still don’t seem to act based on the actions that are programmed to them.  Instead, they show personalities of real-life humans. Even Aniz’s character initially finds it really hard to adapt to his new body and personality and more often than not, even his human personality directly reflects from his gaming avatar.

Contrary to the above discussed theory, there are also a few other theories that claim that the gaming version of him is more like an A.I clone of his personality. And this seems pretty convincing as even the other players could very well just be A.I avatars of their human players. There’s also a theory which states that just because Yggdrasil (the name of the game) is a DMMO-RPG (Dive Massively Multiplayer Online Role-Playing Game), its setup could be very similar to that of ‘Sword Art Online’. But then again, if he was actually sitting in his home controlling the character, he would have passed out from low sugar levels and lack of sleep ages ago.

If we consider the Light Novel, it states: “To date, this body of his had not felt thirst, so it did not bother him. Although he was well aware that the dead would not feel this way, he could not help but think this was all a joke once he realized that he was no longer human.” These lines clearly convey that in some way, the actual soul of his real-life character is now in the gaming avatar and his physical presence in the real world is probably non-existent.

If you had a great time watching the first season of the anime, you should certainly check out its season 2. The show not only gets better in terms of the aesthetics, but it also makes an attempt to resolve all the mysteries that season 1 leaves you with.

‘The Invisible Man’ is an Adaptation of H.G.Wells’ Novel. It is Also So Much More.