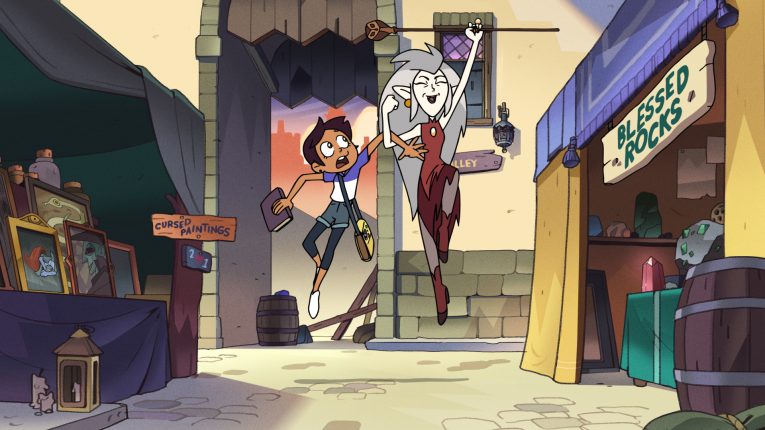 Disney’s ‘The Owl House’ is an engaging, quirky fantasy series that showcases some of the weirdest animated characters ever. From skin-eating fairies to eyeball-consuming monsters, it boasts rich storytelling and broad imagination. Featuring a talented voice cast, led by Sarah-Nicole Robles (Luz), Wendie Malick (Eda), and Alex Hirsch (King), the horror-comedy follows a teen girl named Luz, who stumbles into a magical portal and forms a partnership with the witch Eda and her sidekick King. She decides to become Eda’s apprentice in order to learn the ways of magic although she does not have any powers of her own.

The show’s freshman installment, after airing 10 episodes, went on a mid-season break on March 20, 2020. And the last episode left off on an incomplete note. Eda is cured of her curse by King but she notices that the elixir is not affecting her as it should have. Now fans are wondering how will the story take off from here. Well, we will have to wait for the next episode to get our answers. But when does ‘The Owl House’ season 1 episode 11 release on Disney? Read on to know.

The first installment of ‘The Owl House’ was commissioned for 19 episodes. The season was divided into two parts: season 1A and season 1B. Season 1A has already finished airing. ‘The Owl House’ episode 11 will release on July 11, 2020.

You can check out the official trailer for season 1B below:

Where to Watch The Owl House Episode 11 Online?

‘The Owl House’ releases new episodes every Friday at 8.45 pm EST on the Disney Channel. When the show returns, we expect it to stick to the same schedule. Therefore, you can watch episode 11, whenever it releases, by tuning in to Disney on your tv screens at the above timeslot. Otherwise, with an active cable id, you can catch the released episodes online on Disney’s official website.

There are several other streaming options as well. You can live-stream the series on Directv, Fubo TV, or YouTube TV. Previous episodes are available for purchase on Amazon Prime Video.

‘The Owl House’ season 1 premiered on January 10, 2020, and even before its premiere, it was renewed for a second edition. Disney has not confirmed an official air date yet but it did hint that the next season should be a part of the channel’s 2021 line-up. According to sources, the makers are gearing up for an early 2021 release. If things move according to plan, ‘The Owl House’ season 2 should release sometime in January 2021.