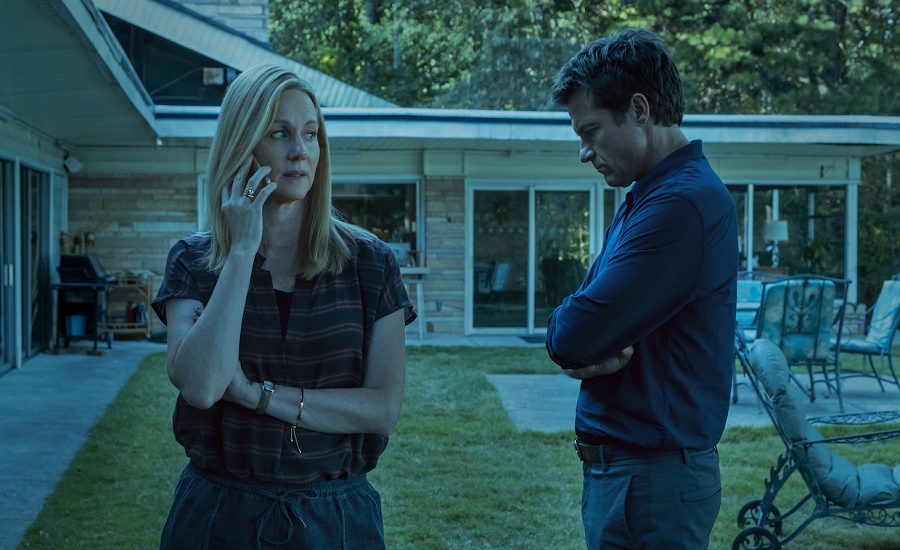 The third season of ‘Ozark’ has been an enjoyable ride, even if somewhat predictable, at times. The show made some new additions and expanded the horizons of its characters. The journey took them so far by the final episode that the entire chessboard looks extremely different from what it looked like at the beginning. While the ebb and flow of the storyline have kept it riveting, the true hero of this season is its performances, especially from Laura Linney.

The Academy Award-nominated and Emmy winning actress got another chance to put her talents on display with the emotional arc given to her character. With every episode, she takes Wendy through a torrent of emotions, that range from a murderous ambition to the heartbreak of losing their sibling.

In the final episode as well, she shoulders the responsibility of saying everything through her swollen eyes and slump body. The realisation that she made a mistake by not going with Marty’s plan in the previous season leaves her with guilt that might come into play in the next season. The ending makes it even more imminent for them to run away, but there are too many problems in their path now. They really are all in.

Ben’s death leaves everyone devastated. Wendy falls into a mental spiral where she finds it difficult to get back to life. She is tired of all the killings and death around her, and losing her brother has only broken her even more. Meanwhile, Marty tries to keep things running at the casino and tries to get Wendy back on her feet. Charlotte tries to keep calm during the crisis, while Jonah is infuriated by the inaction of his parents against Helen. When they do nothing, he decides to do something on his own.

Ruth tries to make sense of what happened with Ben, and on Wyatt’s insistence, follows up on the questions that have been burning up in her mind. This leads to a fallout between her and the Byrdes and she decides to call quits on the whole thing. Helen makes another move against Marty and Wendy and tries to secure a legal partnership in the Byrde Enterprise.

Now, the Byrdes have to come up with something that not only proves their loyalty to Navarro but also shows them that they are still as relevant to his business as they were when things were not so complicated. Seeing an opening in the Byrdes’ armour, Darlene makes a bold move to consolidate her standing and expand her business.

While Wendy goes through a roundabout journey in this season, hers isn’t the only character that faces a great change. Ruth, too, goes through one thing after another, the sum of which leaves her on a one-way road that leads her away from the Byrdes. The threat that Marty thought had been neutralised in the second season itself takes its time to recuperate and rebuild, and even if the Byrdes have the complete trust of their employer now, they will have a lot of trouble back home. Speaking of which, the children, too, have finally started receiving some character building of their own.

Ever since they came to know about what their parents do for a living, the characters of Charlotte and Jonah haven’t really come across anything new. In the second season, we witnessed some development with Charlotte’s arc, when she tried to be emancipated after she found the affairs of her family too bleak to handle. But all of that was magically swept away at the beginning of the third season.

Jonah’s growth, whatever it has been for so long, was moving at a snail’s pace. All of that, however, has finally come together, and hopefully, the fourth season will not make the mistake of this one. In fact, in the next season, it is expected that the conflict between the Byrdes and their son will only intensify and become fodder for more drama.

Considering where it brings everyone, ‘Ozarks’ leaves the audience wanting for more. What comes next is the question that we will look forward to being answered in the next season, and while there have been some grievances with this one, the fans will surely find themselves going back to it again, before Netflix finally comes around with the next chapter in the story of the Byrdes. It is just fight now, no chance of flight.

Read More: Where Was Ozark Filmed?