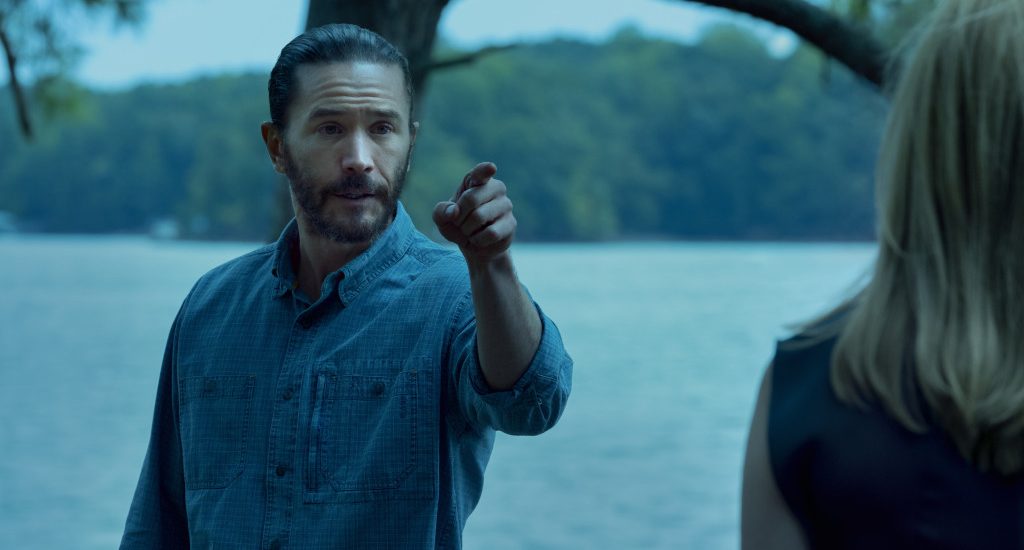 “What are we doing?” asks Wendy, at the end of it. What are they doing to their family? What are they doing to themselves? This time, last season, she had been of a different mind. She had been someone who thought she could make something good out of the mess they were in. She thought they could make a future for themselves, when now, it seems, that nothing is certain. It is not back to being bleak and unpredictable again. It had always been that way. Only Wendy’s perspective about it changed, and after this episode, she can’t take back any of it.

In its penultimate episode, ‘Ozark’ delivers an emotional rollercoaster to the audience. What had started with Ben’s outburst at Helen place comes with the repercussions that Wendy and Marty might not be able to recover from. The absolute turbulence that it serves sums up the entire series in one hour. In a way, it mirrors the journey of the Byrde family, and who’s to say it didn’t just foreshadow how it will end as well.

After Ben leaves Helen’s place, he comes to Ruth’s where he finds Marty waiting for him. He lashes out at him for committing him in the facility and lets it known that he saw Helen and told Erin about what they did. Alarmed by this, Ruth takes Ben to Darlene’s place and Marty alerts Wendy, who receives a visit from Helen. They try to keep Ben hidden as Helen has made it clear that there is no other option for liability such as her brother. Erin receives another confirmation of her mother’s job and decides to leave for the city.

The main focus of this episode is Ben, and Tom Pelphrey delivers a moving performance as him. He has brought the fierceness and the vulnerability in Ben with equal intensity. Even though the character was introduced only in this season, there was already a lot of history attached to him. The mention of him in the first season, with respect to Jonah, who had been involved with luring birds with animal carcasses, had created an air of mystery around him. Pelphrey picked it up right along and brought a charm to Ben that made him innocent as well as dangerous. Over the course of the season, the different shades of him took time to come out, and for the most part, he stayed in the background.

In the eighth episode, he got more spotlight and, in this one, he steals the show. His paranoia, guilt, aggression, hatred and love, all come out at once. The portrayal of bipolarity and how it plagues a person to the worst ends of their personality spectrum is portrayed powerfully. While we worry how his actions will reflect on the Byrde family, especially his sister, his shambolic mental state makes us sympathise with him and we hope that he makes it out of this mess, preferably with Ruth.

The episode also touches upon the bond between Wendy and Ben. Sibling relationship comes with its own love/hate scenario, and this season, that equation has been going up and down between them. Ben’s recklessness with his medications and him becoming more and more privy to the Byrde Enterprise’s true purpose has made it even more complicated. Wendy keeps asserting the importance of him taking the help that he so obviously needs and Marty wanted him out the first day itself, not because he didn’t like him, but because he knew how Ben could get and how hazardous it could prove for their operations.

The audience, however, didn’t know Ben with as much depth as the Byrdes did. In this manner, we were like Ruth, only recently getting to know this person who might be a bit troubled but doesn’t seem so bad. We were missing a chunk of stuff when it came to him, and with this episode, ‘Ozark’ filled that gap. It gave a complete picture of how it must have been for Wendy to handle her brother’s varying, unpredictable moods, and how it must be for Ben to suffer from the flood of emotions that get him in trouble every single time, and why exactly he should have listened to his sister all along.