Are Ozzy and Amanda From Survivor Still Together? 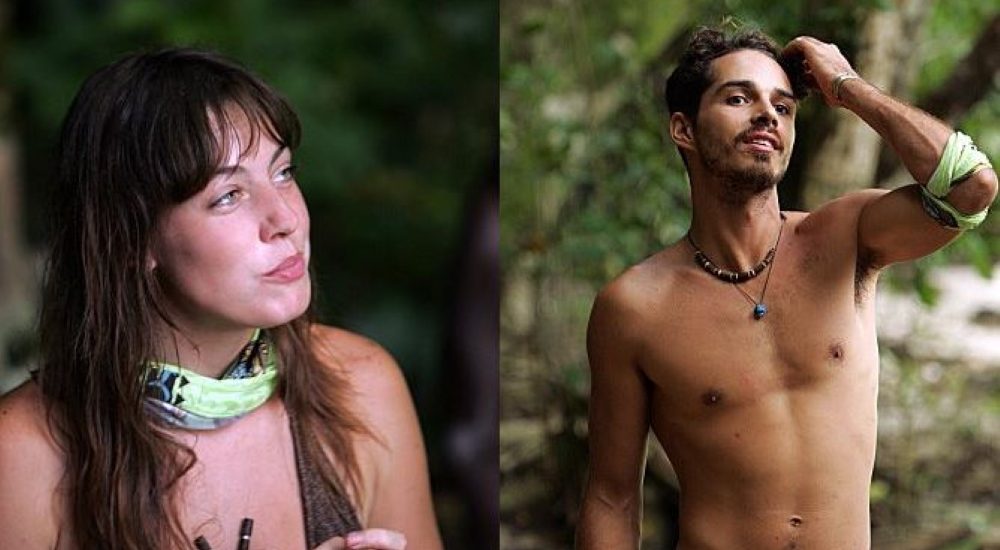 Since the year 2000, ‘Survivor‘ has been placing a group of complete strangers in an isolated location where they must develop alliances and provide food, warmth, and shelter for themselves. All individuals compete with each other in different challenges to gain immunity and are progressively voted out by their fellow contestants until just one remains to win the prize money of a million dollars.

Unlike ‘Love Island‘ or ‘Bachelor in Paradise,’ ‘Survivor’ is in no way a dating show. But, that doesn’t mean that people haven’t found romance in it. It’s rare, but it does tend to happen. Instead of just forming alliances and friendships, some people have formed deep connections that have led to intense relationships. And that is exactly what happened to Ozzy Lusth and Amanda Kimmel.

Ozzy Lusth was first introduced to us on ‘Survivor: Cook Islands,’ season 13 of the reality TV show. Thanks to personality and his agility, he quickly became a fan favorite of the series, but unfortunately, he couldn’t win and ended up as the runner up of the season. Ozzy came back to participate in the 16th season ‘Survivor: Micronesia—Fans vs. Favorites,’ but he couldn’t win this time around either. He also featured in the 23rd season and the 34th season of the series, ‘Survivor: South Pacific’ and ‘Survivor: Game Changers’ respectively, but they all saw the same outcome for him.

fifteen years ago I got a chance to play The Greatest Game; SURVIVOR…yes I’ve played 4 times and been able to play over 100 days but damn! i had no idea what I was doing the first season I played, (I still don’t!) I just had a blast and solidified my passion for nature and adventure and the idea that we all have so much unlocked potential. I am grateful to this show and all the people I’ve had the honor to play with and meet along the way. Big thanks to @jeffprobst and @markburnett13 …and @erikashay for giving me a shot in the first place, The experience truly changed my life. Im incredibly excited for this season 40, Winners at War! I’m rooting for too many of my comrades, and don’t have a favorite yet! Good luck to all these awesome players. Long Live Survivor! . . . . . @survivorcbs #survivor #survivor40 #

Amanda Kimmel, on the other hand, first came on the show in season 15, ‘Survivor: China,’ where she placed third and then followed it up by appearing in season 16 ‘Survivor: Micronesia—Fans vs. Favorites’ where she was the runner up. Her last appearance on the show was in the 20th season of the series titled ‘Survivor: Heroes vs. Villains,’ where she finished in the ninth place.

Ozzy and Amanda met for the first time when they were both the contestants of season 16 of the show and immediately formed a connection. By the time the second episode had come around, they were in a relationship, and Jonathan and Cirie, their fellow contestants, joked that Amanda would soon be having little “Ozzlets.”

A few people might have a problem with the horrid jungle breath or the fact that they are surrounded by cameras, but not Ozzy and Amanda. The couple didn’t hold back when they indulged in a steamy make-out session during their time on the show, and unsurprisingly, it was documented for everyone to see. Their relationship didn’t seem to affect their game plan, though, because not only did it look like they managed to balance it all perfectly, but Amanda even went on to be the runner-up for the season.

Wondering what happened to the couple after their time on the show? Well, read on because we have all the details for you!

Are Ozzy and Amanda Still Together?

Although the couple were still dating when the Micronesia reunion episode was filmed, they split-up not long after that. In an interview with Entertainment Weekly in 2011, Ozzy said, “It was jungle love man, and sad to say, coming back to the city, it just-it didn’t work. We couldn’t make it work. And I love her, she’s a great girl. I wish her all the best.” It seems like the circumstances and the timing just didn’t match up for them.

The positive thing is that neither individual let their break up affect their personal or professional life and happily moved on without any bad blood. On August 1, 2015, Amanda got married to Matt Copper, and a year later, the couple welcomed their first child together, a boy named Liam. In 2019, they had their second son, Logan. Yes, she keeps her personal life on the down-low, but we can see glimpses of it on her Instagram account, so make sure that you check it out.

I'm so excited to be married to the most wonderful man I know! #love #marriedlife #mrscooper

Ozzy has kept his personal life private too, but he doesn’t shy away from talking about his political or social views on his Instagram account. While he seems to be currently single, he is enjoying his life by traveling the world and having different experiences and adventures. His love for water and keeping fit by participating in triathlons are also evident on his page.