‘Paatal Lok’ is a very well-written crime drama series. Unlike most typical offerings of the genre, the show is not about a murder mystery that only hooks you with its element of suspense. It, instead, gets down and dirty with its characters, portraying both the negative and positive inner workings of their minds. With its impressive storytelling, it even goes on to add more depth to its overarching plot and eventually draws several intriguing parallels between all of its plot points. Speaking of which, its complex storyline can be a little baffling at times.  So further down in this article, we’ll be explaining the series for you.

When three men and a woman get arrested for the “conspiracy of murder” of a renowned journalist named Sanjeev Mehra, Inspector Hathi Ram is asked to build on the case. Hathi Ram, who was denied major investigations in the past, sees this as an opportunity to finally prove his worth. However, little does he realize that this case will lead him to the depths of the “paatal lok” (hell) of his world.

Who Hired the Assassins? 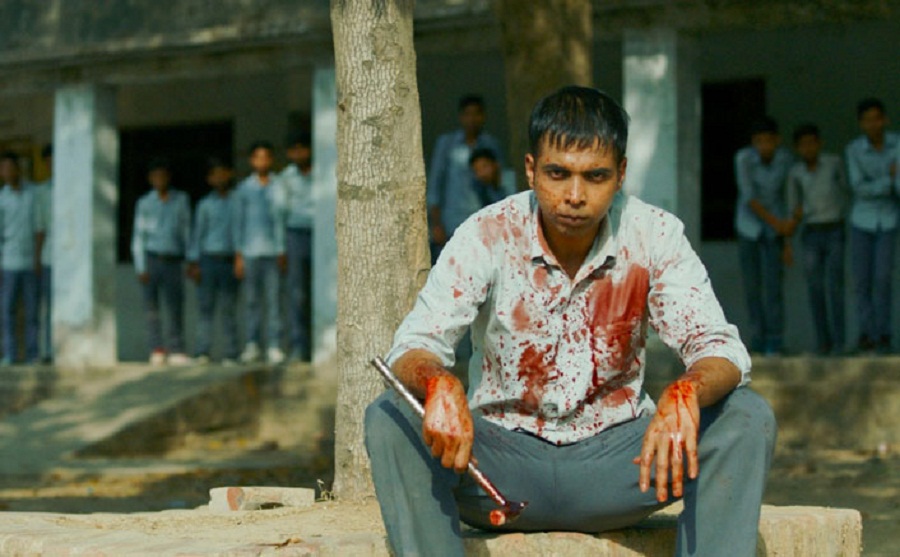 The four suspects—Vishal Tyagi, Kabir M, Tope Singh, and Cheeni—are brashly interrogated by Hathi and his men, but they refuse to open their mouths. When Hathi visits the hotel where they stayed right before they were arrested, a janitor tells him about a certain “Masterji” who Tyagi wanted to talk to, but couldn’t. Later, even Kabir M suggests something similar. Hathi also discovers that Tyagi has a long rap sheet of serial murders and heads to Chitrakoot to find out more about him. He visits Tyagi’s school, and that’s where he meets his old sports teacher, who was very close to him back in the day.

The sports teacher recalls that because of some property-related conflicts, Tyagi’s uncle had hired men to molest his sisters, just to set an example for his father. To settle the score, Tyagi smashed the heads of his uncle’s sons at school the next day. Hathi also meets a local journalist who tells him that Tyagi now works for Donullia, a bandit who has a huge cult-like following. Much later in the series, Hathi meets another journalist in Delhi, named Sara, who gives him more information about Tyagi’s background. She tells him that Tyagi is a hitman for Gwala Gujjar, Donullia’s younger brother, who works under a powerful UP minister named Bajpayee. While going through some of her researched photos, Hathi discovers that Tyagi’s sports teacher, Rajbir, was once serving as a police inspector.

This leads him back to Chitrakoot, and that’s when Rajbir tells him the complete story. After Tyagi had killed those three boys at school, Rajbir had taken him to Gwala Gujjar and requested him to keep him protected under his wing. So even after committing those murders, Tyagi was able to get away because Donullia was somehow looking out for him. With this, like many others, even Tyagi became one of Donullia’s devotees and started looking up to him. While staying in his safe house, Tyagi waited for a long time to meet his idol, Donullia. After months of anticipation, the day finally arrived, and Donullia decides to hire Tyagi as his hitman. This is where Tyagi’s killing montage began, and he became a gruesome serial killer. So Donullia here is the Master-Ji who was referred to in several initial scenes of the series. And it was Gwala Gujjar who had hired Tyagi to murder Sanjeev.

Why Were the Assassins Targetting Sanjeev? 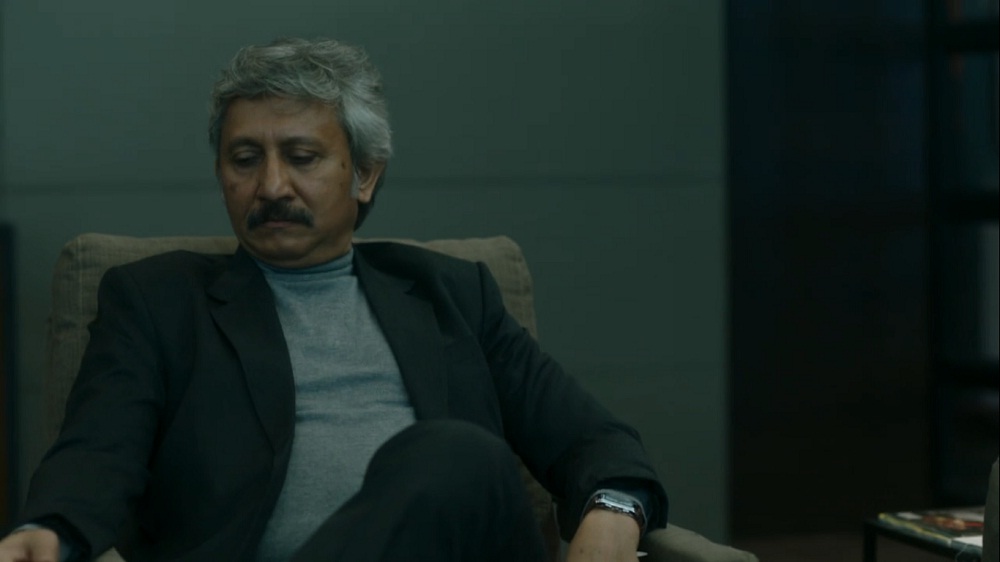 Just because of one blunder, Hathi gets suspended, and the case is given to the CBI. With false evidence, the CBI plots a grand scheme suggesting that the four suspects are a part of an ISI organization and wanted to kill Sanjeev just to dwindle the voice of the media. Believing this theory, Sanjeev uses it to his advantage and makes a populist announcement on live television to cement his hold on his job. However, during these fleeting moments of power, he does not realize that he’s shooting his own foot.

In the meantime, during his second trip to Chitrakoot, Hathi finds some crucial information that puts all the pieces of the puzzle together. From the same journalist he had met earlier, he learns that Gwala Gujjar, who was previously working under Bajpayee, is now competing against him. This makes no sense as Gwala’s bandit brother, Donullia, would never let him do so. Hathi even visits the local death records office, where he learns that Donullia has been dead for a while now. Meanwhile, back in Delhi, Hathi’s partner Imran traces the call history of DCP Bhagat and learns that he had been tracking the suspects long before they were arrested.

So connecting all the dots here, it becomes pretty evident that the suspects were not a part of an ISI organization and were, instead, hired by Gwala to kill Sanjeev, on Bajpayee’s orders. However, there’s a bit more to it than just that. Gwala Gujjar decided to compete against Bajpayee in the election after his brother’s death. However, he made sure that Bajpayee never figured out that his brother was dead. Even so, one of Gwala’s men, named Firang, leaked this piece of information to Bajpayee, who then realized that his hold as a politician was being threatened.

Moreover, Bajpayee also feared that Gwala could easily use Tyagi’s impeccable hitman skills to get him killed and win the elections. So the whole setup of hiring Tyagi to kill Sanjeev was designed in such a way that it would eventually lead to Tyagi’s extrajudicial killing. If one can recall the initial scenes of the movie, DCP Bhagat and his team get leads from an unknown source and they eventually set out to encounter the four suspects. However, as a matter of coincidence, just because a media team happened to be there, DCP Bhagat is not able to carry out his “encounter killings.” The whole setup was a win-win for both Bajpayee and DCP Bhagat. But its failure is what led to all the chaos. 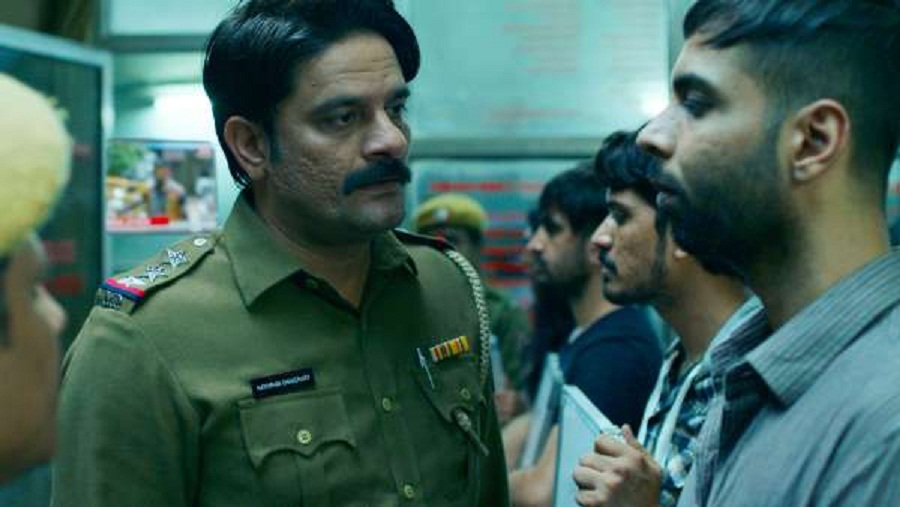 During his days of isolation at Donullia’s safe house, Tyagi learns to love dogs. Later, even Donullia preaches how men can only be good and pure-hearted if they learn to adore dogs. For some reason, this belief simply sticks with Tyagi till the very end. When he and his team had set out to kill Sanjeev, Tyagi had learned that Sanjeev also has a dog. After being reminded of Masterji’s dog-loving credos, Tyagi started to question Gwala’s orders and refused to kill Tyagi. This explains why he desperately wanted to talk to Donullia during the mission but couldn’t because he was already dead by then. Moreover, as Hathi explains it to Sanjeev, the whole notion of a dog saving his life alludes to the classic fable of Yudhisthira’s dog from the Mahabharata.

In the meantime, Hathi finally finds peace after being able to solve the case and even earns the respect of his family. In the closing moments, on an outing with his family, Hathi spots a stray dog at a distance and tosses his ice-cream to him. The ending simply suggests that even after being neck-deep in hell, Hathi has now somehow found his way to “heaven.” The dog simply serves as an allegory for Hathi’s lack of selfishness and righteousness in a world where it’s very easy to fall prey to corruption.

Apart from its intriguing political and criminal premise, the show also touches upon other didactic themes. Case in point: Tyagi’s backstory reflects on the lack of women’s safety in many rural areas; Kabir’s backstory serves as a metaphor for religious fanaticism; Tope Singh’s past revolves all around the toxic conflicts between the upper and lower classes; Cheeni’s past alludes to poignant subject matter surrounding transphobia and child abuse.