When Will Paatal Lok Season 2 Release on Amazon Prime? 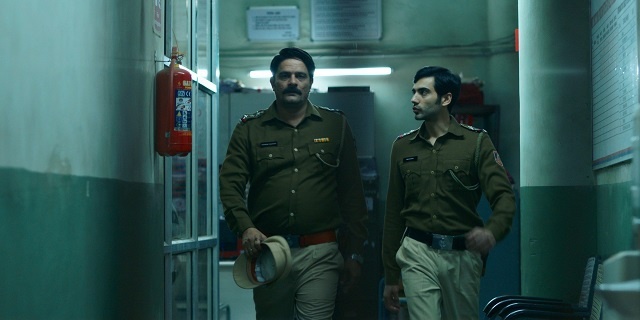 ‘Paatal Lok,’ which translates to ‘Underworld,’ is a crime thriller web series that follows a morally corrupt police officer who begins an investigation to hunt down the people behind a prime-time journalist’s assassination attempt. Upon its release in May 2020, the show was appreciated by the audiences and the critics for its gritty narrative, bleak visual setting, multi-layered characters, striking performances, and the honest portrayal of the modern-day world with a tinge of mythological and neo-noir overtones.

The Sudip Sharma creation is loosely based on Tarun Tejpal’s book ‘The Story of my Assassins.’ Many even likened the elements of the show to cult-hits like ‘Sacred Games’ and David Fincher’s ‘Se7en.’ Naturally, fans are wondering: Will there be a ‘Patal Lok’ season 2? Well, we have got some good news for you.

‘Paatal Lok’ season 1 premiered in its entirety on Prime Video on May 15, 2020. It consists of nine episodes with a runtime of 45-50 minutes each.

Although season 1 ends on a conclusive note, there’s ample room for the show to extend beyond the first season. In a conversation with Pinkvilla, the show’s lead Jaideep Ahlawat has confirmed that creator Sudip Sharma “Of course, there’s a possibility. As far as I know, the hint that I have gotten is that Sudip sir is already working on it [scripting season 2]. I hope it happens and I would love to take the story forward.” And considering the fact that the show has managed to garner critical acclaim and a favorable response from the audiences, it is highly likely that the network will recommission the thriller series for a second season. Whenever that happens, we can expect ‘Paatal Lok’ season 2 to release sometime in 2022 on Prime Video.

Paatal Lok Season 2 Cast: Who is in it?

Paatal Lok Season 2 Plot: What can it be About?

On the surface, ‘Paatal Lok’ seems like an investigative drama that revolves around officer Hathi Ram Chaudhary’s quest to track the perpetrators of an attempted assassination. But underneath the criminal trope lies a social commentary that provides a fascinating yet disturbing view of the three sections of society – affluent upper class (heaven), middle class (earth), and the dark crime-infested netherworld (hell).

In the finale, after saving his life from the brutal mercenaries of Gwala Gujjar, Hathiram finds shreds of evidence that help him in unraveling the whole mystery. Tyagi learns about Masterji’s true intentions and finally fulfills the prophecy from his childhood. Although reluctantly, Hathi Ram is given back his batch by the Department of Police for his exceptional work and efforts to solve the case.

In season 2, we can expect Hathi Ram to embark upon a mission to pursue another mystery that might lead him deeper into the criminal underbellies of our society, which can even endanger his life.