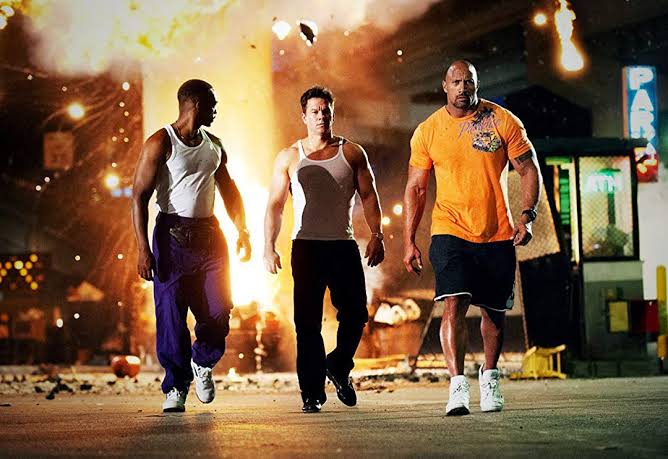 Starring the combined action and comedic talents of Mark Wahlberg, Dwayne “The Rock” Johnson and Anthony Mackie, 2013’s black comedy action film ‘Pain & Gain’ performed quite well with critics and was fairly beloved by audiences, managing to rake in over three times its production budget at the Box Office.

One thing that really stands out is the severity of the violence and depravity of the main characters depicted in the film, further emphasized by the movie’s insistence that it was all based on a true story. Together with the audacious plot of the movie, many were left wondering how much of the movie is based on real events and how much is classic Hollywood exaggeration and artistic liberties. Read on as we separate fact from fiction and get down to the true story behind ‘Pain & Gain’.

What is Pain & Gain About?

The movie ‘Pain & Gain’ is directed by famed action movie director Michael Bay, and tells the story of three criminally inclined bodybuilders who quickly find themselves propagating an escalating series of violent events in their thirst for money.

The film starts out in 1995 as Daniel Lugo (played by Mark Wahlberg) is released from prison after serving time for a Medicare fraud scheme. Lugo is hired by Sun Gym owner John Mese (played by Rob Corddry) and starts training a rich, arrogant and easily detestable man called Victor Kershaw (played by Tony Shalhoub). Believing him to be a criminal, Lugo hatches a plan to kidnap and extort him and recruits Adrian Doorbal (played by Anthony Mackie) and Paul Doyle (played by Dwayne Johnson) to help him.

The gang kidnaps Kershaw and tortures him in a warehouse for weeks, forcing him to sign over all of his possessions. After getting what they wanted, the gang concocts a plan to ply Kershaw with liquor and crash his BMW to make his death look like an accident. However, Kershaw survives the crash as well as the subsequent burning of the car and the gang’s attempts to run him over and goes into hiding.

Meanwhile, the gang targets and accidentally ends up killing another rich man named Frank Griga and his wife Krisztina Furton. Eventually, they are caught when Kershaw hires a private investigator named Ed Du Bois III to nab them. Lugo and Doorbal are sentenced to death, whereas Doyle is given fifteen years after he turns on the other two with a full confession.

Is Pain & Gain Based on a True Story?

While director Michael Bay is often credited for the bombastic adrenaline pumping action in his films, he is not particularly known for realism and authenticity. Nevertheless, ‘Pain & Gain’ emphasizes the factual nature of its story several times during the film. However, in reality, ‘Pain & Gain’ is at best “inspired” by a true story, since what actually happened differs quite a bit from Bay’s account.

‘Pain & Gain’ portrays Daniel Lugo as a jocular tough guy, a simple-minded man deserving of some measure of sympathy despite the horrendous torture and murder he orchestrates. His best friend Doorbal is depicted as a meek and impotent man whose motivation is primarily driven by the need to fix his erectile dysfunction. Dwayne Johnson’s character, Paul Doyle is a largely fictional character who is an amalgamation of three real life people – Carl Weekes, Jorge Delgado, and Mario Sanchez. All in all, ‘Pain & Gain’ depicts all three as bumbling simpletons instead of ruthless criminals for the most part.

However, Marc Schiller, a Buenos Aires born businessman who served as the inspiration for the character of Victor Kershaw tells an entirely different story. According to Schiller, the real life Daniel Lugo was a remorseless manipulator and bonafide sociopath. Of Lugo, Schiller told The Guardian, “After my kidnapping, in the warehouse, he would go into wild mood swings, one minute a nice guy and the next a raving lunatic. You never knew which Lugo you were dealing with.”

Lugo’s partner in crime Doorbal is similarly misrepresented in the movie. Showcased as meek and submissive in the film, the real Noel Doorbal was a hot-tempered brute who enjoyed inflicting pain. Not only did he offer to personally murder Schiller twice, he was also the man who murdered Frank Griga. There is no evidence to suggest that this was accidental either. Doorbal and Lugo’s friendship also wasn’t as unfaltering as depicted in the movie, and the real Doorbal resented being pushed around by Lugo.

Dwayne Johnson’s character Paul Doyle is where ‘Pain & Gain’ deviates the most significantly from reality since he is actually a composite of three different people. He is primarily based on Carl Weekes, who was also a recovering addict and ex con who had converted to Christianity. Also like Doyle, Weekes was a kinder man compared to Lugo and Doorbal and refused to participate in the gang’s subsequent schemes after the extortion of Schiller.

However, unlike Doyle, Weekes was a man of small physical stature. Instead, Doyle’s physique is inspired by Mario Sanchez, a weightlifting instructor and hired muscle. Delgado was the ex business partner of Schiller and the man who initially came up with the entire plan of kidnapping and extorting Schiller.

The character of Victor Kershaw is depicted in ‘Pain & Gain’ as a superficial and obnoxious criminal, undeserving of too much consideration. However, Marc Schiller, on whom the character is based, insists that this could not be further from the truth and says, “I was Mr Responsible, Mr Predictable. Clearly, they want the audience to root for these guys in some way, so they don’t lose them early on. To not see them as the animals and sociopaths that they really were.”

However, it is worth noting that Schiller himself was arrested and charged by federal agents for orchestrating a Medicare fraud scheme. He later pled guilty to the charges and received 46 months in prison, as well as a hefty fine. Nevertheless, Schiller still maintains his innocence to this day and claims he only pleaded guilty due to the exhaustion borne of his ordeal.