Where is Palm Springs Filmed? 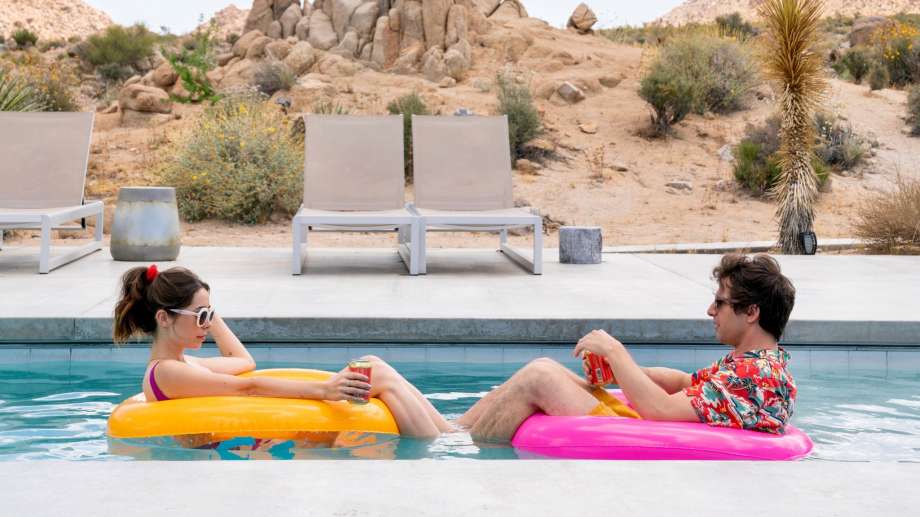 Why do people only ever appreciate the “living of life” on holidays? It probably has to do with the break of monotony that holidays offer. However, ideally, one should be appreciating life (even when working!) at other times too right? If holidays were permanent, one would get fed up with them too. However, that is exactly what Hulu’s ‘Palm Springs’ tackles: the living of life despite its melancholic monotony.

‘Palm Springs’ employs a slightly speculative, sci-fi-ish premise to do so. The movie revolves around the characters of Nyles and Sarah. Sarah is the maid of honor at a wedding and meets Nyles through a chance encounter. The two hit it off. However, Sarah wakes up the next day, on the same morning. To be clearer, she gets stuck in a time loop wherein she is forced to repeat the same day repeatedly. It turns out that Nyles has been stuck in the same time loop as well. The two have no choice but to go on living life to the fullest or continue being angry at the situation.

The character of Nyles is played by Andy Samberg. Cristin Milioti, on the other hand, essays the character of Sarah. Veteran actor, J.K. Simmons also plays a pivotal role in the film. Other cast members include Peter Gallagher, Meredith Hagner, Camila Mendes, and Tyler Hoechlin.

Several viewers would have wondered where ‘Palm Springs’ is filmed. As its title suggests, the movie is set in Palm Springs. It seems to depict its setting rather authentically. Hence, it is natural for viewers to wonder whether the movie was actually filmed in Palm Springs. Did the makers pass off some other location as Palm Springs instead?

For their romantic comedy starring Andy Samberg (@thelonelyisland), the filmmakers behind "Palm Springs" found inspiration and a title – but not filming spots – in the desert. Find out why: https://t.co/gNlmJUGPO9 #thelonelyisland #hulu #neonrated #brooklynninenine

Screenwriter, Andy Siara says, ” I think about 75 percent of the weddings I’ve attended in my life has been in the Palm Springs area, including my own.” Unfortunately, information regarding the specific filming locations within Santa Clarita and Palmdale hasn’t been disclosed. Hence, we cannot tell you where in Palmdale and Santa Clarita filming was carried out.