‘Pan’s Labyrinth’: A Spotless Fusion of Reality and Imagination 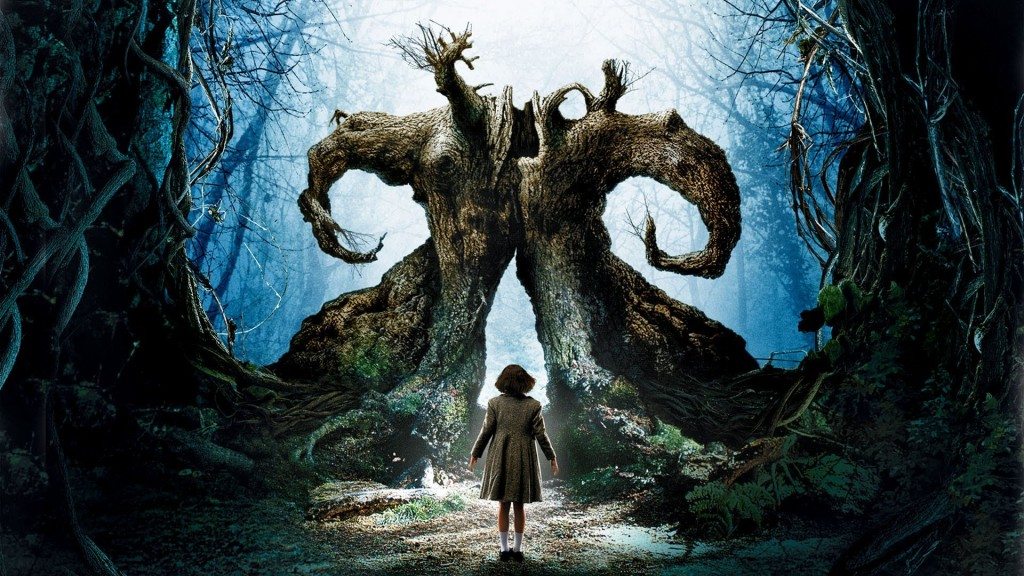 When someone decides to dissect a movie as delicately stunning as ‘Pan’s Labyrinth’ (2006), he might as well dissect the body of a beautiful young lady to appreciate her beauty. While the example might seem a little crass for people who have been brought up on niceties, it nonetheless stays the barren truth. ‘Pan’s Labyrinth’ could be likened to a massive tryst with horror, horror that unravels in two different dimensions.

It is not without reason that the director Guillermo del Toro describes the movie as some sort of a parable. While the foundation of the film is deeply entrenched in dark fantasy, the civil strife in Spain during the Second World War forms the background of the story. When one carefully goes through the text of the movie, it becomes rather obvious that the visuals are as integral to it as the narrative. The decidedly eccentric Del Toro masterfully fuses two parallel stories into a single interwoven tale. On one hand, the film deals with a sadist Falangist who takes extreme pleasure in pointless executions and on the other, we are left to parley with a mythological faun and its fantastic world. The connecting point is the 11-year-old protagonist, who plays the stepdaughter of the Falangist.

The horror in the movie is created as much by the incidental ruthlessness as it is created by the presence of strange creatures that seem to have descended from the darkness of hell. The film begins with a fairy tale which tells the story of Princess Moanna, the daughter of the king of underworld. It depicts her rendezvous with mortality after her exposure to the material world. The king is confident that the soul of Moanna will eventually come back to the underworld.

The story then shifts to Spain of the 1940s where the protagonist Ofelia accompanies her sick yet pregnant mother to stay with her stepfather Captain Vidal, who has been tasked with suppressing the Spanish resistance to the fascist Francoist regime. Ofelia is clearly terrified by Vidal, who is practically a human incarnation of cruelty.

In the meanwhile, a stick insect takes the form of a fairy and takes Ofelia to an overgrown labyrinth where she meets a strange creature resembling a faun. The faun tells Ofelia that she is the mortal form of Princess Moanna and she can go back to the underworld only if she manages to perform three tasks. While Vidal goes on a rampage killing innocent civilians on erroneous suspicions of being rebel sympathizers, it is an irony of fate that his own housekeeper Mercedes happens to be an enemy confidant.

When Ofelia is bothered to see the worsening condition of her mother Carmen, the faun gives her a strange mandrake root that resembles the shape of an infant. Queerly enough, the placement of the root comforts Carmen substantially. Ofelia does however successfully manage to complete two tasks assigned to her, although not without fiascos.

Any filmgoer would be able to comprehend that the fantastic elements inserted in the movie aren’t meant for children and that is exactly where the creepiness sets in. Del Toro has repeatedly dubbed ‘Pan’s Labyrinth’ to be a spiritual successor to his Gothic horror movie ‘The Devil’s Backbone’ (2001) and the reasons become all the more clear after a careful comparative analysis of both the films. To substantiate this point, let us refer to the Pale Man, a monster that eats children. Not only is the creature intimidating but there is something intrinsically ominous about its lair that makes for an individual study. Although Ofelia manages to trick the Pale Man and snatch its dagger, the effort causes the death of two guiding fairies that are eaten by the monster. This scene is as horrific as Vidal’s execution of two innocent farmers. In fact, it wouldn’t be too far-fetched if it were to be said that the two scenes complement each other in strange ways. It could be interesting to note that the real life scenes in the movies are set in dull colour while the fantasy world events are set in bright hues. This might have been a distinct attempt on the part of the auteur to distinguish the two worlds, connected by a strange sense of gloom and doom. It is rather astonishing to think that Del Toro had narrated the entire movie shot by shot to its lead actor Sergi López, who plays the role of Captain Vidal, even before it went into production. This is an extreme example that establishes that clarity in thought process could go a long way in ensuring a great product.

When we look at the usual creations of American cinema, we also look at the limitations that are concocted by populist considerations. In a way, ‘Pan’s Labyrinth’ explores all those areas that would never be explored by mainstream cinema. In fact, we could go to the extent of saying that life is not the same again after one watches the movie. A cinephile’s expectations from any given movie multiplies manifold after he/she experiences (not watches) the film.

The ending is ambiguous and is intentionally so for it creates that element of uncertainty which compels a person to watch the movie multiple times. It might as well be mentioned here that the auteur did say that the fantastic world created through the film is indeed real and Ofelia does eventually unite with her parents in the underworld. While Captain Vidal is captured and eventually killed by the rebels, Ofelia transcends to the other world through death. In a way, the movie is all about making the right choices. Ofelia passes her ultimate test by choosing to sacrifice her own blood. While there might be multiple interpretations about which world is the real one, one might be tempted to argue that the crux of the movie is hardly about that. It is about humanity at its core and also how one makes use of the time one has. No wonder, it received a 22-minute-long standing ovation at Cannes.

While the direction by Del Toro is simply outstanding, the cinematography by Guillermo Navarro could be termed magical. However, one person who steals the show with her breathtaking performance is Ivana Baquero. With her portrayal of Ofelia, Baquero not only stole the hearts of audiences worldwide but critics as well.

In the history of cinema, ‘Pan’s Labyrinth’ would be remembered not for having introduced a genre that fuses war with fantasy but for establishing the primacy of visuals in any audio-visual tale. While one might be disturbed after watching the movie, there is hardly any chance that he/she would be smitten by the bugs of monotony. Well, just in case you haven’t yet watched the movie yet, salvation lies not too far ahead.

Read More: The 10 Most Disturbing Movies of All Time