Will There be More of ‘Paradise PD’? 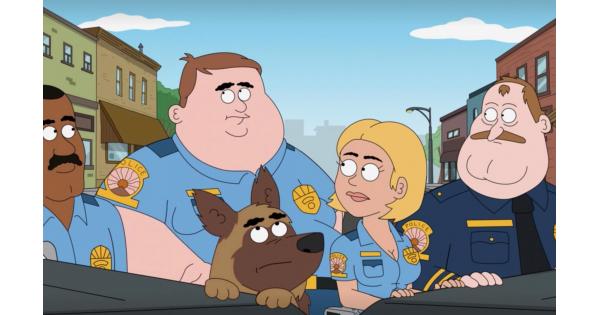 Paradise PD, Netflix’s raunchy adult animated comedy, is backed by none other than the brilliant Brickleberry creators, Waco O’Guin and Roger Black. As a result, when the show first premiered in 2018, it held high expectations. And maybe, because of this very reason, it opened to mixed reviews. Critics described it as portraying “blunt-force humor” and having “unfunny, dirty gags.” But still, several fans also loved it for depicting some “real burns aimed at pop culture figures.”

But it is not the first time that an adult animated title launched with a not-so-good start and then progressed to grow into a break-out hit. Take for example, ‘Bob’s Burgers‘. Hence, Netflix also decided to experiment with its luck once more and renewed the series for a second season. So, what does this mean for the show’s future? Will we get a Paradise PD season 3? Let’s find out.

Paradise PD Season 3 Release Date: When will it premiere?

Paradise PD Season 2 premiered on March 6, 2020, on Netflix. It consisted of eight episodes.

Paradise PD forms a part of Netflix’s efforts to ramp up its animated content after the departure of Fox. It joined the streamer’s repertoire of animated comedies, such as Bojack Horseman, F is for Family, Big Mouth and Disenchantment.

In fact, although Paradise PD got mixed reviews from critics, it did receive the love of fans. Multiple clips from the show went viral, especially those where call handlers respond to the weirdest of 9-1-1 calls. After the conclusion of season 2, the social media craze only increased further.

Now, coming to the new season, here’s what we know. When Paradise PD received its order for season 2, it was commissioned for a total of 20 episodes. Since season 2 has only eight episodes, you can take it as a confirmation that the third season will arrive soon. It will consist of the remaining 12 episodes. Our best guess is that Paradise PD season 3 will most likely premiere sometime in March 2021.

Paradise PD Cast: Who is in it?

Paradise PD features a stellar voiceover cast, led by David Herman as Kevin Crawford, a fresh, overweight recruit in the police force. He is joined by Tom Kenny as Chief Randall Crawford, Paradise PD’s chief, and Kevin’s father. Randall had both his testicles shot off by his son when the latter was still a kid, is divorced, and is always in a sour mood.

Sarah Chalke voices Gina Jabowski, who suffers from fat fetish and constantly sexually harasses Dusty. Cedric Yarbrough voices Gerald “Fitz” Fitzgerald, another cop from the team, diagnosed with PTSD. Dana Snyder serves as the voiceover artist for Dusty Marlow, an obese cop who has many cats as pets. Snyder additionally voices Stanley Hopson, a bisexual police officer, who is highly infamous for his lewd sexual acts of depravity. Rounding up the lead cast is Kyle Kinane as Bullet, who guards confiscated drugs and ends up being addicted to the same.

In season 3, we expect all of the above voiceover artists to reprise their original roles.

Paradise PD Plot: What is it about?

Paradise PD revolves around a small-town police department, whose members are “bad” — “Not bad like no-nonsense. Not bad like cool. Bad like shitty”, as described by Netflix. Season 1 begins with Kevin trying to win the approval of his father and the team tracking down a new drug that has hit the streets. The season ends with a Christmas special as Kevin hunts for a traitor and Dusty gets Paradise ready for Santa’s visit.

Season 2 begins with Paradise preparing its town for several tourists, Fitz busting a drug cartel, and Kevin savoring his heroic status. There’s also a crossover episode with Brickleberry and toward the end, the crew attempts to save Paradise from a nuclear disaster.

Season 3, when it lands on Netflix, is expected to follow the characters through their various ridiculous adventures in the small town of Paradise.

While we wait for an update on Paradise PD season 3, you can watch the trailer for season 2 below:

Read more: 7 TV Shows You Must See if You Love Paradise PD