All Paranormal Activity Movies, Ranked From Worst to Best

The six-film series of ‘Paranormal Activity’ is one of the most debated franchise ever. It did start a new era, the era of the found footage flicks but on the other hand, it is one of the most disliked horrors by the geeks. Most of these movies are intended to be money-churners. ‘Paranormal Activity’ films could be called the safest bet in terms of revenue. They are made on an extremely minimal production cost. They cater to a section of the audience, the audience on whom they can count to show up at the Movies every time a film from their franchise pops up. 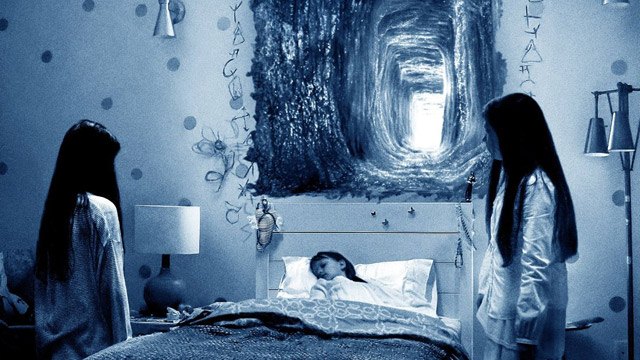 This starts with the end of ‘Paranormal Activity 3’ (which by the way is easily one of the best movies of the franchise). It’s 1988 Santa Rosa, California. Dennis is killed. Grandma Lois leads Kristi and Katie upstairs to Kent, another disciple of Tobi. They are told that there will be another. Some 25 years later, Ryan and Emily are the new homeowners with their young daughter Leila. Friend Skyler is visiting. Also, Uncle Mike arrives after a bad breakup. They find an old camera and videotapes left from the previous homeowner. The camera has an unusual effect. The tapes are somewhere around twenty years old and the people seem to be interacting with the present day world.

This is the point where the franchise becomes tiresome. Honestly, I barely remembered some of the previous movies while I was watching this one. The story is not too exciting. It’s nice to tie this back to the earlier films though. ‘The Ghost Dimension’ faces many of the same problems as other horrors. There has to be a reason for the family to stay so long in the house. They do call in Father Todd but it’s not enough. It’s the same and it’s old. At some point, the franchise needs to be blown up or it needs to end. The problem is that these films are relatively easy to make, and somebody will make another one in the future. 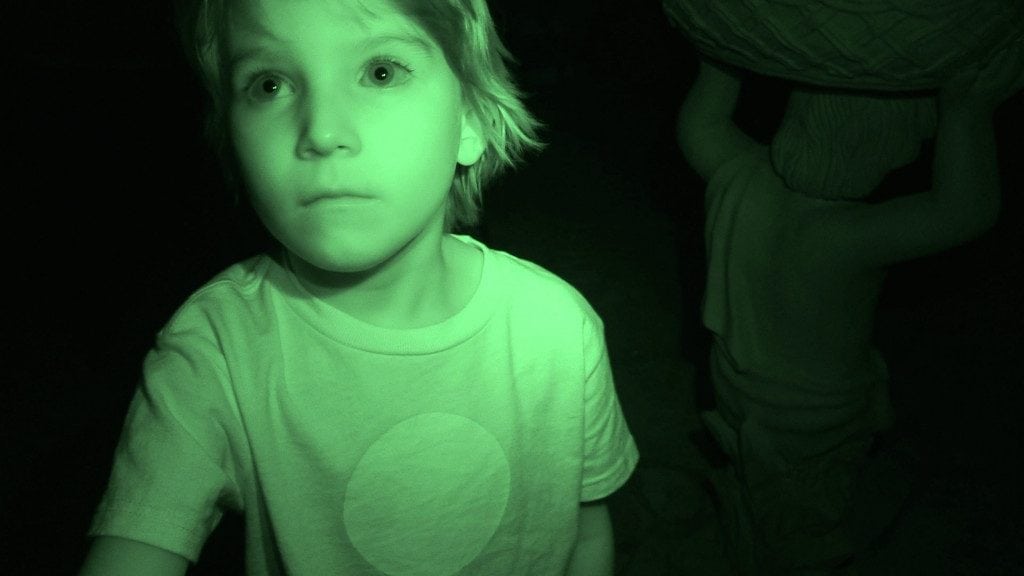 Taking place a few years after the events of ‘Paranormal Activity 2’, the fourth installment of the supposedly terrifying horror franchise follows Alex and her family who begin experiencing strange events since the arrival of new neighbors, a young boy, Robbie, and his mother. When Robbie’s mother is mysteriously taken to the hospital, Alex’s family allows him to stay with them, causing some strange occurrences Similar to the first three, ‘Paranormal Activity 4’ is a slow-burner. But instead of keeping our interest throughout, the film drags and becomes “keep-checking-my-watch” boring.

Most of it is just bad actors screaming in the dark. It has some good special effects but by the time it offers something, it’s too late. The last scene is the only thing that is spooky to someone who doesn’t watch many horror movies, and it lasts three seconds or so. Fans will feel a mixed bunch of emotions in this fourth edition. The fright value remains, without too much violence but takes a step back from the historical third outing. Progression of the legend may leave a vaguely uncomplimentary taste as this version provides little explanation and only a continuation of events. On the offset, suggestions reveal another chain of events to follow by yet again stalling the finale with a sudden cut off at the end of the reel, which is a trademark of sorts.

Read More: All Pirates of the Caribbean Movies, Ranked 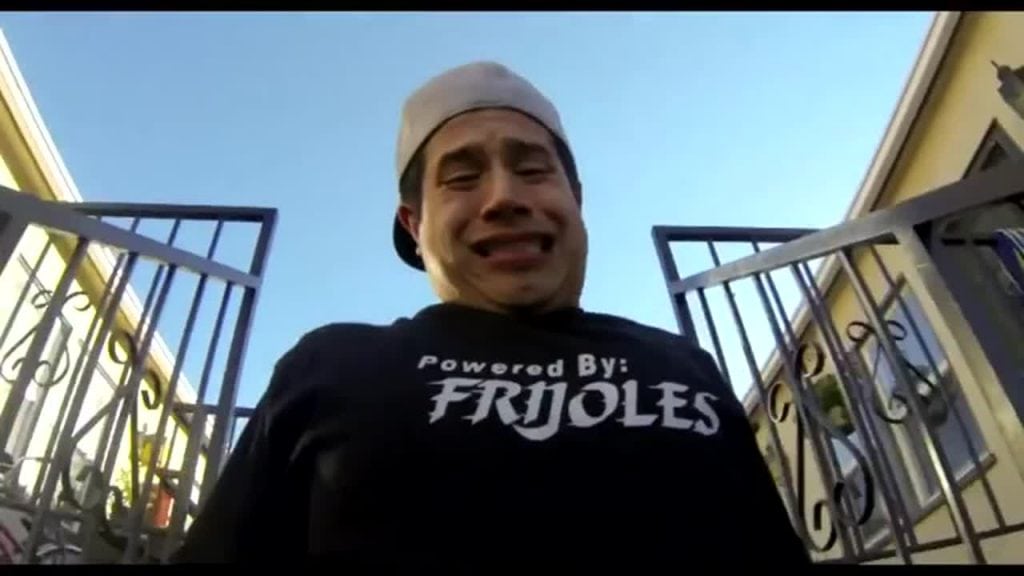 After a neighbor’s death in his apartment complex, a teen finds that the strange occurrences and powers surrounding him and his friends are the cause of a demonic prophecy coming true and forces his friends into a deadly race to save him and free themselves. This turns out to be surprisingly enjoyable, despite being flawed. What this one does rather well is the fact that its first half doesn’t bore the heck out of you. It gives a pretty creepy build-up of the characters’ everyday lives, which actually is quite good when compared to the other films in the franchise. The lead-in from the graduation ceremony and into the first investigations comes off nicely.

Once they learn of the death it becomes quite chilling with the reveal of the dead girl’s interest in the occult. This leads to a good sense of anticipation. The movie achieves a good balance between fun and creepy, and once it moves past that into the creepy angle again there’s a lot of work that had to be done in terms of keeping the viewers hooked. But sadly, it falls short. The story takes the same old route towards the ending, and the film ends like any other ‘Paranormal Activity’ movie. On the whole, it could be said that the makers successfully blew off a promising premise, trying to be true to their franchise’s brand of horror. 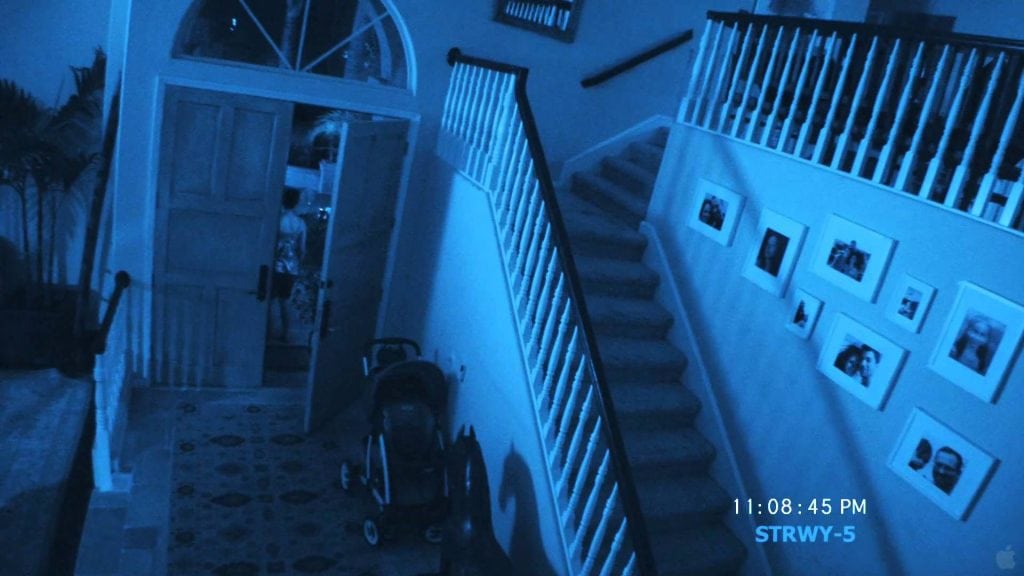 In an age where horror films are defined by teenagers whose I.Q. levels are negligible, ‘Paranormal Activity 2’ brings much-needed hope not only to exhausted horror movies but also to the slashers that occupy them. Freddy, Jason, and Myers must be tired from hacking college students all the time. But of course, they end up finding themselves around “Paranormal Activity”, which is the whole basis of the franchise. If you like the original, chances are you’ll also like ‘Paranormal Activity 2’. They are similar in structure, the slow beginning, the creepy middle, and the chilling end.

Both movies take place within a home, and both homes are inhabited by an evil spirit. A home is said to be a place of rest and refuge. Once you explore the possibility that an evil demon might be trying out all the furniture as it plots to murder your family, you’re in trouble. Anyone who doesn’t get scared by that situation is either really, really brave or a Satanist. After the incessant slow-build, I did find the climax to be a bit disappointing. I know they didn’t have a lot to work with, but the same can be said of ‘The Blair Witch Project’ and that had a genuinely terrifying ending, in my mind. 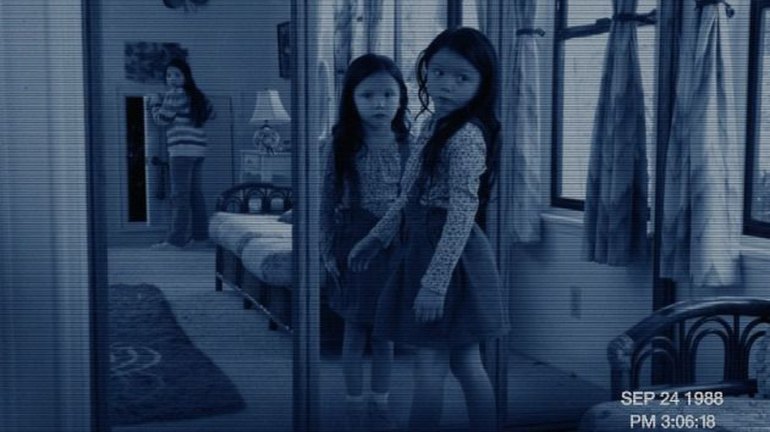 ‘Paranormal Activity 3 ‘is, of course, the third film in the franchise. This time around we jump back 18 years to when Katie and Kristi, the unfortunate pair of demonically terrorized sisters. The film chronicles their first encounter with the demon that returns to terrorize them in the first two films. Obviously, the film is shot in the same first-person style as the first two films, always adding to the creepiness factor that possesses the entire film franchise.

There is nothing different about this one, it’s the same as the first two. If you are not likely to be bored with the same style then you will enjoy it as I did. This film is good for those who don’t like gory horrors or films with ridiculous creatures which are meant to be scary. It’s good for those who prefer suspense of what might be there and seeing something momentarily or objects moving. A slight change from the other ones is how they use the camera. They use their pans well, which adds to the creepy suspense factor.

Read More: All Lord of the Rings Movies, Ranked 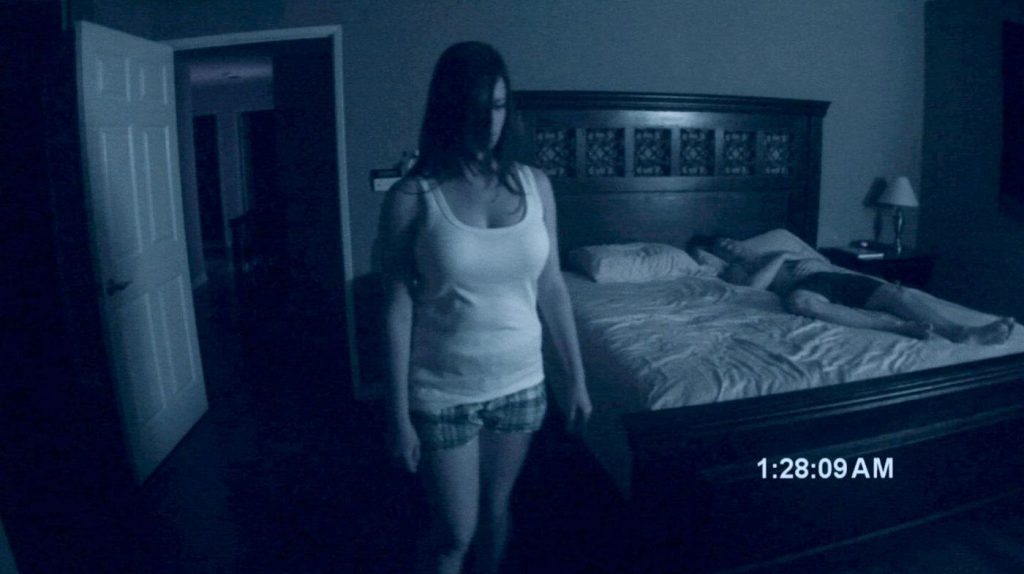 If I had a quarter for every time I’ve given the first movie of a series the top rank, well, I wouldn’t have been a millionaire, but I probably would’ve got more than a couple of bucks by now. I add another quarter to my piggy-bank here. This is not, by all means, a perfect film. But it uses the found footage gimmick to great use and offers some very creepy and scary moments. It’s a step away from generic horror films, which makes it better. Not showing the monster, and having long periods of silence make us feel uncertain and anxious.

All you need to make a successful found footage film is the atmosphere. Once you have the atmosphere you are onto a winner, which is kind of a cheat code, to be honest. The makers of this film originally had very limited resources to play around with but the presentation of this film is great. There are multiple endings to the film which sort of add a little more to the overall experience. I’m not saying all the films in this franchise are any good because they are not. I’m just saying that this film is a genre-busting attempt at “found footage” filmmaking and it deserves much more than it gets from the critics and a section of the audience.