Paranormal Season 2: Everything We Know 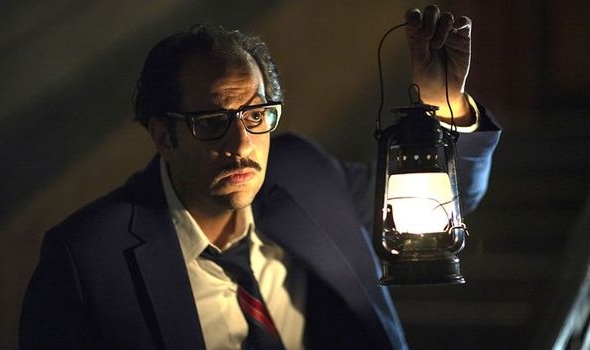 From Egypt AKA the “Hollywood of the Middle East,” ‘Paranormal’ is the first Egyptian Netflix original – based on novelist Ahmed Khaled Tawfik’s bestselling books. The story follows a cynical doctor with a darkly, witty mind who starts experiencing supernatural activities. As a result, he becomes skeptical of all the scientific knowledge he has gathered over his lifetime.

When ‘Paranormal’ dropped on Netflix, it managed to quench our thirst for some good horror stories – which has become a rarity nowadays. And with the streamer constantly endeavoring to add more foreign shows to its repertoire, it makes us wonder if we will see a ‘Paranormal’ season 2. Well, let’s find out!

‘Paranormal’ season 1 premiered on November 5, 2020, on Netflix, in all its entirety of six episodes. Now, in terms of content, the show has immense scope to spawn not one but multiple iterations. Why? Well, the series is an adaptation of the eponymous novels (‘Ma Waraa Al Tabiaa’ in Arabic‎), which comprises 80+ books. So, the story can go on for a long time.

Additionally, as expected, the first installment of ‘Paranormal’ opened to good reviews. And with Netflix constantly on the lookout to expand its base of original foreign programming, a second season seems extremely likely. We would also like to mention that Egypt is famous for producing many popular, acclaimed local movies and shows. With this particular Egyptian project releasing on a global platform, it is bound to garner wider acceptance among the audiences.

Keeping all the above factors in mind, we are optimistic that a new edition will be announced in the coming months. If renewed soon, we can expect ‘Paranormal’ season 2 to premiere sometime in late 2021.

Paranormal Season 2 Cast: Who can be in it?

Ahmed Amin stars as the protagonist – a hematologist named Refaat Ismail, who starts experiencing paranormal phenomena when he reaches 40. Refaat is the main character in all of the ‘Ma Waraa Al Tabiaa’ series of novels – from which the show is adapted. Therefore, Amin should make a comeback in a potential season 2.

In season 1, alongside Amin, we also have Razane Jammal as Scottish scientist and Refaat’s love interest Maggie Mckillop, Ahmed Dash as Reda Ismail, Samaa Ibrahim as Raeefa Ismail, and Aya Samaha as Huwaida Abdel Moniem. Season 2 should see most of the aforementioned cast members making a return, accompanied by some fresh additions.

Paranormal Season 2 Plot: What can it be About?

Season 1 of ‘Paranormal’ adapts six books from the ‘Ma Waraa Al Tabiaa’ novels. Each episode picks up one novel and narrates an individual story, led by Refaat Ismail as the protagonist. All the episodes are tied by two common elements – the supernatural factor and the main character, looking for the much-needed answers. The original book series consists of 80+ titles. Therefore, it depends on the creators as to which stories they pick up for the next season!