What is Parker Schnabel’s Net Worth? 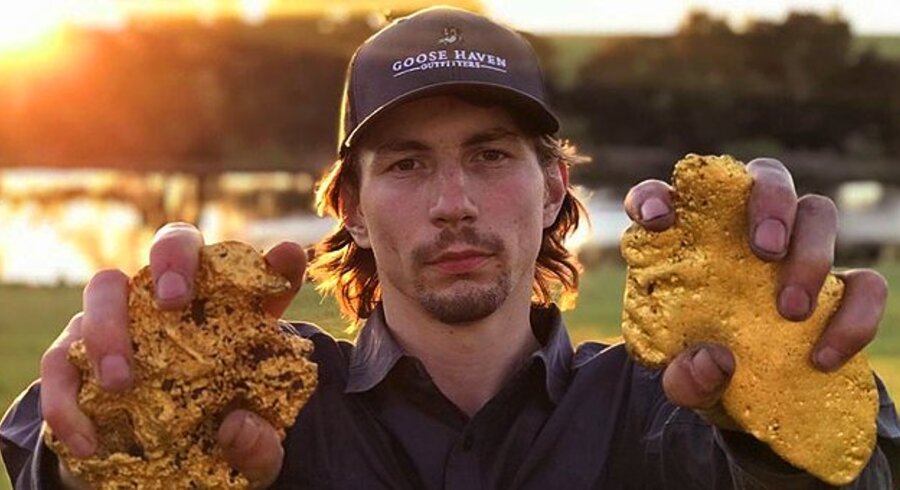 Parker Schnabel has grown up operating heavy mining equipment, ever since his feet could touch the pedals. Parker is the 26-year-old son of Roger and Nancy Schnabel and the grandson of gold-mining magnate John Schnabel. Right from a young age, Parker has worked on his grandfather’s gold-mining operation, Big Nugget Mines, in Haines, Alaska. In 2010, when Parker was 16, he got “discovered” by reality TV and began starring in Discovery Channel’s ‘Gold Rush.’

He took the reins of the family business as a teenager when his grandfather decided to step back and enjoy his old age. Parker did exceedingly well handling the business at Big Nugget Mines, and after graduating from high school, he decided to forgo college and struck out on his own, away from his family home. He used his college fund to set up his own gold mining operation and has done quite well for himself. Curious to know how he made his money and how much Parker Schnabel’s net worth is? We’ve got you covered.

How Did Parker Schnabel Make His Money?

Parker Schnabel set up his own gold-mining business in Klondike, Canada, and found 1029 oz of gold in his very first year. For four years, he also appeared on ‘Gold Rush: The Dirt’ and now has his own spin-off show titled ‘Gold Rush: Parker’s Trail.’ He serves as a producer on all three shows in the ‘Gold Rush’ franchise. Obviously, he makes a lot of money from his reality TV gigs, but the real big bucks he earns come from the gold-mining business, Little Flake Mining Company.

By age 24, Parker had already mined over 13 million dollars worth of gold. He now has two operations of his own – one at Scribner Creek (Yukon, Canada) and another at Indian River (Florida, USA). On ‘Parker’s Trail,’ he is looking for gold in the land down under, hitting up abandoned mines in various locations in Australia. The self-proclaimed workaholic often leads his crews on daring missions to mine gold in off-beat and remote areas.

As of 2020, Parker Schnabel’s net worth is $10 million. This includes the value of his dream house in Alaska – a sprawling mansion that is packed with all the modern amenities and luxuries a young man could want. The property is reportedly valued at over $950,000. Parker is not inclined toward fancy cars or luxury boats and lives a relatively modest life.

Read More: What is Rick Ness’ Net Worth?