Where Is Paul Prestia Now? 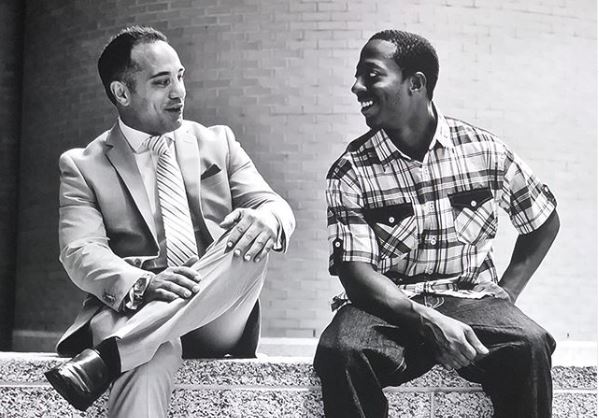 Kalief Browder’s life was one of the many casualties of the broken justice system. He was merely sixteen was he was sent to Rikers jail, where he spent three years without even being convicted. And the worst part, he was forced to spend most of it in solitary confinement. When he did eventually manage to get out, though, he was never the same, and in 2015, he ultimately took his own life. All this just because an individual was paranoid about dark-skinned people after having one bad encounter and because the system saw color too.

His case and his death led to public outcries about the corruption and the biases that prevail in the judicial system, whether it be in cops, in unions, in jail, or in court. And in the front of it all, were Kalief’s family members and his lawyer Paul Prestia.

Who Is Paul Prestia?

As we saw in the Jay-Z produced ‘Time: The Kalief Browder Story,’ Paul Valentine Prestia is a civil rights attorney who cares about justice most of all. After Kalief’s initial case was dismissed without any apologies or explanations, and his family found out just what he had been through, his elder brother, Akeem, tried to talk to many lawyers to bring the people responsible for the hurt and torment to justice, but to no avail. After 11 such occurrences, he stumbled upon Paul, who was immediately ready to jump in and help Kalief.

This weekend you could sit in a crowded theater and catch the next big summer blockbuster or you can still watch me on Netflix and chill. …with liberty & justice for all 🤔 • • • #timethekaliefbrowderstory #godblessamerica

Along with Paul, Kalief was able to file a lawsuit against the Department of Corrections, the DA of Bronx, New York, and the NYPD, for damages worth $20 million. They had a case because there was video proof that Kalief was jumped and tortured several times in Rikers, and not just by his fellow inmates. Paul acted not just as a lawyer for Kalief, he was also a friend and someone on whom Kalief could rely upon for sound advice.

Even though Kalief wanted to travel and have new experiences, he listened to Paul when he said no because he was concerned about his mental health. Paul was guiding Kalief at every step of the way, and not for his own benefits. And when life got too much for Kalief, and he passed away, Paul still pursued the case, and he even helped his family file a case of wrongful death against the state of New York.

Where Is Paul Prestia Today?

In 2019, after almost a decade since the dominoes started falling, Paul succeeded in getting the Browder family a $3.3 million settlement from New York City. “It’s bittersweet that the city had a chance to settle the case while he was alive or before his mom passed away, but I hope his surviving family members can take some justice from this,” Paul had said. “He [Kalief] was a hero whose story touched so many people around the world, and I’m thankful he was a part of my life. He changed the criminal justice system.”

And he did, because the state of New York also announced its plans for closing down Rikers Island Jail by 2027. Paul, though, is still doing his part and working towards making the world a better place by bringing people the justice they deserve. The Sicilian man has been working since 1999, and in 2003, he started his own company by the name of The Prestia Law Firm, P.L.C.C., a company that is still active today. He is also currently Special Counsel to the Liakas Law Firm and heads their Civil Rights Division.

Apart from his work life, Paul is also a very dedicated family man. He has three daughters, and from the looks of it, he adores them and will do anything for them. He is fun, he is caring, and he is a good father. His focus on his job and his home life seems to be perfectly balanced, and we guess that’s just one of the reasons why he is so successful. (Featured Image Credit: New York Magazine / Netflix / Time: The Kalief Browder Story)

Too cool for school… or laundry 🙃🤷‍♀️✌️