Where is Pauline Potter From My 600-lb Life Today?

Fighting obesity and food addiction is no easy feat. TLC’s ‘My 600-lb Life‘ documents real-life individual’s journeys as they struggle to shed their weight and fight their bad habits so that they can live a happy and healthy life. They do this with the help of Dr. Younan Nowzaradan (Dr. Now), who has them attempt to lose weight on their own by following a strict diet, after which he might offer them a weight-loss assist surgery. Each episode of the docu-series focuses on one single individual and their time at Dr. Now’s year-long weight loss program.

Pauline Potter was kind of famous before she even appeared on season 3 of ‘My 600-lb Life.’ Weighing 643 lbs, Pauline was named the World’s Heaviest Woman Alive in the 2011 Guinness Book of World Records. She had even appeared on an episode of Dr. Phil and became a tabloid sensation by claiming that she has been able to lose weight by having a lot of sex with her ex-husband.

With the peak weight of 678 lbs that left her almost immobile, Pauline realized that her food addiction was not only slowly killing her but had taken over the life of her son, who acted as her primary caretaker. 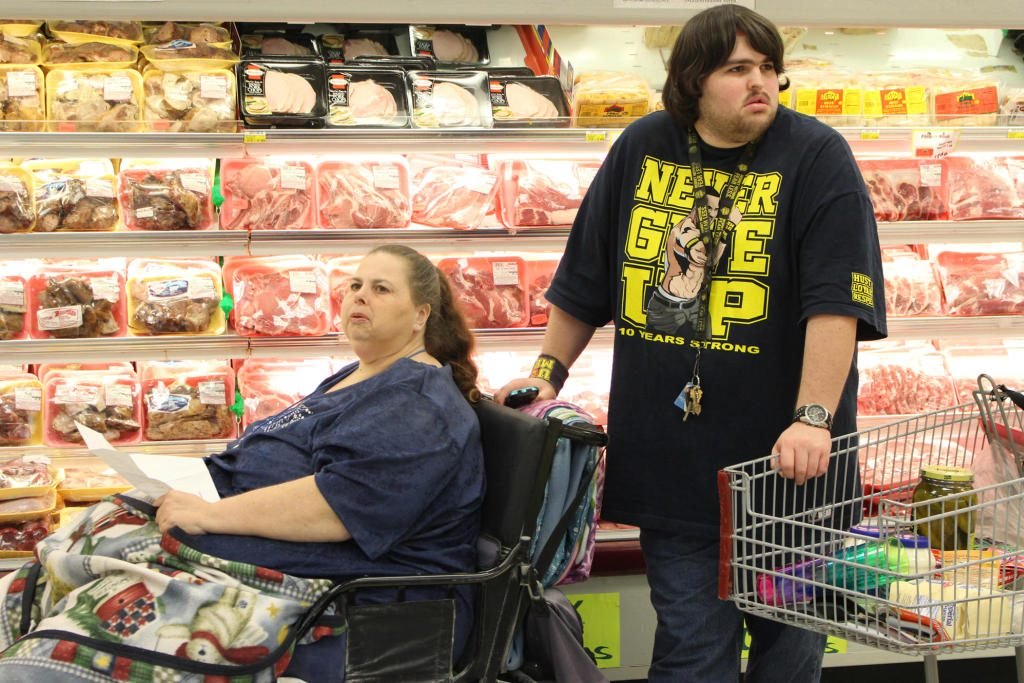 During her episode, Pauline admitted that her weight has been holding her back from living her life the way she wants. “I am absolutely trapped in this body,” she said. “I feel like I’m dying every day. The biggest highlight of my day is eating.”

Desperately wanting to change her lifestyle and give her son his life back, in 2014, she decided to seek medical help and began her weight loss journey.

Where is Pauline Potter Now?

Even after being warned about her weight causing serious health issues, Pauline remained in denial and didn’t follow the instructions and diet plans given to her. After discovering that she was actually gaining weight under his care, Dr. Now ordered hospitalization for Pauline, so that her food consumption could be closely monitored.

Fortunately, things turned around for Pauline, and she was able to lose 44 lbs, after which she was approved for the gastric bypass surgery. She ended her year weighing 529 lbs, with the total weight loss of 149.

During her first follow up Where Are They Now episode, she revealed that she couldn’t keep the weight down as she had developed a painkiller addiction. “That fat girl in me is still there,” she said. “The doctor fixed our stomachs, but he didn’t fix our minds. I have to keep fighting.”

With her weight constantly fluctuating, currently, it looks like Pauline has managed to gain control over both her physical and mental health. Her last follow-up episode revealed that she had lost an astounding 300 lbs in total and had qualified for skin removal surgery.

According to her Facebook, the Californian native is still living in Texas and has managed to get all the surgeries that she needed to be fit and healthy. She even has a YouTube channel where she used to update fans about what is going on in her life, but she hasn’t uploaded anything new there for more than three years now. We do hope that Pauline can maintain her progress and cross every other obstacle that comes her way

Read More: Where Is Lacey Hodder From My 600-lb Life Now?