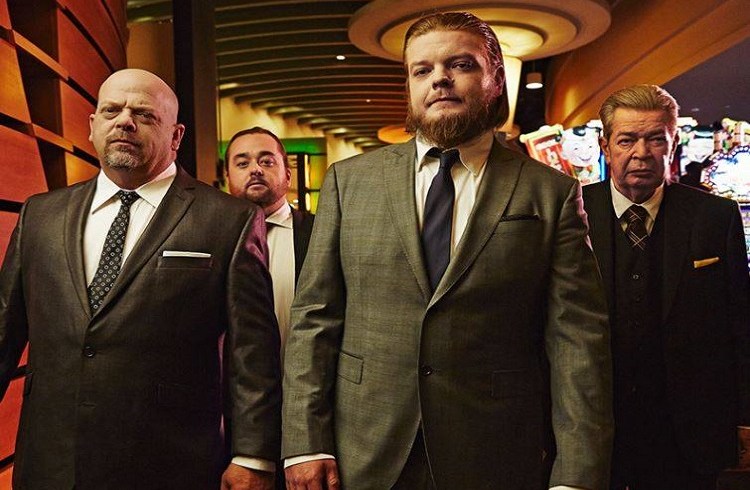 ‘Pawn Stars’ is an American reality television series which is broadcast on the History Channel. The long-running show chronicles the daily activities of and the challenges which arise in a famous pawn shop in Las Vegas, Nevada, which has been business since 1989.

‘Pawn Stars’ is a very old show and Season 1 premiered almost a decade back on July 19, 2009, and became History’s highest rated show. In 2009, it was also the second-most popular reality show in US, after ‘Jersey Shore‘. Since then, ‘Pawn Stars’ has seen a whopping 16 seasons air, with Season 16 premiering on January 21, 2019. Now, long-standing fans of the show are awaiting news of a renewal. Here’s everything we know about it thus far.

Pawn Stars Cast: Who is in it?

The main cast of the show includes those who run the Vegas pawn shop, which is called the World Famous Gold & Silver Pawn Shop.

Richard “Rick” Harrison is a major cast member, and is the co-founder and co-owner of the World Famous Gold & Silver Pawn Shop. Rick entered into the business at the age of 13, and has an eye for spotting valuable items – an ability that has earned him the moniker, “The Spotter”. But, the pawn shop business isn’t the only thing Rick is good at – an avid reader from childhood, Rick also has considerable knowledge about the activities of the British Navy from the 1700s to the 1800s.

Rick’s father, Richard Benjamin “The Old Man” Harrison is another major figure in the show. The man behind the World Famous Gold & Silver Pawn Shop, Richard started the business in 1989 with Rick. A US Navy veteran and a man of unparalleled consistency, Richard did not see a sick day since 1994 till his demise in June 2018.

Corey Harrison is yet another major presence in the show. Rick’s son and Richard’s grandson, Corey carries the name “Big Hoss”, and started working at the shop from the age of nine, when he started polishing jewelry to be sold to the shop’s clients. Despite Rick’s attempts to constantly groom Corey to become the boss one day, Corey comes into frequent conflicts with his father and his grandfather, especially because of his lackluster attitude towards managing the shop’s inventory, his responsibilities as a manager, and his judgement about the sale of expensive items. As the show progresses, Corey threatens to leave the family business in favour of another job unless he is given a stake of 10% in the shop. However, when Corey’s partnership stake is increased to 5%, he decides to stay and continue the business.

Finally, Austin “Chumlee” Russell also features extensively in the show. Corey’s childhood friend, Austin works behind-the-counter in the Harrisons’ pawn shop, testing items, loading items, and writing tickets for them. Austin, however, is almost always the butt of all jokes owing to his relatively low intelligence and his lack of competence. However, through examples, Austin also hits back at his critics as the show progresses, and demonstrates that he’s actually knowledgeable in some areas.

Apart from these four main cast members, ‘Pawn Stars’ also features several others who serve as minor staff in the World Famous Gold & Silver Pawn Shop. Danielle “Peaches” Rainey is one of the shop’s staff members, while Olivia Black features as the night shift employee of the 24-hour pawn shop. Antwaun Austin is the 6’5″ security guard of the shop, Andy is the head of security, while Fat Back and Johnny are the in-house mechanics who make sure the goods to be re-sold are functional. Further, Scott and Lili feature as a part-time employee and an intern at the shop, respectively.

Pawn Stars Plot: What is it about?

The plot of ‘Pawn Stars’ follows Rick Harrison and his family who own and run a 24-hour pawn shop in Las Vegas, which is jointly run by three generations of the family – grandfather Richard, son Rick, and grandson Corey. The family appraises, buys and sells items that hold some value in the market, focusing on items with historical importance. Some of these items include a pistol from the American Civil War era (that may be a big deal for many if not fake), an original AMC Pacer from ‘Wayne’s World’, vintage comic books signed by Marvel founder Stan Lee, and more of such items.

The show, interestingly, also highlights the history of pawns shops in the US, at times when ATMs and banking services were not available. ‘Pawn Stars’ takes you on a ride to the vibrant and interesting world of pawn businesses. In the show, there’s camaraderie, a sense of unity, clashes, fights and disagreements at every step of the way, all of which serve to keep the show interesting despite its focus on mundane daily events.

Some of the historical items found on the show include a 17th-century Stay of Execution, a Picasso painting, a Super Bowl ring, a 16th-century samurai sword and many other antiques from all over the world. These men decide what is real and what is fake with the help of their years of experience with historical items. The answer that strikes everybody’s mind afterwards is – “What is the story behind this item?” and “Is this item worth it?”. The answers to these questions are always very surprising and shocking for the viewers, which keeps the show’s novelty alive.

While ‘Pawn Stars’ does not have a score on review aggregator website Rotten Tomatoes, it has a good overall rating of 7.2/10 on IMDb, based on nearly 15,000 votes.

Pawn Stars Season 17 Release Date: When will it premiere?

‘Pawn Stars’ Season 16 premiered on January 21, 2019, and is slated to see its conclusion air on May 27, 2019. As far as the next season goes, we don’t have an official announcement yet. Though considering the popularity of the show, we would be surprised if it doesn’t get another season. Our best guess is that if the show does get renewed, ‘Pawn Stars’ season 17 can release sometime in March or April, 2020. We will update this section as soon as we hear more.

While we wait for an announcement on the future ‘Pawn Stars’, here’s the trailer for Season 16 to give you a glimpse into the show. You can also head over to History Channel to catch all the episodes of the previous seasons.