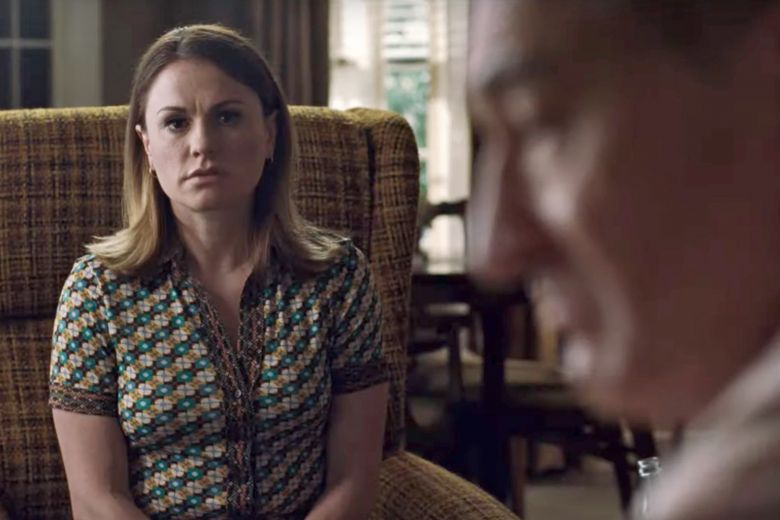 In Martin Scorsese’s glacial tale ‘The Irishman’, which recounts the life of gangster Frank Sheeran, we are put through several emotions. However, by the time the movie ends, we are left with a feeling of desolation, as we say goodbye to a kind of lifestyle we have grown up seeing in gangster movies. Ultimately, ‘The Irishman’ is a tale of sadness and loss, the forgetfulness and reduction to nothingness with the passage of time. It is the tragedy of everyone’s life.

Frank Sheeran faces it, as nobody remembers his apparently indelible marks on history, from assisting in the Bay of Pigs invasion to assassinating Jimmy Hoffa and Crazy Joe Gallo. Hoffa’s tragedy is that he was as big as Elvis Presley or the Beatles at one time, and his disappearance caused a furor. However, down the line, the nurse caring for Sheeran cannot even recognize Hoffa. Russell Bufalino, who apparently ordered the hit, has to face the tragedy of old age and the regret for making the decision to kill Hoffa. While these narratives might grab our attention almost completely, the true tragedy of ‘The Irishman’ is perhaps the women in the story.

The women in ‘The Irishman’ are actually the women in Frank Sheeran’s life, so it is best if we go through his family quickly. As shown in the movie, Sheeran did get married twice. His first marriage was with Mary Leddy, the Irish immigrant. Of Sheeran’s four daughters, three of them were with Mary, including MaryAnne, Dolores, and Peggy. He divorced Mary and married Irene later, and had a daughter named Connie, with her.

Among all of Frank’s daughters, he was stung the most by Peggy’s desertion, which we see excellently in the movie, where the character is portrayed by the talented Anna Paquin. Now, you might be wondering where Peggy Sheeran is currently since we happen to know that her father, Frank Sheeran died in December 2003. We have you covered in this regard.

Peggy Sheeran: Where is She Now?

Peggy comes across as the most significant woman in Frank’s life. However, the real Peggy, whose name is Margaret Regina Sheeran, leads an extremely private life. She has served as an executive assistant for many decades, and her most recent job was as an executive assistant for Unisys. Records show that she worked there until 2013, which is when she presumably retired.

As of 2019, Peggy Sheeran is 70 years old and appears to be living a quiet life in Pennsylvania. As Frank detailed in his book, Peggy really did stop talking to him the day Jimmy Hoffa disappeared. Growing up, Peggy had grown close to Hoffa, when he was friends with Sheeran’s family. Finding Frank unapproachable due to his violent ways, Peggy began to see Hoffa as a father figure.

Frank has detailed how Mary and Peggy were watching the news of Hoffa’s disappearance and when Peggy saw Frank watching the television, she saw something she didn’t like. In the Irishman’s own words, he might have been looking ‘hard’ instead of ‘worried’. Matters were worsened when his family realized he was not actively helping in looking for Hoffa. Frank felt Peggy looked right into his soul and saw him for who he was. She asked him to leave, saying she did not want to know a person like Frank.

Where Are Frank’s Other Daughters Now?

Dolores Miller, aged 55, is a former medical secretary and a realtor. She is married to Michael Miller, and despite suffering a stroke in 2016, happens to be doing well now. She is the most vocal of the sisters about Frank’s actions and happens to believe that he did kill Jimmy Hoffa.

Connie Sheeran is divorced and though not much else is known, her social media activity suggests that she is philanthropic and supports a number of causes. She posts pictures of her family, but her famous parents are notably missing from the images. MaryAnne, who was a registered nurse, unfortunately, passed away on February 13, 2018, at the age of 69.

In conclusion, three of Frank’s four daughters are alive, and while Hoffa might have forgotten in public memory, they have to live with the past and the possibility that their father might have been involved in one of the most infamous mob hits of all time.