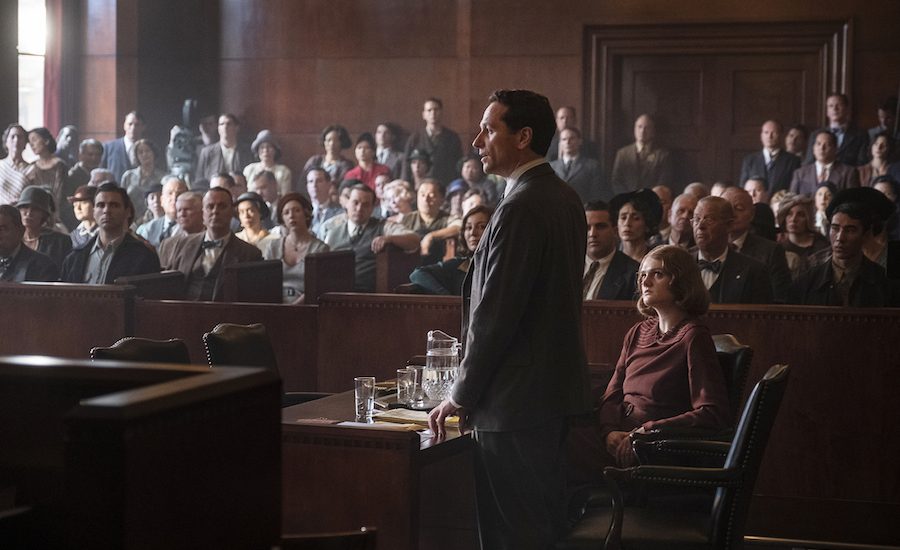 As HBO’s ‘Perry Mason‘ inches closer to the finale of its first season, it has picked up pace as compared to a brooding, and sometimes sluggish, nature of its previous episodes. It has checked off the box of bringing Perry Mason into the courtroom, and in doing so, has become more focused on solving the case, rather than focusing on the character development of the titular role. It also brings Mason closer to figuring out the identity of the killer as a new link appears in the case in the form of Jim Hicks. Who is this person and what will his presence lead the show into? Let’s find out.

In its sixth episode, ‘Perry Mason’ throws the protagonist into the courtroom, while his associates are left following up on the details that they uncover through their diligence and dedication to saving an innocent Emily. Pete finds out a check from the Radiant Assembly at George Gannon’s place and the thread of investigation leads to a connection between the Church and Charlie’s death. If Mason wants to prove Emily’s innocence, he will have to find out the real culprit, and this would mean going after the likes of Jim Hicks, Herman Baggerly and Seidel. The question now is, whether he will have enough evidence against them to put one, or all of them, on the stand and ask them why a child had to be killed.

We also expect to see Paul Drake becoming a part of the Perry Mason team and looking at the case from the inside, trying to find out Ennis’s real connection with everything, and most importantly, who hired him to take this job in the first place. Speaking of the cops, we will also see Holcomb and Ennis trying to tie up their loose ends, lest Mason starts pulling on one, unravelling all of their secrets. The most important thing that we wish to see is the Easter Sunday event. With Sister Alice promising to resurrect Charlie, the anticipation of finding out how things turn out for real is getting unbearable now. Will she go forward with it no matter the consequences, or will she finally pick up those bags and run like her mother had advised her to?