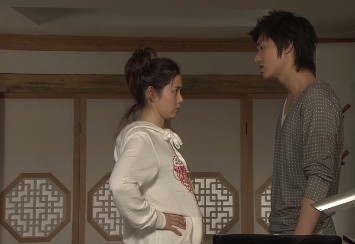 ‘Personal Taste’ is a South Korean, romantic comedy series written by Kim Hee-Ju and directed by Son Hyung-suk and Noh Jong-chan that aired in 2010. It is an adaption of Lee Se-in’s 2007 novel of the same name.

The story follows the lives of furniture designer Park Kae-in, a naive and impulsive girl, who has loved blindly only to be cheated upon, and architect Jeon Jin-ho, an ambitious boy who is seeking revenge from the man who took away his father’s company. Their lives cross paths when Jin-ho decides to live with Kae-in, by falsely claiming to be gay.

After the appreciated Season 1, fans have been wondering about whether there will be a ‘Personal Taste’ Season 2. We delve into the question here, but first, let us look at the show’s details.

Personal Taste Cast: Who is in it?

Son Ye-jin (‘Alone in love’, ‘My Wife Got Married’ and ‘Pirates’) stars as Park Kae-in, daughter of the famous architect Park Chul-han. Kae-in is a naive, kind-hearted girl who believes in the goodness of the world. She is extremely impulsive and disorganized. She loves her boyfriend, Han Chang-ryul and never questions him even though he constantly takes her for granted. When Chang-ryul eventually dumps her for her roommate, she goes into a downward spiral losing all faith in love.

Lee Min-ho (‘Boys Over Flowers’, ‘City Hunters’, and ‘The Heirs’) stars as Jeon Jin-ho. Jin-ho is an ambitious and disciplined young architect. Organizing and ironing are some of his favorite things. Jin-ho runs a small firm and is barely making ends meet while trying his best to win back his father’s company from the man who took it all away. He pretends to be gay and manages to become Kae-in’s roommate. He is frustrated by her disorganized manners.

Kim Ji-Seok plays Han Chang-ryul, Kae-in’s ex-boyfriend. Chang-ryul is a self-centered and disloyal guy who has no value for relationships. He gets involved with Kae-in ‘s best friend and dumps her. When Jin-ho comes in the picture; however, he develops feelings of jealousy and starts falling for Kae-in.

Wang Ji-hye (‘Protect the Boss’, ‘Friend, our Legend’ and ‘The President’) plays Kim In-hee, who is Kae-in’s roommate for ten years. Kae-in looks at her as her best friend and relies on her. However, Kim In-hee is a selfish woman who doesn’t care about anyone except herself. She eventually develops feelings for Jin-ho and tries to create all kinds of misunderstandings and problems between him and Kae-in.

Personal Taste Plot: What is it about?

‘Personal Taste’ is the story of Park Kae-in and Jeon Jin-ho. Kae-in is a wonderful girl who believes in love, friendship and trusts the world easily. She is also very impulsive and disorganized in her ways and goes on with her daily routine in the most clumsy manner. She is, however, extremely comfortable in her shoes. Kae-in is dating her longtime boyfriend Han Chang-ryul, who is a cheat and constantly takes her for granted.

She, however, never questions him and continues to trust him blindly. Kae-in lives with her roommate Kim In-hee, who she considers her best friend. Kim In-hee, however, is a self-centered and greedy woman who seduces Chang-ryul and gets involved with him. Chang-ryul, all of a sudden, breaks-up with Kae-in without giving her any reason.

Meanwhile, Kae-in learns that her best friend, Kim In-hee, is getting married and is extremely happy for her. However, her entire world comes crumbling down when she sees that her to-be husband is none other than Chang-ryul. Kae-in is devastated, and this incidence leaves a scar on her mind. She loses all faith in love and spirals down after the betrayal.

Jeon Jin-ho is an architect and is extremely disciplined and organized. He runs a small firm and is trying to make ends meet. Jin-ho is on a mission to redeem his father’s company from Chang-ryul’s father, who years ago had tricked Jin-ho’s father and plundered it away from him. The best way to do it for Jin-ho is to win the bid against him for the Dam art center. This leads him to the Sanggojae, a monumental house where Kae-in lives. Jin-ho knows that if he digs up enough information about the Sanggojae, he will be able to impress the director at the Dam art center and win the bid.

Jin-ho pretends to be gay to convince Kae-in to let him stay with her. Once they start living together, he gets frustrated with Kae-in’s disorganized lifestyle and decides to change her. They are both stark opposites, and what begins as a chaotic relationship eventually turns into a beautiful friendship between them. Meanwhile, Chang-ryul develops a fit of jealousy towards Jin-ho as he starts falling for Kae-in. Kim In-hee, too, starts falling for Jin-ho and tries to create a rift between them.

In their journey, they both learn from each other. Jin-ho manages to help Kae-in improve her lifestyle while Kae-in helps Jin-ho in understanding the importance of being vulnerable and impulsive. It’s a beautiful blend of romance, comedy, and drama with twists that leave you wanting more. A relatable modern-day story presented wonderfully, ‘Personal Taste’ deserves appreciation.

Personal Taste Season 2 Release Date: When will it premiere?

‘Personal Taste’ Season 1 premiered on March 31, 2010, on MBC and concluded on May 20, 2010. The series comprised of 16 episodes. Although ‘Personal Taste’ received average reviews from critics, it went on to capture the attention of a massive audience.

Lee Min-ho received the excellent actor award for her portrayal of Kae-in. The GyaO awards (Japan) honored the series with an award for the most shared foreign drama series. As far as news about a ‘Personal Taste’ Season 2 is concerned, we must say the show ended on a pretty complete note. The writers managed to cover each plot-line. We think every character had justified endings as well.

However, we can still hope for a quick reunion in some form. While there is no official news of another season, in the event that ‘Personal Taste’ Season 2 is made, it will probably get a release date in 2022. Stay tuned as we will update this section as and when there are official announcements about ‘Personal Taste’.

Check out the trailer for ‘Personal Taste’ Season 1, to get an idea of the show.