Peta Murgatroyd From Dancing With The Stars: Everything We Know 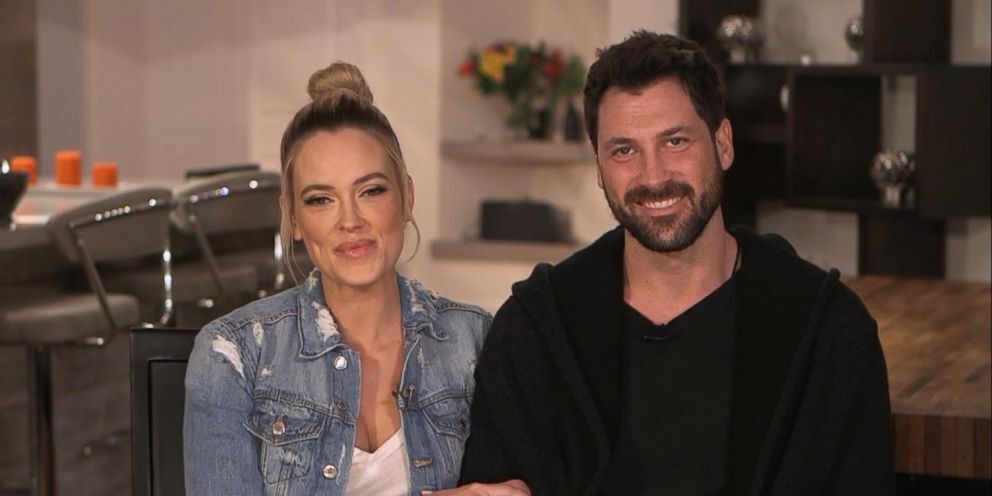 Peta Murgatroyd is a celebrated Latin virtuoso who rose to fame after featuring on ABC’s hit dance competition television series, ‘Dancing with the Stars.’ She started as a member of its troupe in 2011 and is one of the most talented professional dancers on the show. Acute ankle injury compelled her to take on Latin dancing despite being trained as a ballerina throughout her adolescent years.

Peta not only aced the dance form but also became a two-time winner of the prestigious Mirror Ball Trophy. She also gained immense popularity from her roles in movies like ‘Faith, Hope & Love,’ ‘Living on the Fringe,’ and ‘Why Women Kill.’ Her winning story got us as riveted as her personal life. Here’s everything you need to know about Peta Murgatroyd!

Peta Jane Murgatroyd was born on July 14, 1986, in Auckland, New Zealand. Having moved to Australia after only 18 months, she considers herself quintessentially Aussie. Her parents raised her in Perth, Western Australia, where she dedicated herself to the study of classical ballet as a preschooler.

Back up on my feet!!!!… #BallerinaForLife

After 12 years of hardcore training under Madame Lubov Nikonorenko, the former principal dancer of the Kirov Ballet, Peta had to bring it to an abrupt end. Due to a critical ankle injury at the age of 16, she had no choice but to pick the Latin dance form. However, she did not turn this into a sob story, and like a true hero, worked even harder to become adept at it.

My love… My Art… My life… The stage will always be where I feel most powerful.

Her hard work bore fruit within months as she won the esteemed W.A. Amateur Latin State Champion title consecutively for two years. During ballroom training, her unwavering determination fetched her great success at various other competitions like Lion City Championships in Singapore and Blackpool Dance Festival, among others.

The Dancing Star dated former DWTS cast member, Damian Whitewood, since 2007. They mutually called it quits in 2012 but never disclosed details of the 5-years-long companionship. Peta Murgatroyd met Maksim Chmerkovskiy in 2009 when they both got cast in the Broadway production of ‘Burn the Floor.’ She reportedly found him “arrogant” at first glance but learned the sweet truth later. His generosity won her heart, and the two developed a close friendship.

After being in an on-again, off-again relationship with him for over three years, the couple got engaged in December 2015. Maksim went down on one knee on the stage of ‘Sway: A Dance Trilogy’ at the Olympia Theatre in Miami, and Peta instantly accepted his sweet proposal. They got married on July 8, 2017, after they had their son, Shai Aleksander Chmerkovskiy, in February of the same year.

Before Peta’s exhilarating journey with America’s famous dancing competition began in 2011, she toured with the cast of ‘Burn the Floor’ all over the world for six long years. In August of 2009, she lived the dream of being the lead female dancer on Broadway. ‘DWTS’ cast her as its professional member (dancer and teacher) for season 13, and since then, the franchise has become like her close family. She has been working with them for over nine years and is thrilled to be a part of its upcoming season.

In season 14, Peta bagged the winning trophy with Donald Driver, a professional football player.  2012 was the second year of her being cast on the show, and that is an achievement in itself. She is one of the very few artists to have won the dazzling Mirror Ball Trophy twice, her second victory partner being Nyle Dimarco in the series’ 22nd season. It is astonishing to see the amount of work she did on the deaf American model and actor. The judges as well as the show’s audience applauded her for emerging as an amazing teacher in addition to being a meticulous choreographer and dancer.

THIS IS EVERYTHING!!!!!!!! We conquered DANCING WITH THE STARS! @nyledimarco you're the new CHAMPION! 👏🏻👏🏻👏🏻👏🏻 I LOVE YOU WITH ALL MY HEART XOX

Tonight’s the night! ✨ We’re kicking off @maksandvaltour CONFIDENTIAL in Springfield, Missouri. 🙌🏼💃🏼❤️ We’ve put our hearts into this show and cannot wait to share it with you. See you soon, Springfield! Let me know if you’re coming!! 💋 #MVPLive

The pro dancer’s ankle has always been a source of constant worry for which she has even had to sit out for a couple of seasons. But Peta never lost faith in her talent and always comes back stronger and better than the last time. She also took a three-season hiatus for her family, during which she worked on ‘Sway: A Dance Trilogy’ with her now-husband Maksim, his brother Valentin, and Tony Dovolani. She is all set to feature on the 29th season of ‘DWTS’ with her dancing boots on!