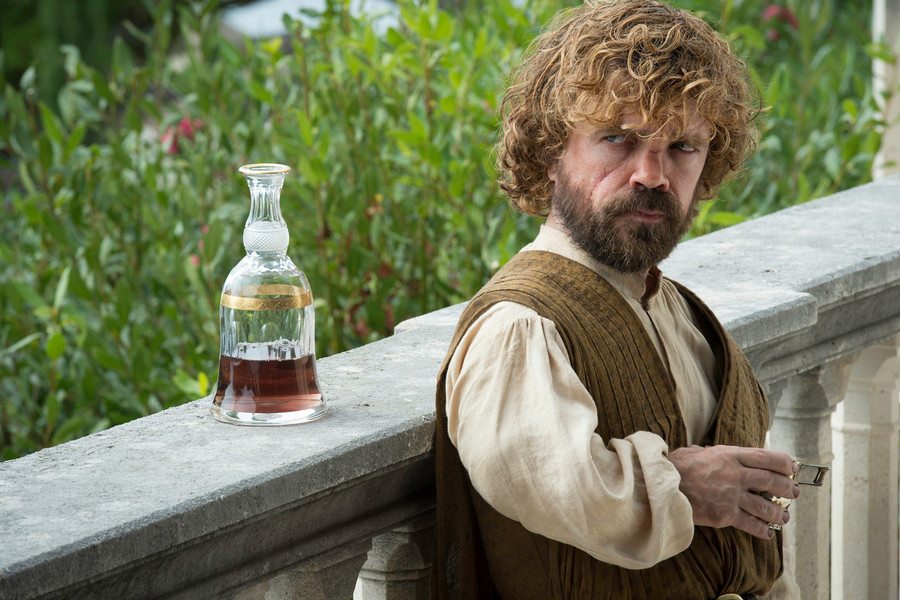 Peter Dinklage made his acting debut in the 1995 comedy-drama ‘Living in Oblivion’. After appearing in a series of supporting parts in much of the 1990s and early 2000s, he made his breakthrough by starring in the Tom McCarthy-directed comedy-drama ‘The Station Agent’ in 2003, which had him play a railroad-obsessed introvert who inherits an abandoned train depot. He was cast in the role by director Tom McCarthy who fondly recalled his appearance in McCarthy’s play ‘The Killing Act’ in 1995. For his performance, he received a Screen Actors Guild Award nomination for Best Actor and an Independent Spirit Awards nomination for Best Male Lead. In the same year, Dinklage played the title role in the play ‘Richard III’ at the Public Theater. He also played a children’s book author in the comedy ‘Elf‘.

In 2006, Dinklage appeared in the Sidney Lumet-directed crime film ‘Find Me Guilty’. He followed with roles in the films ‘Underdog’ in 2007, the British film ‘Death at a Funeral’ in 2007, and its American remake of the same name in 2010. He also appears as Trumpkin in the high fantasy film ‘The Chronicles of Narnia: Prince Caspian’ in 2008.

Dinklage gained international recognition in 2011 with the HBO fantasy drama series ‘Game of Thrones‘ for his portrayal of Tyrion Lannister. As of 2016, Dinklage has received consecutive Primetime Emmy nominations from 2011 to 2016 including two wins for the role, as well as one Golden Globe Award. In 2017, Dinklage became one of the highest-paid actors on television and earned £2 million per episode of ‘Game of Thrones’.

Dinklage provided the voice of Captain Gutt in the 2012 computer-animated comedy ‘Ice Age: Continental Drift‘, which earned over $877 million—his highest-grossing release as of 2016. In 2014, he played supervillain Bolivar Trask in the superhero film ‘X-Men: Days of Future Past‘. The same year, he was supposed to voice Ghost in the video game ‘Destiny‘, but was later replaced by Nolan North. He then starred in the comedy ‘Pixels‘ in 2015, ‘The Boss’ in 2016 and the computer-animated comedy ‘The Angry Birds Movie‘ in 2016.

At this point, the question that might be circling your mind is what is the next Peter Dinklage movie or TV show? Well, the good news is that we have a clear answer to that question. Here’s the list of upcoming Peter Dinklage films and TV shows scheduled to release in the near future. We can only hope that the new Peter Dinklage performances would be as good as some of his recent ones.

‘The Croods‘ sequel will now be also joined by the fabulous Peter Dinklage alongside Nicolas Cage, Emma Stone, and Ryan Reynolds who reprise their roles in the upcoming film. Accordingly, the movie will have Nicolas Cage as Grugg, Emma Stone as Eep, Ryan Reynolds as Guy, Clark Duke as Thunk, Catherine Keener as Ugga and Cloris Leachman as Gran. Leslie Mann and Kat Dennings are also included in the cast.

Mann lends her voice to an upscale mother of a rival family, while Dennings voices her daughter. In this film, the Croods will face the biggest threat since leaving the cave, which is another family. Dinklage will voice the character of Phil Betterman. In October 2017, it was reported that Joel Crawford will serve as director and Mark Swift is set to produce. ‘The Croods 2′ is set to be released on December 23, 2020. 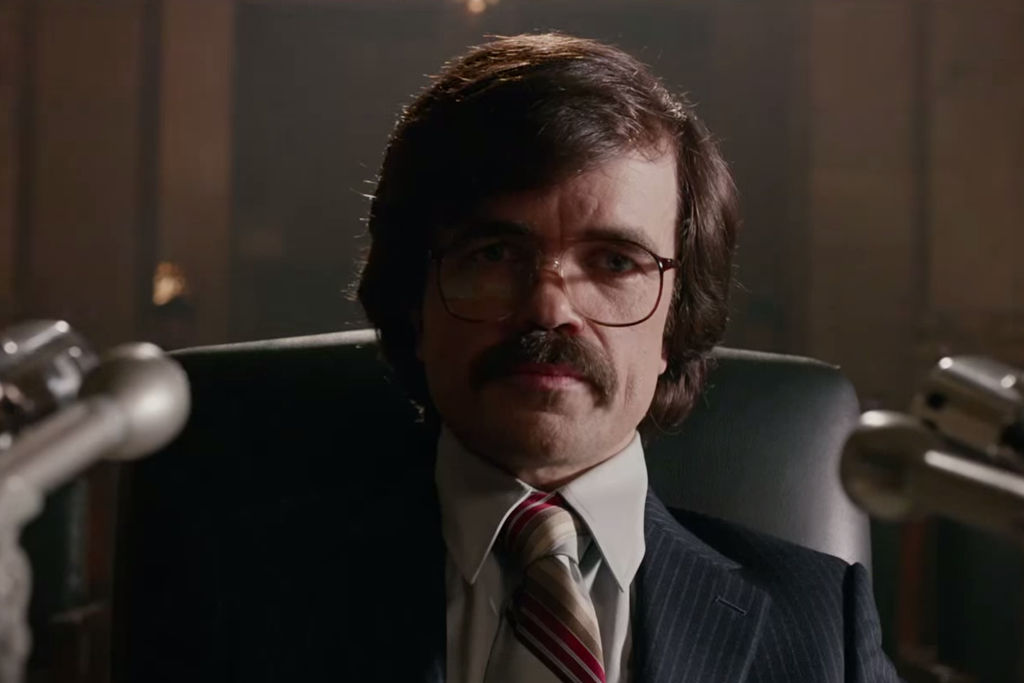 ‘I Care a Lot’ is an upcoming dark crime drama that tells a tale of how karma can sometimes come to haunt a person with dangerous consequences. As we know, taking care of the elderly is a genuinely good deed, and there are several legal guardians who go out of their way to help the clients they are assigned to.

Of course, not every legal guardian is nice and there are many who try to fleece their clients or take undue advantage of the trusting nature of old age, coupled with lowered observation and processing powers. This is the idea that ‘I Care a Lot’ follows. We meet Marla Grayson, played by Rosamund Pike. Marla is in the habit of living a life of luxury while acting as a legal guardian. The con-woman chooses soft targets and gets away with it.

However, things take a dark turn when she comes across a seemingly perfect client, only to uncover disturbing secrets about their past. Now, Marla must use all her wits and cunning to keep herself alive, and perhaps make it out of the job safely. Apart from Pike, Dinklage joins the cast which leads us to believe that the acting will be excellent in the upcoming film written and directed by J Blakeson. 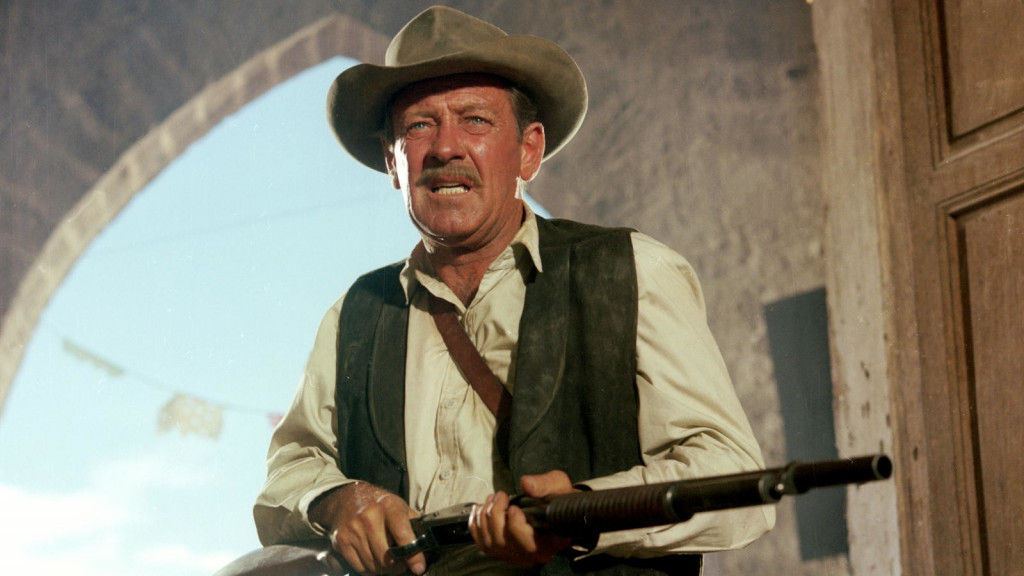 Sam Peckinpah’s bloody and almost breathtaking 1969 Western is getting a remake helmed by Mel Gibson. The plot is simple. A band of robbers who are on their last legs, try to avoid the law, which is closing in on them. They share a spirit of companionship and make a run for it, heading to the village of one of their members. In the waning days of the Wild West, there is still a lot of violence and the robbers meet someone they don’t like on the Mexican side of the border.

They come across a warlord, who is ruthless, despicable, and truly inhuman. When a member of their own group is attacked, because he led a revolt with his people in Mexico, these trigger happy robbers have no option but to step up. After all, they are men of honor and have a code. Together, they rain down hell on this warlord, in a dizzyingly wonderful shootout. While they do not make it out alive, the threat is contained, as evil is ultimately rooted out in this wonderful Peckinpah picture. Peter Dinklage is rumored to be a part of the upcoming remake which stars the likes of Michael Fassbender and Jamie Foxx, thus promising us stellar performances to heighten the wonderful tale.

‘Game Of Thrones’ star Peter Dinklage will star opposite Alexander Skarsgard as a Machiavellian right-hand man in renaissance action film ‘The Dwarf’. Brad Anderson is on board to direct from a screenplay he wrote with Lyn Vaus. Dinklage will play a fearless man who proves his mettle and earns the trust of a prince after he conquers an all-time wrestling champion in a contest.

Once he has jockeyed for position next to the seat of power, the dwarf pledges his undying loyalty and resorts to assassinations and subterfuge in his merciless quest to protect his new master. Sriram Das, Marc Rosen, and Dinklage serve as producers on ‘The Dwarf’ and Robert Ogden Barnum and Mark Collins are the executive producers. 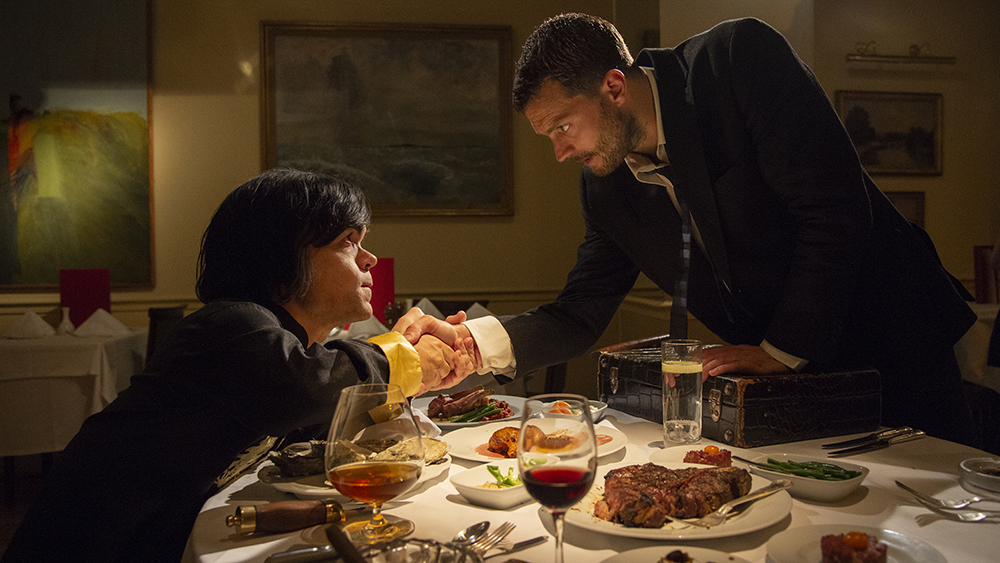 ‘The Thicket’ is an adaptation of Joe Lansdale’s crime thriller novel of the same name. The movie is produced by Gianni Nunnari’s Hollywood Gang along with Dinklage and his long-time manager David Ginsberg’s joint production venture. The dark thriller is set in East Texas of the early 20th century. The plot follows a naive young man, Jack whose sister is abducted by the ruthless criminal Cut Throat Bill.

When the system turns a blind eye to his plea for justice for his sister, Jack takes things to his own hands. With the help of a bounty hunter, Shorty, played by Dinklage, he sets on his trail. The grave-digger, alcoholic, who is the son of an ex-slave and a sex worker, also joins the gang. The trio traces back the hints and evidence left behind by the kidnapping party only to end up in the deadly no man’s land, the Big Thicket, and a bloody climactic showdown. ‘The Thicket’ is directed by Elliott Lester. 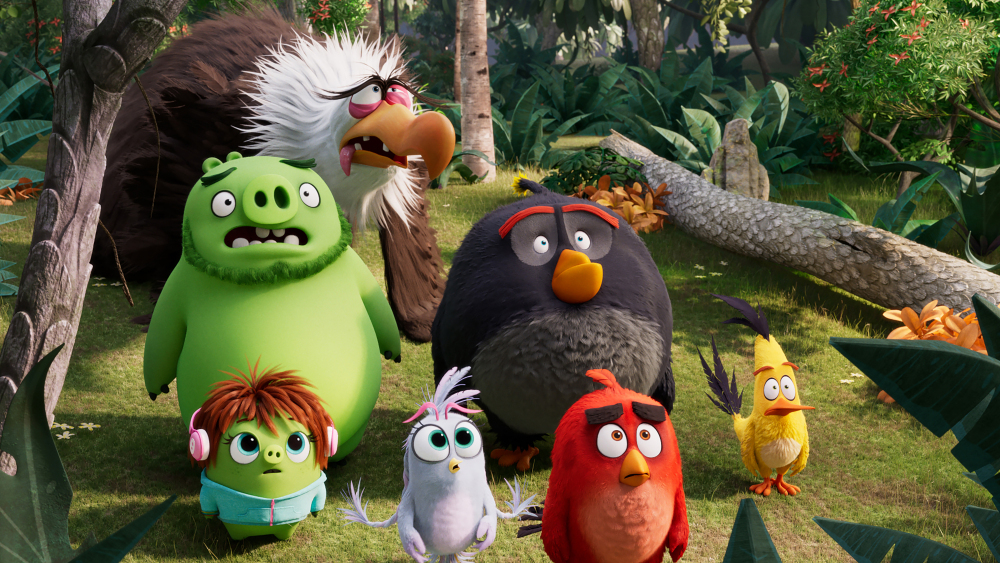 A sequel to ‘The Angry Birds Movie’ was announced in August 2016. It is directed by Thurop Van Orman, co-directed by John Rice, and written by Peter Ackerman. John Cohen returns from ‘The Angry Birds Movie’ to serve as a producer, with animation again handled by Sony Pictures Imageworks. Sony Pictures Animation was originally going to co-produce the film but then dropped out of the project.

In April 2018, the majority of the voice cast was announced. Jason Sudeikis, Josh Gad, McBride, Hader, and Dinklage reprise their roles from the first film. Jones voices a new female villain. In December 2018, Nicki Minaj joined the cast of the film.

The plot follows the birds and pigs forming a new alliance as they prepare to face a much deadlier enemy who wants to colonize both the islands. 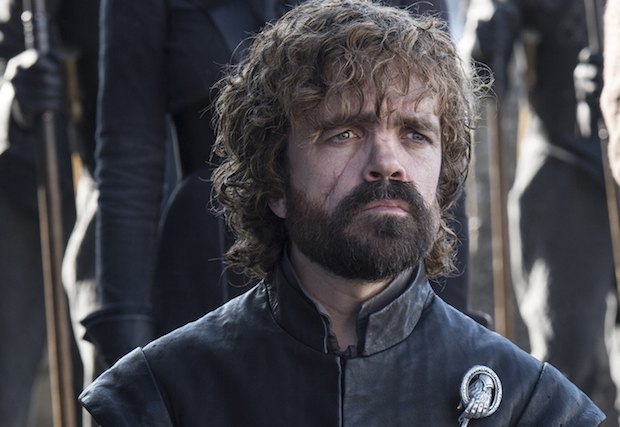 The final season of HBO’s mythological ‘Game of Thrones‘ is done and dusted. The show has had a terrific run, which somewhat fizzled out despite all the promise that Season 8 had. Based on the works of George R.R. Martin, ‘Game of Thrones’ managed to take us deep into the world of Westeros, inhabited by knights, lords, dragons, and white walkers. In a world where the supernatural is possible, we soon learned that humans still pose the greatest threat. Over the seasons, several conflicts played out and were brought to brutal conclusions.

One only has to think of highlights like the Red Wedding or the Battle of the Bastards, to know that the series has not held back on the action or violence. Amidst such intricate politics, some characters immediately emerged as favorites. One of these has been Peter Dinklage’s Tyrion Lannister. In an extremely physical world, Tyrion manages to come a long way thanks to his Lannister family name, but mostly because of his sharp mind. Equally intelligent people at court like Varys and Lord Baelish immediately take a liking to him and treat him with respect.

Moreover, Tyrion has had some of the choicest dialogues over the seasons, be it from him drinking and knowing things, or the impassioned outburst at the trial for Joffrey’s death. The final season shows Tyrion taking a stand against Daenerys, despite agreeing to help her out. The dwarf puts the kingdom above all else and recognizes a bad ruler when he sees one, even if there is a personal risk to him. The character remains uncompromising in his opinions and ideas until the very end.

‘Between Two Ferns: The Movie’ is bound to bring back memories for those who enjoy the talk show of the same name. Hosted by Zach Galifianakis, the show usually puts a celebrity in a spartan studio setup and is almost an antithesis of what a normal talk show looks like. Normally, celebrities are put at ease by the hosts, before they are asked questions about their work and lives, and that too, the questions are tastefully phrased, so as not to be intrusive.

However, in ‘Between Two Ferns’, the dynamics are changed. The host places the celebrity in a sparse studio adorned by two ferns and takes an antagonistic approach in asking purposely difficult questions. The movie gets to witness more of the same until Zach’s studio floods. His boss is not amused when he hears that Zach cannot deliver the interviews until the studio is fixed. He dangles a late-night show spot in front of Zach and issues the ultimatum that he has to conduct the interviews. Zach and his crew hit the road where the interview celebrities, and get to learn more about themselves.

Dinklage is one of the celebrities they interview, and funnily enough, steal from to make the ends meet on their road trip. The movie released on Netflix on September 20, 2019.