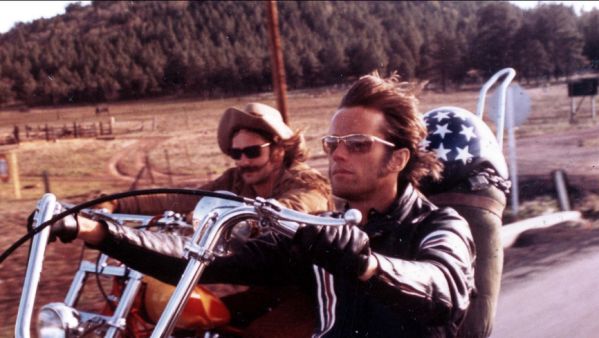 Peter Fonda, who comes from the legendary Fonda family but made his own name with the movie ‘Easy Rider‘, has passed away at the age of 79. Peter, the son of acting legend Henry Fonda, the younger brother of actress Jane Fonda and the father of Bridget Fonda, died on Friday morning at his home in Los Angeles. The cause of his death was a respiratory failure due to lung cancer.

The family representative released a statement regarding Peter Fonda’s death, saying, “In one of the saddest moments of our lives, we are not able to find the appropriate words to express the pain in our hearts. As we grieve, we ask that you respect our privacy. And, while we mourn the loss of this sweet and gracious man, we also wish for all to celebrate his indomitable spirit and love of life.” Jane Fonda spoke to The Hollywood Reporter about her brother’s death, saying, “I am very sad. He was my sweet-hearted baby brother. The talker of the family. I have had beautiful alone time with him these last days. He went out laughing.”

Fonda received an Academy Award nomination as the screenwriter of ‘Easy Rider’. He shared it with Terry Southern and Dennis Hopper. He became a poster boy to a generation of young people due to the movie. His cool shades and leather jacket with the American flag stitched on the back almost made him ‘Captain America’ to kids living in college dorms at that time. He was revered as a symbol of rebellious youth and considered among the poster boys of counterculture, along with the likes of Mick Jagger, Jimi Hendrix, Muhammad Ali and John Lennon. Apart from ‘Easy Rider’, Fonda appeared in several films and television shows like ‘Escape From L.A.‘, ‘3:10 to Yuma‘, and ‘The Alfred Hitchcock Hour‘.

When the news of his death broke, several known names of Hollywood also came together to pay their respects. Director Edgar Wright tweeted, “RIP Peter Fonda, counter culture legend, groundbreaking actor and all round real life hero. His sampled voice in Primal Scream’s ‘Loaded’ will echo on forever: ‘Just what is it that you want you to do…’ “. Comedian Kathy Griffin told a story of how Fonda encouraged her. She said, “I loved it when he would call me “man”. I did! Every time I had the chance to run into him, he was the same guy. Not an ever-changing chamaeleon like so many Hollywood folks. Unbelievably giving and kind and comfortable”. Ava DuVernay, who recently made ‘When They See Us‘, also shared her experience with Peter Fonda calling him a ‘kind’ and ‘wise’ individual.