Peter Rabbit 2 The Runaway: Everything We Know

I have a unique theory about the unprecedented success of an R-rated property such as ‘Joker’, that quite recently became the biggest R rated film in history. That the success of such a property really, really means a big deal, since it simply alludes to the quality of said film, given that it attracted a niche within the relatively narrower bracket: that of adult audiences all over the world, cutting the targetable audience directly in half.

One might argue that their very appeal (completely true in this case too) stems from their R-rated nature. Family films on the other hand, representing a very large gamut of pictures hanging somewhere between the G and PG brackets, the kind that Disney so often produces, are near bulletproof, and by definition attract nearly four times the audiences compared to the kind of films that I just discussed above. Not to deride the success of films worldwide, but this just helps in putting things in perspective.

I personally prefer the British counterpart of this CGI-reality hybrid, the Peruvian bear Paddington, but who am I kidding? Peter Rabbit is where I would go to when I need some over the top, banterful fun. To add to that, the amount of money that the first film made: nearly $350 Million on a budget of $50 Million, which came as a surprise to me and is testament to the very bulletproof-ness I was talking about. That meant that a sequel was quickly coming, and it did. ‘Peter Rabbit 2: The Runaway’ is all set to hit theatres in 2020, and fans who cannot contain their excitement needn’t worry, since here is everything that we currently know of the film. Read on.

Peter Rabbit 2 Plot: What Is It About? 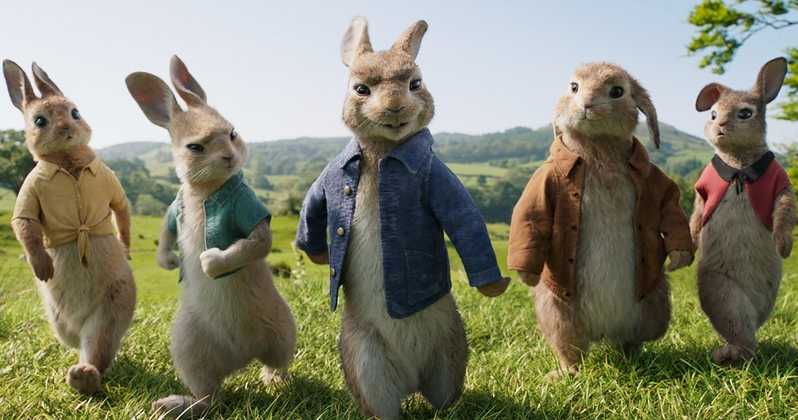 The first film saw Peter Rabbit and his sisters and cousin causing trouble in the vegetable garden that Thomas inherits from his father, putting them at odds owing to Thomas’ renovation plans. What follows between the two is a hilarious battle of wits and will as the two try to assert control over the garden and more importantly, as Thomas tries to gain his victory over the cheeky bugger that Peter comes to be by the end of the film. Things are only further complicated by the presence of Bea, who Thomas loves and is also kind of a maternal figure to the rabbits, forging an uneasy peace between the two as the first film ends.

As the title of the film and its subtext suggests, the film will have Peter run away from Thomas and the others and out into the city owing to the seemingly many issues that still persist between the two that come to the fore just as Thomas is about to wed Bea as in the beginning of the trailer of the film. This is summed up in a hilarious though daydreamt kick that Peter lands in Thomas’ face as the minister at the wedding calls Thomas the father of the rabbits, something that clearly offends Peter.

The family also appears to be having their happily ever after with Thomas’ toy shop where Bea sells her paintings of the rabbits too seemingly doing well, when Thomas’s distrust of Peter irks him, causing him to escape, seemingly on a mission to prove himself to be just as bad as Thomas thought he was. He continues inviting trouble roaming alone in the city until he encounters and tags along with an older rabbit who claims to have been a friend of Peter’s father and through his wisecrackings, gains a wider perspective and the journey back home is what the rest is the film would encompass with plenty laughs on the way.

Peter Rabbit 2 Cast: Who Is In It? 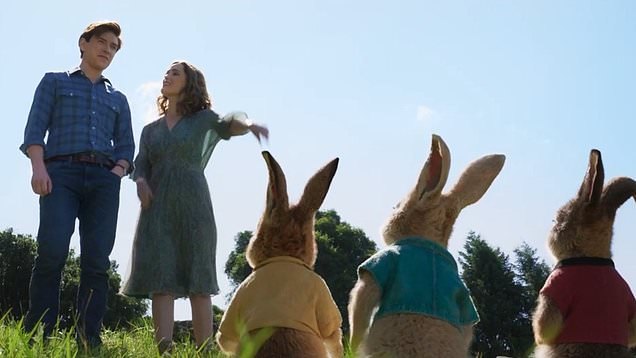 The cast for ‘Peter Rabbit 2’ boasts of some of the biggest names in the business, including Domnhall Gleeson as Thomas McGregor, Rose Byrne as Bea, and David Oyelowo playing a yet undisclosed character being the main names in the list of live action actors appearing in the film. As for the voice cast who would be lending their voices to the computer generated rabbits on screen, James Cordon would be returning for the second film to voice the titular Peter Rabbit, Margot Robbie as Flopsy Rabbit, Elizabeth Debicki as Mopsy Rabbit and a yet undisclosed actor cast in the role of Barnabas.

Peter Rabbit 2 Crew: Who Is Behind It?

Will Gluck would be returning to helm a second feature in the film series after working on the original one in 2018, based off of a script written by him and Patrick Burleigh from stories written on the titular character by Beatrix Potter. The film will be distributed and released by Sony under its Columbia and Sony Pictures Releasing banner, although this time, Sony Pictures Animation wouldn’t be involved in the development of the film.

Peter Rabbit 2 Release Date: When Will It Premiere?

‘Peter Rabbit 2: The Runaway’ is all set to premiere during the Easter weekend next year on April 3, 2020.

Check out the whimsical whammy trailer for ‘Peter Rabbit 2: The Runaway’ here that sees the rabbit escaping into and surviving the city on his own with some hilarious results. This two and a half-minute segment has been labelled as a teaser trailer so expect one more along the way before we finally hit release day.