Who Were Phillip Jablonski’s Wives? 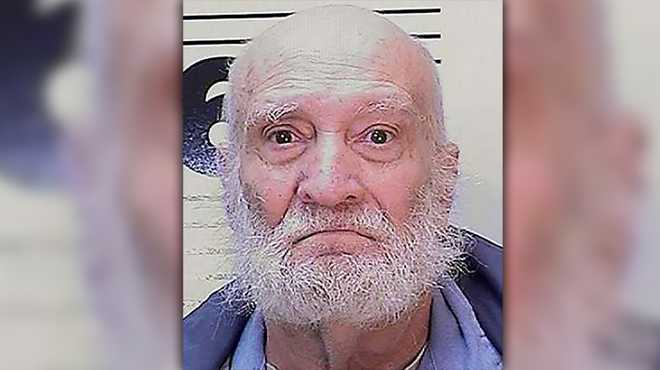 True-crime documentaries that chronicle real-life events and describe everything in gruesome detail have the ability to entrance us by appealing to the darkest corners of our human psyche. The intriguing, invigorating, and extremely disturbing accounts make us wonder what truly goes on in the mind of the criminals. So, to answer this question, Investigation Discovery has dedicated a whole week to profiling some of America’s most prolific and elusive serial killers. Among them is Phillip Jablonski – a murderer who took the lives of five innocent women, including that of two of his wives. His personal life, motives, crimes, and ultimate death are all documented in the two-hour film entitled ‘The Serial Killer Among Us: Phillip Jablonski.’

Phillip Jablonski met his first wife, Alice McGowan, back when they were in high school. The two got into a relationship soon after that and stayed together even after Phillip enrolled in the United States Army to fight in the Vietnam War in 1966. When he returned to the US in 1968, they got married and subsequently moved to Texas to start a life together. While there, though, Phillip turned sexually violent. His past – related to the abuse he faced because of his alcoholic father and the trauma of war – finally caught up with him and completely broke him.

On several occasions, Phillip strangled Alice until she was unconscious and then proceeded to rape her. Once, while they were in the middle of having sex, he even pushed a pillow on her face, successfully cutting off her air supply, and attempted to kill her by suffocation. Another time, he tried to drown her in the tub while she was taking a bath. This went on for months on end, but finally, Alice got the courage and left him. In saying that, though, at that time, she never reported him to the police for attempted murder or rape or opened up to them about any sort of violence that she faced during their marriage. Unfortunately, we don’t have any details about where Alice is now, or even if she’s alive.

After years of terrorizing women – by raping them and hurting them – in February of 1977, after he was released from prison on a rape charge, Phillip met Melinda Kimball (Linda). By August of that year, they were living together, and in December, Linda gave birth to their daughter, Meghan. Although some reports claim that she was his second wife, others just refer to her as his girlfriend and live-in partner. But, alas, whatever the true nature of their relationship, it did not end well, at all.

On the evening of July 6, 1978, Linda’s mother, Isobel Pahls, who lived nearby the couple’s apartment, was awakened by Phillip. He was just wearing undershorts and had a knife to her throat. He told Isobel that he had come to rape her, but couldn’t go through with it because when he looked at her, “all he could see was Linda’s face.” Isobel managed to get away from him but did not report the incident to the police. However, it seems like she did tell her daughter because, in just a few days, Linda left Phillip, took their daughter, and moved in with her mother.

On July 16, at around 11 a.m., Linda returned to the home she previously shared with Phillip to pick up some things for their daughter. A few hours later, she was found dead inside the apartment, with Phillip nowhere to be seen. Her wrists were bound. She had been brutally beaten, stabbed, and strangled with a man’s belt. Linda’s blouse had been pulled up and her pants and undergarments were pulled down. Even her bra had been ripped apart. Phillip was arrested 11 days later, in Arizona. And, when the case went to court, he pleaded guilty to second-degree murder, assault, and attempted rape.

For Linda’s murder, Phillip was convicted and sent to prison, where he spent 12 years. He was released on parole for good behavior in 1990, despite the fact that, in 1985, when his mother visited him, he tried to strangle her with a shoelace. During his time behind bars, though, Phillip managed to get married again. In 1982, he met and married Carol Spadoni, who had answered a personal newspaper ad that he had placed while serving time. Soon after that, though, just as Phillip was released, Carol wanted to end their relationship. Apparently, she told a friend that he was weird and that she was afraid of him.

Carol, 46, started living with her mother, Eva Petersen, 72, on Sanchez Street in Burlingame, in San Mateo County, California, which did not bode well with Phillip. Therefore, on April 23, 1991, he killed them both in their home. When Eva’s body was found, investigators noted that a towel had been folded over and pushed into her mouth, and a bullet had been shot through it. She was naked from the waist down, and the garments that she was wearing on her top half were pulled up. There was another bullet wound above her right breast and a stab wound in her neck. Other cuts on her face and her nipples were also noticeable.

Carol’s body, on the other hand, was found in the living room. She was clothed in a nightgown, but her condition was much worse. Phillip had killed his third wife by tightly covering her nose and mouth with duct tape, stabbing her, and shooting her. She had a bullet wound behind her right ear, half of her right breast was sliced off, and she had a stab wound on her neck, three in her abdomen, and a few more on her vagina. She was so badly cut up that her intestines were protruding. Phillip didn’t want Carol to leave him, so, in an uncontrollable rage, he killed her and his mother-in-law, in a way that can only be described as heinous. Thankfully, he was arrested just a few days later and didn’t get a chance to marry (and then murder) anyone else. Although, the total number of his victims does amount to be 5.