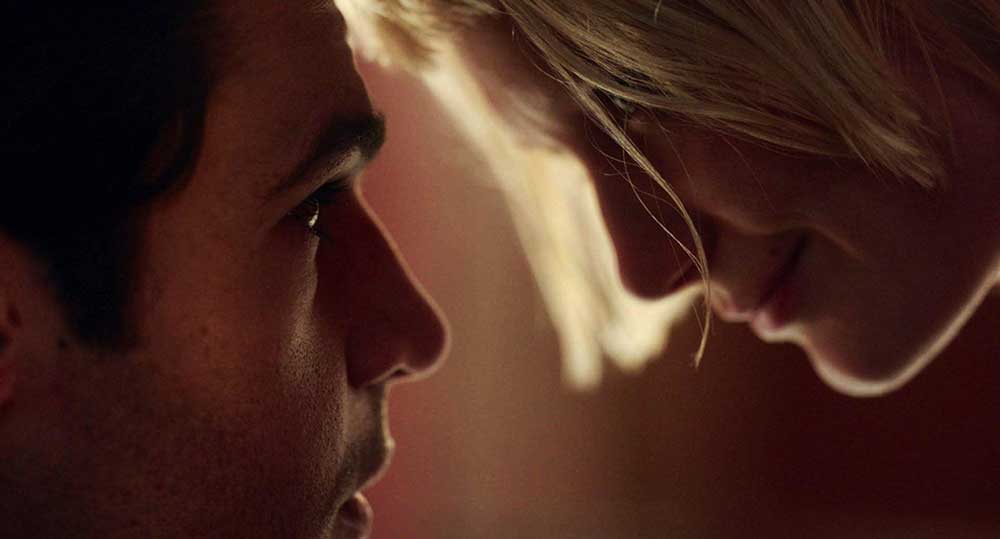 After Nicolas Pesce’s stellar debut with the pure nightmare fuel ‘The Eyes of My Mother’ in 2016, the anticipation was certainly high about his sophomore feature, ‘Piercing.’ While still unequivocally part of the horror genre, the latter movie is more of a psycho-erotic thriller than an out-and-out gorefest, although there are plenty of blood and disturbing visuals in it.

It is the cinematic adaptation of Japanese author Ryū Murakami’s 1994 namesake novel. The thriller revolves around a budding and complex relationship between two incredibly lonely people. Since its release, the movie has played a pivotal role in establishing Pesce as one of the most innovative horror directors of modern times. SPOILERS AHEAD!

Reed (Christopher Abbott) has deeply-rooted violent tendencies that make him want to murder his infant daughter. He concludes that he has to kill a stranger, preferably a prostitute, to bring these proclivities under control. He travels to a different city, rents a room at a high-end hotel, and meticulously plans what he will do once his intended victim arrives. However, the escort service contacts Reed to tell him that the woman he has selected is not available and asks if he will mind if they send a replacement. Impatient and slightly frustrated, he agrees.

In the final act of ‘Piercing,’ a heavily-drugged Reed finally manages to tie Jackie’s wrists together and gets ready to kill her with an ice pick but passes out once more. When Reed wakes up, he finds that he has been stripped off his clothes, bound, and gagged. When he still tries to get the ice pick, Jackie picks it up and starts caressing him with it. Just when it seems like she is going to stab him with it, he tries to speak. Jackie stops and removes the gag. The film ends with Reed asking if they can eat first, echoing her words from earlier.

In Search of Fulfillment

‘Piercing’ unfolds like a two-hander, exclusively focusing on its two main characters. Most of their interactions take place in confined places, Reed’s hotel room, the backseat of a taxicab, Jackie’s apartment, all of which actively separate them from the rest of the world. In that secluded – albeit momentary – existence, the two of them search for their personal fulfillment. During a drug-induced vision, it is revealed that Reed’s first victim was his former lover, who was considerably older than him.

She becomes a willing participant in his murder fantasy and doesn’t really comprehend his final plans for her until the very end. They remain completely oblivious of each other’s real intention until a still groggy Reed informs Jackie that he is going to kill her with his ice pick. Suddenly realizing that none of what happened earlier was part of an elaborate game, she starts screaming and struggling. This, in turn, shocks Reed.

“I thought this is what you wanted,” he protests. This is a moment of profound clarity for both of them. They finally know what the other person wants. After reassuring himself repeatedly that he is killing a consenting victim, Reed realizes that he can’t now murder a resisting one. With the drug still coursing through his system, he loses consciousness again.

By using split screens and predominantly 1960s and 1970s music, Pesce makes a conscious effort to generate a comparison between this film and the works of Quentin Tarantino. The city wherein the story is set gives off a neo-noir vibe similar to that of Sin City from Frank Miller and Robert Rodriguez’s 2005 eponymous film. At the end of ‘Piercing’, the story of Reed and Jackie comes full circle, and almost inevitably, the perspective shifts from Reed to Jackie. When she brings him to her home, Jackie is the eager initiator of all their interactions.

Read More: Where Was Piercing Filmed?