‘PK’: About Gods And Other Absurdities 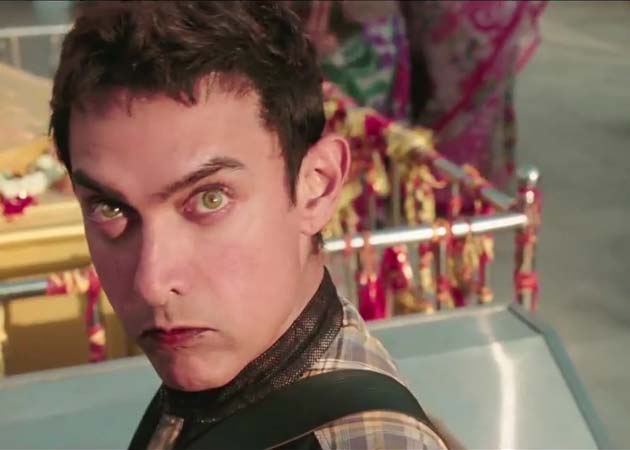 ‘PK’ is a funny film. As I was watching it, I could hear audiences in theatre roar with laughter on several occasions. In fact, there was hardly a moment of, as PK would describe it, “lull” in the film. It seemed as if all the people — including me — were having a gala time watching one hilarious scene after another. Then, the movie ends. People, still in an upbeat mood, leave their seats and continue to talk about how funny the film was as they walk out of theatre. I leave my seat too and walk behind them pondering about the whole irony behind it all. It is hard not to wonder that the same people who were laughing and enjoying themselves while watching the sheer absurdness of idol worshiping, faith-based idiosyncrasies and religious customs would go home and practice exactly the same things that they were laughing at.

It is easy to brush off a film like ‘PK’ because after all it is just entertainment. 150 minutes of good time and then life goes on as usual. God will exist. Religion will exist. And so will all the absurdness around it. And this is where ‘PK’ as a film succeeds and fails both at the same time. While it succeeds to entertain and does so wholesomely, it fails to affect. Don’t be mistaken. I am not trying to say that it should have changed the way people start looking at this world — an art can only, at the most, strive to do so. What I am saying is that it should have made people sit and think, which, I seriously doubt this film is going to do. Partly because, ideas that ‘PK’ is trying to talk about are not hidden from the common view of the people. Most of the people already know about it. Many, themselves, practice it. The other part of the reason is that ‘PK’, as funny and enjoyable and feel-good it is, lacks the heft or even the intrigue to hold people’s interest and occupy people’s mind once the film is over. And anyway, in India, the topic of ‘God’ and ‘Religion’ is considered too sensitive and sacrosanct to be discussed, except in the confines of a living room. So, I am pretty sure, people, after watching ‘PK’, are going to talk about how so and so scenes were funny and how good was Amir Khan; but I don’t expect them to have conversations on the existence (or non-existence) of God, the absurdness  of religion and the customs surrounding it, the nonsensical extent people are willing to go to pursue their faith, the deplorability of self-appointed messengers of God, and the ridiculousness of idol-worshipping. And that’s partly the flaw of the film and partly, the flaw of audiences themselves.

‘PK’ delves, uninhibitedly and unequivocally, into the above talked about important and complex issues and does so in a way that only RajKumar Hirani can do. By now, we know that with every film, Hirani wants to put across a message among people. Each of his films, from ‘Munnabhai M.B.B.S’ to ‘PK’, have something to say about the society we live in. And while Hirani hardly leaves an impression as a director and has a straightforward and indistinguishable style of filming, he is a great writer. Hirani also has the gift of creating humor out of the most ordinary situations and people, and he utilizes this gift of his to the fullest degree, which obviously results in some over-the-top moments and will require at times suspension of disbelief from the viewers to fully enjoy it, but, overall it works. I mean, it works as a piece of entertainment. Nothing more. Nothing less. Even though, the tone of the film is satirical, at the end of it all, it hardly feels like a satire; and part of the blame for that lies in the uncontrollable urge of Indian filmmakers to somehow fit a romantic angle to the story, even if, it hardly demands so. Therefore, whatever love story Hirani is trying to fit into the narrative actually ends up diluting the overall impact of the film, especially in the climactic moments, when focus tends to shift from God and religion to love and melodrama.

Having said all of that, I must say, Hirani very strongly believes in things he is trying to convey in the film. While it is easy to mistake him to be an atheist or anti-God, the truth is: he is not. On the contrary, he is a Creationist — someone who believes that the Universe and living organisms originated “from specific acts of divine creation”.  In ‘PK’, he is not trying to demean God, but he is rather attempting to question human’s ideas of seeking and attaining God. His belief very clearly comes across in one of the lines that Jaggu says “If God really wanted humans to follow him blindly, he wouldn’t have given them the sense of reasoning”. ‘PK’ has many such great lines that could have acted as food for thought for the audiences, but usually they get lost either in the exaggeration of the plot or in the roars of laughter. The subject matter that ‘PK’ deals with ideally required the subtleness of a Guru Dutt to fully convey its message to people in ways that could have affected them. In its current form, even though, ‘PK’ is about Gods, religions and the absurdness surrounding them, it hardly ever transcends the boundaries of “having a good time at the cinema”.  Nothing wrong in that. I only wish it could have been more.