A Guide to the Filming Locations of ‘The Plot Against America’ 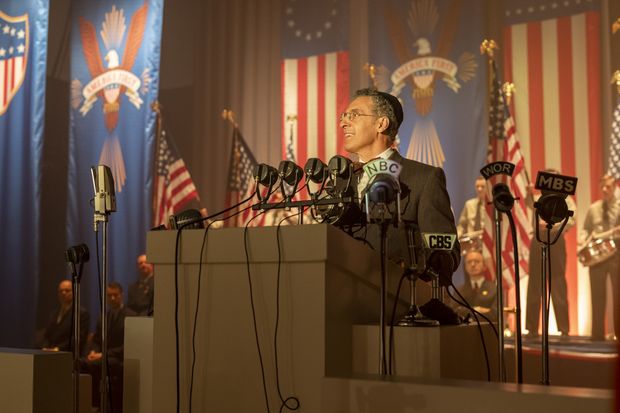 ‘The Plot Against America’ is an alternate history television series that feels extremely resonant with the contemporary political scenario despite being set in the 1940s. It posits a speculative world that incites extreme fear by depicting a fictional world that could very easily exist if certain kinds of views are allowed to become dominant.

Coming to the point, ‘The Plot Against America’ is an adaptation of Philip Roth’s novel of the same name and imagines a world wherein Roosevelt gets defeated by Charles Lindbergh. By doing so, it imagines a domestic atmosphere that becomes increasingly anti-Semitic. The issue of majoritarianism is something that would feel extremely topical.

The Plot Against America Filming Locations

‘The Plot Against America’ is a television series that takes viewers back in time and to a speculative universe at the same time. An alternate history, the story is set in Newark in the 1940s in a fictional universe where Franklin D. Roosevelt gets defeated by Charles Lindbergh in the presidential elections. Masterfully crafted, the series does justice to its HBO label by depicting the alternate period setting accurately. Hence, many viewers might be wondering where the series has been filmed.

In New York, the production team set up its base at the Lumberyard Studios in Catskill in Hudson Valley, New York. Filming at the production facility was carried out between September 26, 2019 to October 2, 2019. The series’makers were able to make use of the 12,000 square feet soundstage in Lumberyard Studios. The team also travelled to nearby places like Greene, Ulster and Delaware County for on-location filming.

Most of the filming for ‘The Plot Against America’ was conducted in the state that the series is set in: New Jersey. A significant portion of filming was also carried out in Newark. For instance, filming was carried out on Commerce Street and Broad Street with vintage cars brought in to depict the period accurately. Have a look at the following video to get a glimpse of how the streets were taken back in time for filming:

As you can see, several extras were filmed exiting the National Newark Building. Storefronts were changed to suit the time period and add another layer of authenticity to the setting.

Apart from Newark, filming was also carried out in the township of Cranford in New Jersey. To be more specific, filming took place in North Avenue, from Miln Street to Springfield Avenue and from Lincoln Avenue to Centennial Avenue.

Other than that, filming also took place in Paterson. Here, Ellison Street and Washington Street were made to look like they belong to the 1940s.

In downtown Paterson, Winona Ryder has wrapped as Evelyn Finkel on HBO’s Plot Against America. So much Roth, Yiddishkeit and Jersey in the performance that her name could just as well be Winona Horowitz. Also note: Few are they who can stylishly top themselves with a dead bird. pic.twitter.com/dM5AIBDxaW

Apart from Paterson and Newark, filming was also carried out in Jersey City, Maplewood, Bloomville and Clifton, according to IMDb. Moreover, according to the same source, filming also took place in East Orange, Elizabeth, Englewood, Hoboken, Lyndhurst, Prospect Park and Union.

Read More: Shows Like ‘The Man in The High Castle’