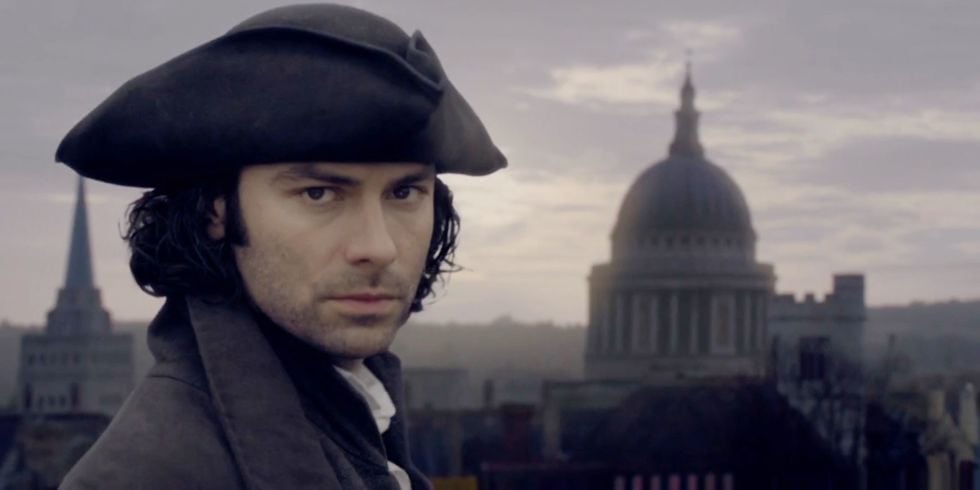 If you like historical period dramas, one of the best shows out there is ‘Poldark’ by BBC One. Created by Debbie Horsfield, the show follows the life of the titular character, Ross Poldark, after he returns to Cornwall in England following the end of the American War of Independence.

The show is based on English novelist Winston Graham’s novel series of the same name, which comprised 12 novels that were published in two phases – between 1945 and 1953; and between 1973 and 2002. Interestingly, BBC had also adapted the first seven novels into a television series earlier – the first series, comprising the first four novels, had aired between 1975 and 1976, and the second series, comprising the next three novels, aired in the autumn of 1977.

Thus, the current ‘Poldark’ show is the second attempt by the BBC to adapt the novels into a television series, and so far, things are going well. Season 1, which is an adaptation of the first two novels, aired on March 8, 2015, and was received positively by critics and audiences. Understandably, BBC wasted no time in renewing the show, and Seasons 2 and 3, comprising the third, fourth, fifth, and sixth novels, aired on September 4, 2016, and June 11, 2017, respectively. Subsequently, BBC announced a fourth season, which focused on the seventh novel in the series, and premiered on June 10, 2018. In September 2018, BBC One announced the fifth season, which premiered in July, 2019 on BBC.

Poldark Cast: Who’s in it?

Being a historical period drama that spans quite a few years, the show has quite an extensive list of characters.

All the main cast members returned for season 5.

Poldark Plot: What is it about?

Broadly speaking, ‘Poldark’ chronicles the life of Ross Poldark, a British Army officer who returns home to Cornwall following the conclusion of the American War of Independence in the late 18th century. On his return, Ross learns of his father’s death and finds his family estate in ruin and in debt. Further, Ross also learns that his first love and fiance, Elizabeth Chynoweth, is betrothed to his cousin.

Heartbroken and with his world completely changed, Ross sets about to restore the Poldark family fortune, and re-opens a derelict copper mine owned by his family. As he strives to help his father’s tenants and the people of his village, he comes across a girl named Demelza, who he learns is a victim of physical abuse. In a bid to rescue her, Ross offers her a job as a kitchen maid, and several years later, falls in love with her, marries her, and is gradually reconciled to the loss of Elizabeth’s love.

As Ross works towards restoring his family fortune through mining activities, his efforts are marred directly and indirectly by his greedy and arrogant business rival, George Warleggan. The drama surrounding the interwoven story arcs for each character/family, and Ross’ determination to rebuild his life despite George’s repeated interventions, make up most of the story.

With the story having stuck to the books thus far, fans of the show were expecting Season 5 to be an adaptation of the eighth book from Graham’s novel series. However, that will not be the case. While show creator Debbie Horsfield has confirmed that Season 5 will be the last, she has also said that the final season will focus on the 10-year span between the events of the seventh book, The Angry Tide, and the eighth book, The Stranger from the Sea. This, of course, will be interesting, as it will focus on a period that is not explored in the novel series.

“In The Stranger from the Sea, Winston Graham made many references to developments that happened in the ‘gap’ years. Much can also be inferred. There are, of course, also historical events and people of the time, both in Cornwall and in London. Series five will draw on all of these to follow the lives of the Poldarks, George Warleggan, the Enyses, and the Carnes in this intervening period,” Horsfield had told press earlier.

In terms of reception, ‘Poldark’ has had a great run so far, and it enjoys quite some popularity among critics, who have given the show a solid score of 88% on Rotten Tomatoes. Audiences, too, seem to have really enjoyed the show, and it has an overall rating of 8.4/10 on IMDb, after over 20,000 votes.

Poldark Season 5 Release Date: When will it premiere?

‘Poldark’ season 4 premiered on June 10, 2018, and in September 2018, BBC One announced that filming for the final season had begun. Then, in early February 2019, we came to know that filming for the final season of the show had come to and end, and that editing and post-production processes had commenced. Finally after a few months of wait, ‘Poldark’ season 5 premiered on July 21, 2019 on BBC for its UK audience.

Around two months later, ‘Poldark’ season 5 premiered on September 29, 2019 on PBS for its US audience. For those who don’t know, this will be the last season of the show.

Here’s the trailer for ‘Poldark’ Season 5 to get you excited.