Will There be a Portals to Hell Season 3? 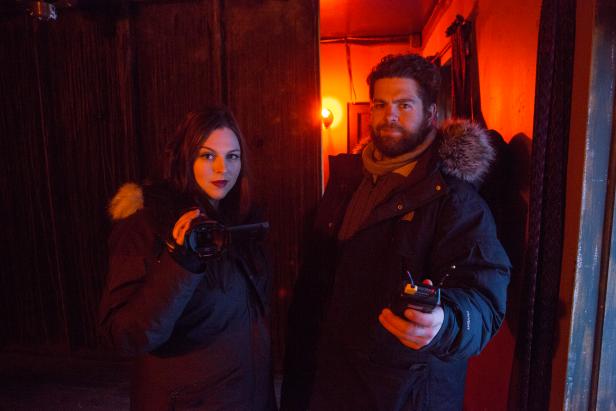 Travel Channel’s ‘Portals to Hell’ explores and investigates sites of some of the world’s most notorious hauntings and in particular those fabled to have a direct link to the Spirit Underworld. The primary motive behind the quest that drives the show is the intention to uncover the truth behind the reported hauntings and legends. Well, like almost all supernatural shows, even this series was well-received by fans, and it has spanned two successful seasons to date. Read on to know everything about ‘Portals to Hell’ Season 3.

‘Portals to Hell’ season 2 premiered on March 13, 2020, on Travel Channel. Its run of nine, one hour-long, episodes ended on June 4, 2020. Supernatural documentaries have an unfailing fan appeal. And ‘Portals to Hell’ has already managed to make a place for itself in this overcrowded genre. Therefore, it should be renewed for a third season soon enough. Once that happens, we can expect ‘Portals to Hell’ season 3 to premiere sometime in March 2021.

Jack Osbourne, since his appearance in the MTV reality tv show ‘The Osbournes’ as the geeky, younger brother, has sure come a long way. Post the show’s run on MTV, Jack pursued a career as a fitness and travel reporter, presenting shows such as ‘Jack Osbourne: Adrenaline Junkie’ and BBC’s ‘Saving Planet Earth’, and has produced Syfy’s ‘Haunted Highway’.

Serving as the key producer behind ‘Portals to Hell’ as well, Jack further takes up responsibility as one of the series’ hosts. His partner in the quest for Underworld portals is a paranormal researcher and investigator, Katrina Wiedman. Famed in her field, Wiedman has previously worked on numerous cases of unexplained supernatural phenomena for A+E. Additionally, she has produced and co-hosted the TLC and Destination America show ‘Paranormal Lockdown’. The show follows the two hosts as they travel to sites infamous for their sordid past, and reported paranormal activities. In season 3, Jack and Katrina should both be resuming their hosting duties.

What Can Portals to Hell Season 3 be About?

Shot in a documentary format, ‘Portals to Hell’ follows hosts Jack Osbourne and Katrina Weidman, in their quest to uncover the truth behind the infamy of some of the most haunted sites in America. Often, these sites have been purported to be portals to the Underworld.

While describing the show in its press release, Travel Channel’s had this to say: “Hauntings exist all over the world, but there are a few locations with sordid pasts and dark histories that are especially sinister and purported to be doorways to the spirit underworld. In Travel Channel’s new series ‘Portals to Hell’ television personality and executive producer Jack Osbourne, and paranormal researcher and investigator Katrina Wiedman, join forces to explore this phenomenon, investigating each haunted location in search of irrefutable evidence that a spirit world exists, and death is not the end.”

For instance, one episode takes hosts Jack and Katrina to the allegedly haunted Alaskan Hotel in Juneau, Alaska. Established as a gold mining hotel, the Alaskan hotel was initially built for luxury. However, a notorious past of crime and prostitution has fed to its infamous reputation of a hub for demonic activities. As the team begins its investigations, things take an unexpected turn to a more sinister side. Another episode takes the team to the sleepy town McConnelsville, Ohio– home of the Twin City Opera House. In what can be called a real-life case of Phantom of the Opera, this majestic, old theater is long rumored to be haunted by a host of sordid spirits. Retired police officer, Eric Glosser turns to Jack and Katrina for backup after he gets attacked by an aggressive force while conducting an investigation.

We also see the team heading to the mid-west state of Kentucky. Home to a country honky-tonk by the name of Bobby Mackey, it is considered by many to be the most haunted place on Earth, and the location of an actual portal to hell. Special guest, psychic Cindy Kaza joins the investigation and receives a dire warning: the team is in serious danger. Another episode sees the team investigate one of America’s oldest standing prisons– Philadelphia’s Eastern State Penitentiary. Unimaginable suffering and death have rendered this location prone to paranormal activity. Deploying their “psychic bloodhound” Michelle Belanger, Jack and Katrina try to uncover the truth.

Additionally, the duo investigates Pennsylvania’s Emerald Hill Hell House, The Trans- Allegheny Lunatic Asylum in West Virginia, New Orleans’ infamous LaLaurie Mansion, and the Strawberry River Inn on the outskirts of Utah’s Skinwalker Ranch in the subsequent episodes. The destinations for season 2 include New York’s Fort William Henry, the Ohio State Reformatory, and the Haunted Hill House of Mineral Wells, Texas, among others. In season 3, the duo is expected to travel to even more terrifying sites.