14 Best Portuguese Movies of All Time

If you are looking to expand your horizons and get an introduction to Portuguese cinema, this list is for you. Portugal is a beautiful country in the south of Europe with a great cinematic view.

This list features a wide range of movies, from classics from the 40s to more recent love stories and family sagas. (It does not include Brazilian movies, only films directed by Portuguese filmmakers.) Portuguese cinema has many amazing films, which makes this list so hard to write. Here’s the list of top Portuguese films to get you started. You can also watch some of these best Portuguese Movies on Netflix, Hulu or Amazon Prime. 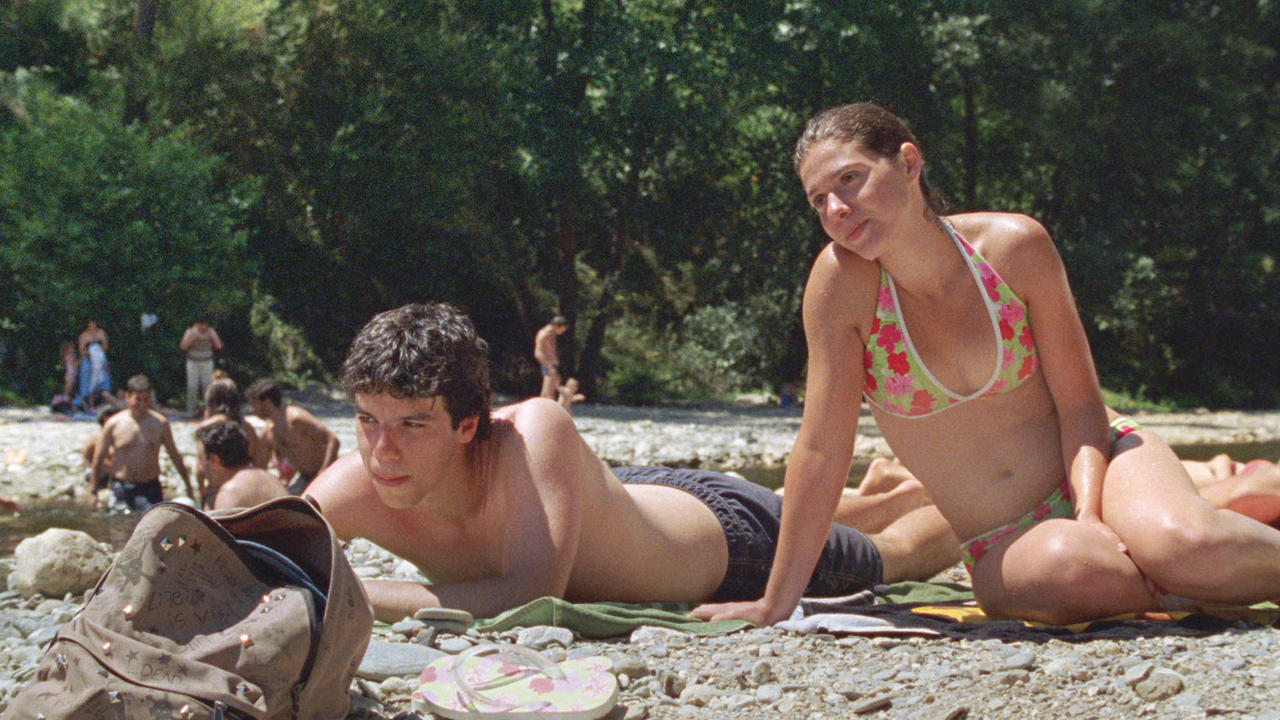 “Our Beloved Month of August” is a docu-drama about Portuguese social life in the countryside during the busy month of August. August is known for village parties and popular dances, processions and pilgrimages. It is also marked by the return of Portuguese immigrants. Director Miguel Gomes combines documentaries with fictional elements to tell a story focused on the rural side of Portugal. The film not only portrays teenage love but also family problems. This is an interesting movie, with great characters, a good dialog and an engaging narration with attention to the details.

Vanda Duarte is a heroin addict in Lisbon. We are transported to her bedroom and to the community that surrounds her. Pedro Costa’s film is a punch in the stomach. It shows the harsh realities of a group of vulnerable people. “Vanda’s Room” is possibly one of the most disturbing portrayals on the lives of the miserable that you will ever watch. Besides, it is beautiful cinematographically and very well-executed. 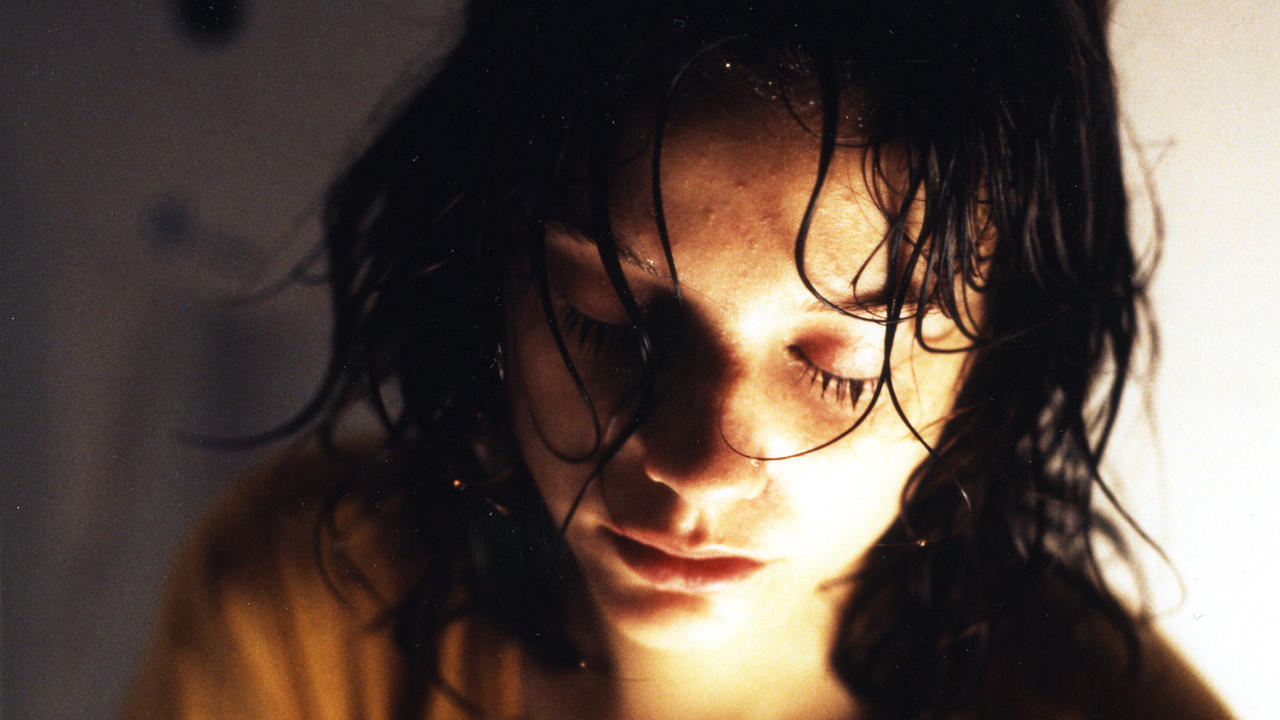 “The Mutants” follows three homeless teenage rejected by society (but also that reject society) that struggle to survive together in the 90s. Andreia is pregnant, while Pedro and Ricardo hustle, steal and are exploited by a pornographer. Directed and written by Teresa Villaverde, this film deals with complicated but important issues, such as teenage pregnancy, sexual exploitation, violence, and racism. With incredible performances and direction, “The Mutants” is an amazing and heart-breaking drama that any Portuguese cinema lover should watch. 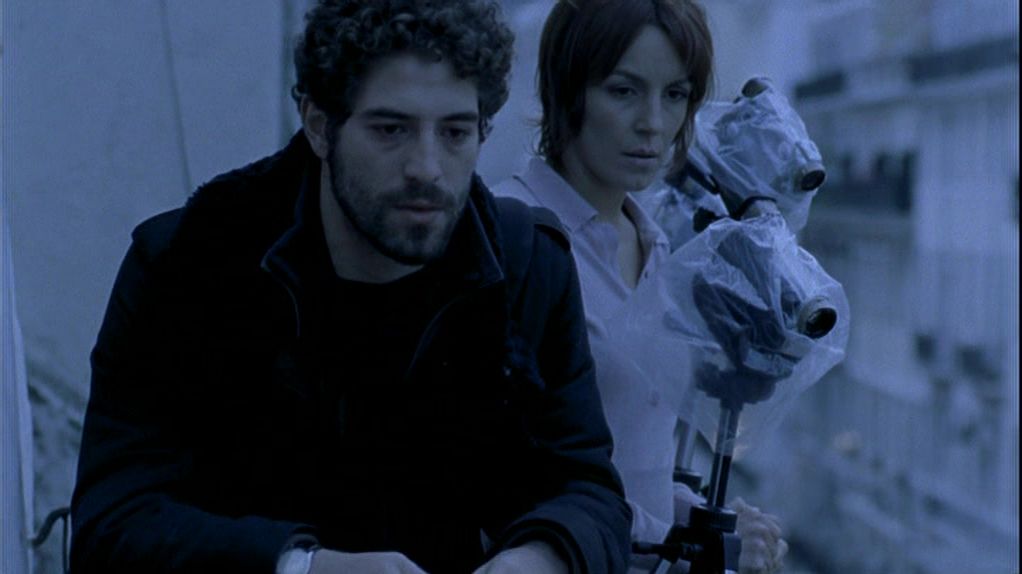 Alice, a young girl, has been missing for 193 days. In an act of desperation, her father leaves the house every day and repeats the same path he walked the day Alice went missing. “Alice” tells the heart-breaking story of the impact of the disappearance of this young child. With breathtaking performances (by Nuno Lopes and Beatriz Betarda) and an amazing photography, “Alice” tells a powerful and unique story from the amazing point of view of director Marco Martins. Besides having also a fantastic soundtrack (by Bernardo Sassetti), this film is a must-see particularly because it seems to be dedicated to the city of Lisbon.

João Canijo’s feature film follows a regular family living on the outskirts of Lisbon that sees the tranquility of their lives shaken within a week. Canijo’s direction skills and a great Portuguese cast allowed for the creation of real characters with a great development and growth. Furthermore, the director is known for his realism since he is not afraid to portray Portuguese households as they really are. “Blood of My Blood” is a tale that focuses on the maternal role and how family is important to overcome life’s adversities.

Ema is an attractive but innocent girl that ends up marrying Dr. Carlo Paiva, who she is not attracted to, but is her father’s friend. So, they move to Valley of Abraham, however, they live separate lives, with Carlos even sleeping in a different room. With time she begins to feel unhappy about her marriage so, she takes a lover. “Abraham’s Valley” is one of the most extraordinary achievements of Portuguese cinema. It confirms that director Manoel de Oliveira is among the world’s greatest filmmakers. He is capable of creating an impeccable personal style and to depict the human condition in a very sensitive way.

Júlio, aged nineteen, has just left the provinces to settle down on the outskirts of Lisbon. We follow his difficult transition but also the people he encounters along his journey. Moreover, “The Green Years” portrayals the slow transformation of Lisbon to a more modern capital. Paulo Rocha’s film is particularly moving because it shows the despair of younger generations trying to make a living in Lisbon in the beginning of the 60s.  “The Green Years” is an excellent example of how amazing movies can be even if they were made with little money and a small crew. Lastly, its soundtrack was made by Carlos Paredes, one of the best Portuguese guitarists ever.

“Tabu” tells two stories: one set in an African colony and the other in a post-colonial Portugal. We mainly follow the story of a restless retired woman who teams up with her neighbor’s maid to seek out a man secretly connected to her past life as a farm owner of Mount Tabu in Africa. “Tabu” is a charming and charismatic love story that deals with regret, duty, prejudice, and inequality. Because it was shot in black-and-white, the film has a melancholic atmosphere that quickly captures the attention of the audience. Moreover, it is beautifully shot and directed by Miguel Gomes, one of Portugal’s most promising directors nowadays.

In Lisbon 1989, a middle-aged, philosophical, outrageous man (and the alter-ego of the director João César Monteiro) lives tormented by an illness. He lives in a cheap room in a family boarding house, in the old section of the city’s waterfront. One of Portuguese’s greatest contemporary filmmakers, Monteiro created a movie that seems like a bizarre dream. “Recollections of the Yellow House” not only is a reflection of money and society, but also about the effects they have on a complex, simple man. It is the first movie of the trilogy of Deus (God). 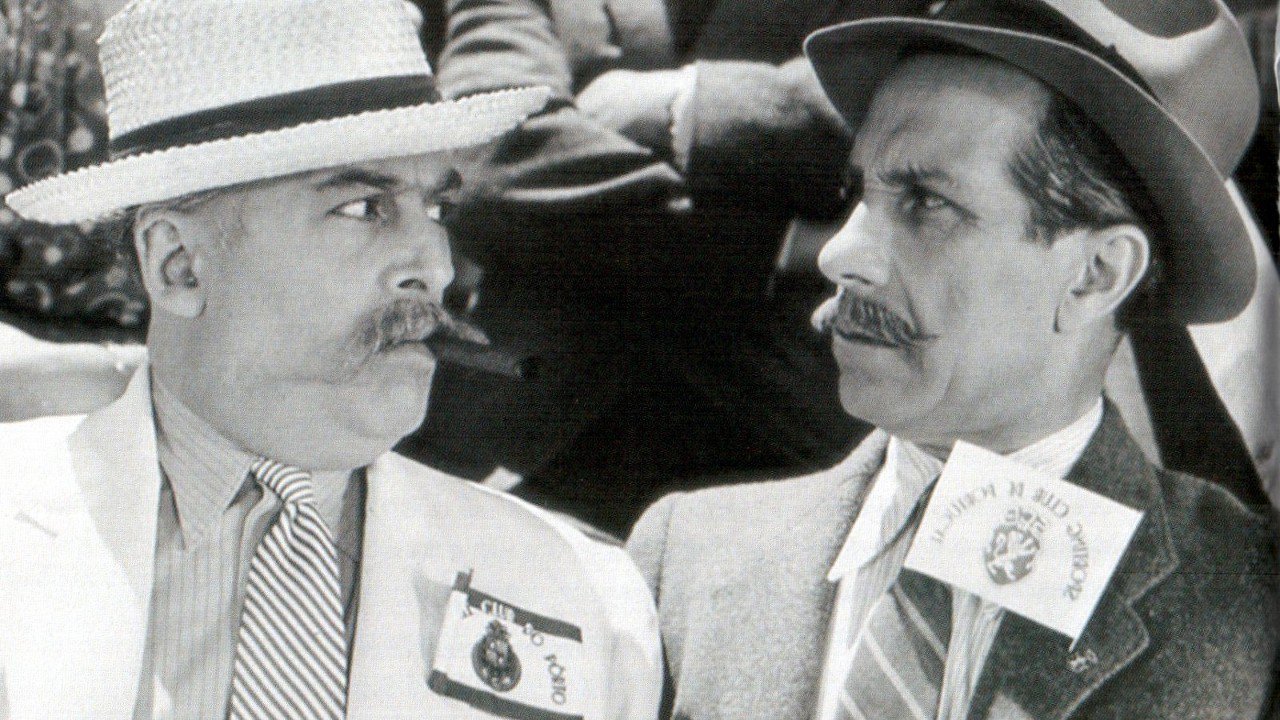 “The Lion of the Star” portrays the story of a football fanatic who travels to the North of Portugal with his family to see his favorite team play. They stay with a family who is very rich. Because the main character pretends to also be rich, things do not end up well… Portugal loves its comedies. With a famous and competent cast and a terrific script, “The Lion of the Star” achieved success because of its accurate representation of Portuguese society. Filled with funny situations related to football, marriage and social status, this is an excellent movie that would not be the same with the great director Arthur Duarte.

João de Deus is the manager of an ice-cream shop owned by an ex-prostitute. Through an unmoved desire for perfection, he seeks, through cleansing and purity to attain heaven. The surrounding world, however, does not comply with his decaying vision of lust and decay as a way of achieving his purpose. João César Monteiro is a powerful director and screenwriter that perfectly demonstrates the power of satire, challenging ethics, politics and Christian morals. This is the second installment of the trilogy of Deus (God). Because the movie relies heavily on the mood of its characters and has a minimalistic plot, “God’s Comedy“ might not be for everyone. Nevertheless, it is an engaging and unique film, you will never watch something similar. 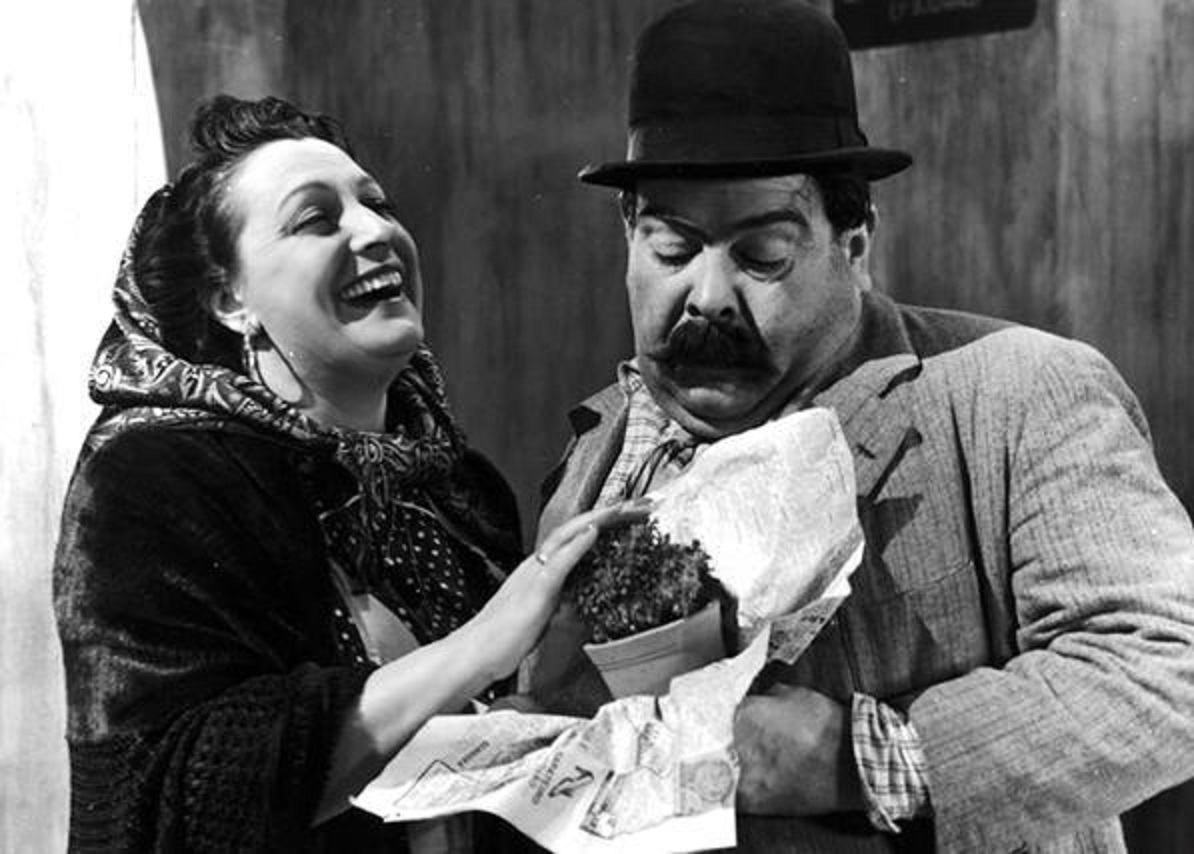 This classic of Portuguese cinema depicts the friendships and rivalries of the between neighbors of a square in downtown Lisbon, where exists a spirit of community and they all feel at ease with each other. Featuring famous actors (like Vasco Santana), the film shows a vast number of confusions and ambiguous situations by using very stereotyped characters. Its memorable lines and jokes, the subtle direction and the amazing cast made “The Courtyard of the Ballads” one of the most watched and beloved comedies of Portuguese cinema. It is a true portrait of the way of life in Portugal during times of fascism.

When bohemian Vasco Leitão flunks medical school, he must trick his aunts (the main financers of his studies), preventing them to know that he is not a doctor. “A Song of Lisbon” is one of the most important classics of Portuguese cinema. Directed by Cottinelli Telmo, this is a comedy that uses Portuguese culture to create fresh and entertaining jokes. Moreover, “A Song of Lisbon” is also a musical, whose songs marked generations and are still well-known to old and young people. Overall, this movie tells a conventional story, supported by convincing actors, a beautiful scenery, great music and an engaging script.

“Aniki Bóbó” follows a small group of children who hang around the river banks of the Douro in northern Portugal, dramatizing a love triangle between Carlitos, Terezinha and Eduardo, the gang boss. Director and writer Manoel Oliveira uses children as main protagonists to criticize contemporary politics and morality. “Aniki Bóbó” invites its viewers to ask complex question through the lens of childhood. Also, the movie takes us back to the beginning of the Golden Age of Portuguese cinema. Overall, it is a memorable, engaging drama that anticipates Italian neorealism.