Prepwell on ‘Shark Tank’: Everything We Know 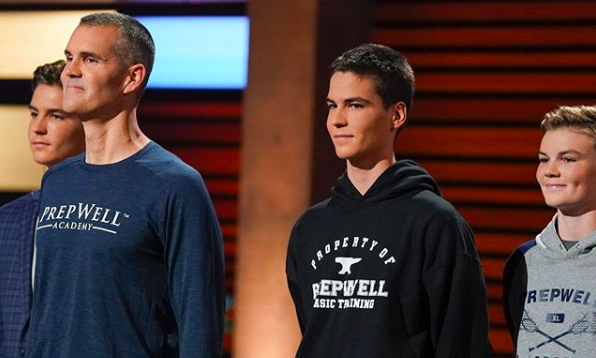 Throughout the years, ‘Shark Tank’ has had several success stories to boast about. Business investments like ‘Scrub Daddy,’ ‘Tipsy Elves’ have gone ahead to turn over major profits. The judges within the show are eminent business figures who have been a part of the ‘Shark Tank’ family since its beginning.  Businesswoman like Barbara Corcoran is active and vocal about establishing a smart business. She recently gave a pro tip to be ready with a business model that puts old competitors away and paves way for new ideas.

Phil Black is not new to the show. He is a familiar face to the show’s audience as he pitched ‘FitDeck’ in season 5. Phil is back again with another business that he claims to be quite successful. If he has to come back to judges who are known for anything but their tact, he must surely have a plan that works.

Prepwell: Who Are They?

Phil Black is a self-made man who has had two business ventures to his credit. One was ‘FitDeck’ which he sold after his appearance on ‘Shark Tank’ the first time. The second one is ‘Prepwell’. Phil is someone who takes pride in not just his business but also his kids; Yale and Harvard Degree; career at Goldman Sachs; and the fact that he was part of the SEAL.

What does it take to get on Shark Tank (twice)?

He shares his experience on IGTV about being cast again on ‘Shark Tank.’ He kept on applying throughout all the years he started ‘Prepwell’ and when he was on the verge of giving up, ‘Shark Tank’ began to conduct an open casting which he went to participate in. This is the road that led to Phil Black’s second appearance on ‘Shark Tank’.

Prepwell: What Do They Do?

Phil Black’s Prepwell Academy is a dedicated online mentoring program for students who mostly want to go to Ivy League colleges. The ideal is that students should be prepped through their high school years for them to actualize this dream. His biggest success is the fact that his own children have benefitted from the model he uses in this academy.

‘Prepwell’ also charts out special programs for students who want to get through athletic scholarships, military academies and attend special colleges with stringent admission processes. It helps both students and parents to go through rigorous training that aids in their benefit. Check out their website here.

I hope everyone is staying safe and hunkering down. Take a corona break this Friday at 8pm and see what goes down on the tank. Is the second time a charm?

In his Instagram videos, he promotes the need of a mentor or a coach to help transition students into their desired colleges. He is quite specific to details. On the company website, one needs to enroll to undertake his coaching, sign up for what kind of path they want to pursue and watch related videos to guide them through his mentoring process.

Read More: Everything We Know About Muvez