Who doesn’t want a great romance? Who isn’t fascinated by ideas like “love at first sight” and “love conquers all”? Love is the most common theme in stories. No matter what genre you pick, the most efficient way to connect your characters is love. Because what emotion is more powerful than that? Hollywood has further elevated it by churning out stories that tell you the tales that would otherwise seem impossible in real life. One such film is ‘Pretty Woman’. Starring Richard Gere and Julia Roberts in the lead roles, it is one of the most loved rom-coms of all time. It catapulted Roberts into stardom and rejuvenated the genre of romantic comedies, which further elevated the careers of many other actresses. What makes it so lovable is that it seems unimaginable, very much like a fantasy. A fairy tale, if I may! It is a romantic classic and if you haven’t yet seen it, don’t read any further. 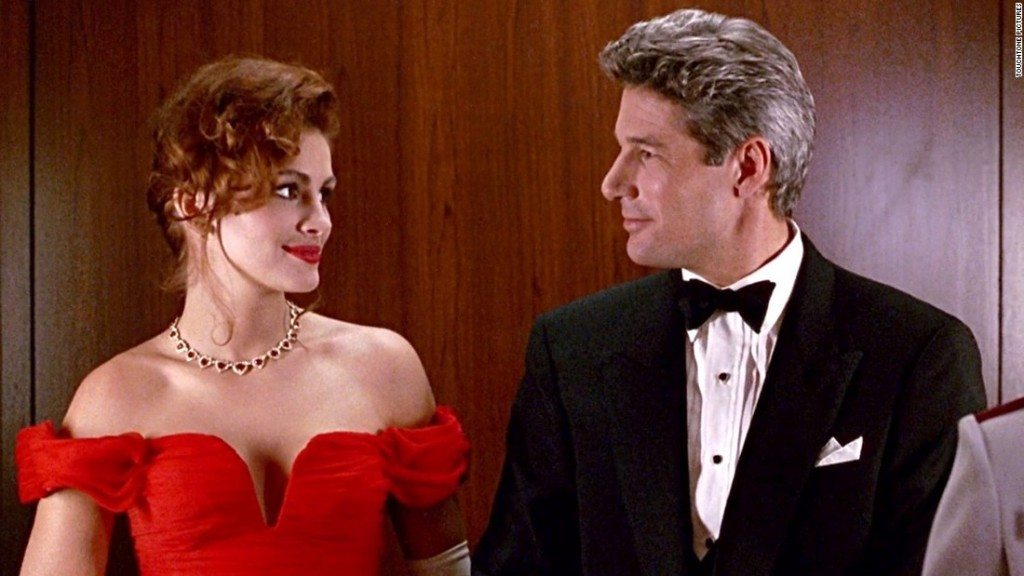 The film starts with Edward Lewis (Richard Gere) making his way out of a party after he gets into an argument with his girlfriend. He has an ex-wife who took his dog and a girlfriend who claims to spend more time talking to his secretary than him. The secretary was even a bridesmaid for their wedding. (Funny how we don’t get to see her in the film!) This shows that despite being rich and popular, Edward doesn’t have a functioning relationship with anyone.

After the heated discussion, Edward makes his way out of the party and takes his friend’s car for a ride. But, as Stuckey (James Alexander) predicted, he loses his way and ends up on a street where hookers, pimps and drug dealers run their business. As he stops and tries to work out a way to get a better handle of the car, which he knows nothing about because he never really drives, Vivian (Julia Roberts) offers to help him. She ends up driving him to the hotel and finally manages to make her way to his suite. Her cheerful and innocent behaviour impresses him and he hires her to be with him for a week. Thus, starts her education of the elite lifestyle.

Vivian goes on a shopping spree, learns table manners from the good manager, attends polo match, and gets to enjoy opera. He teaches her stuff like “strawberries bring out the flavour in champagne” while she educates him that “the length of your foot is the same as your elbow to your wrist.” With her influence, he begins to wonder what reputation he has earned for his company. As the days go by, both of their understanding of each other takes a deeper meaning, each turning the other’s life for the better, and they end up falling in love. 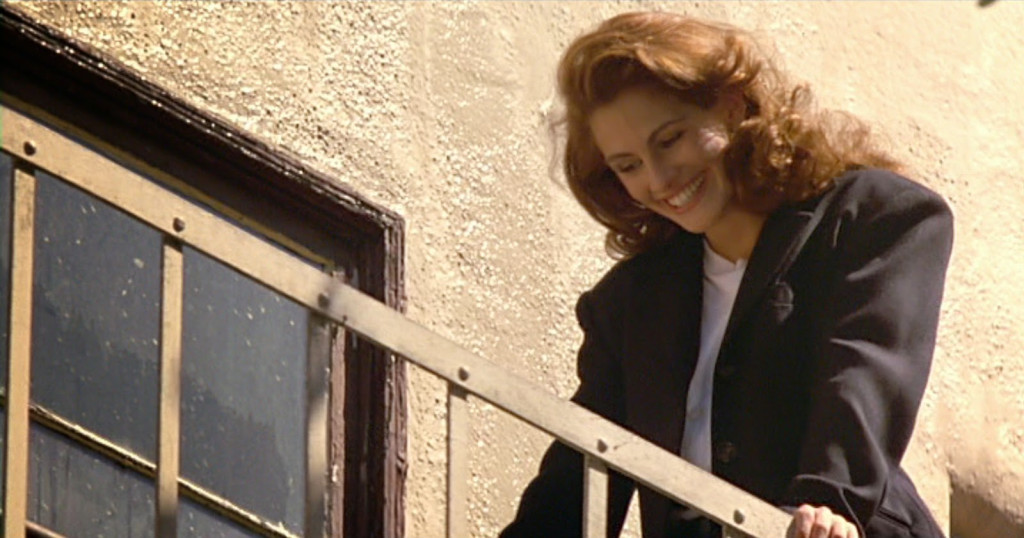 ‘Pretty Woman’ has one of the most iconic endings in the history of rom-com. The reason people love it so much is because it portrays two very different people from entirely different worlds ending up together, no matter how mismatched they might seem. As she gets to know him more and more, Vivian falls for Edward. He feels the same about her but he is not courageous enough to admit that. He offers her an apartment, lots of money and all the dresses she wants. But she refuses that because she wants more and she knows that she deserves it. Edward seems reluctant to give her that, and after spending the best week of their life, they part ways, teary-eyed and heavy-hearted.

While Vivian packs her stuff to move to San Francisco for good, Edward engages in a small chat with the manager of the hotel (Hector Elizondo), who happens to be the best person in the film (much like Vivian’s fairy godmother), who makes him realise that Vivian is a gem and that he is letting himself lose. This opens his eyes, but the problem is that he doesn’t know where she lives. The manager, being the wise guy, tells him that he had sent Edward’s driver to drop off Vivian, so he knows exactly where she lives. In order to woo her, our hero brings her flowers, as opera music plays in the background. He calls out to her, just as she had dreamed about when she was a little girl. Overcoming his fear of heights, though not completely, he climbs up the fire escape. She then climbs down to meet him halfway and “rescues him right back”. And so, they live happily ever after. 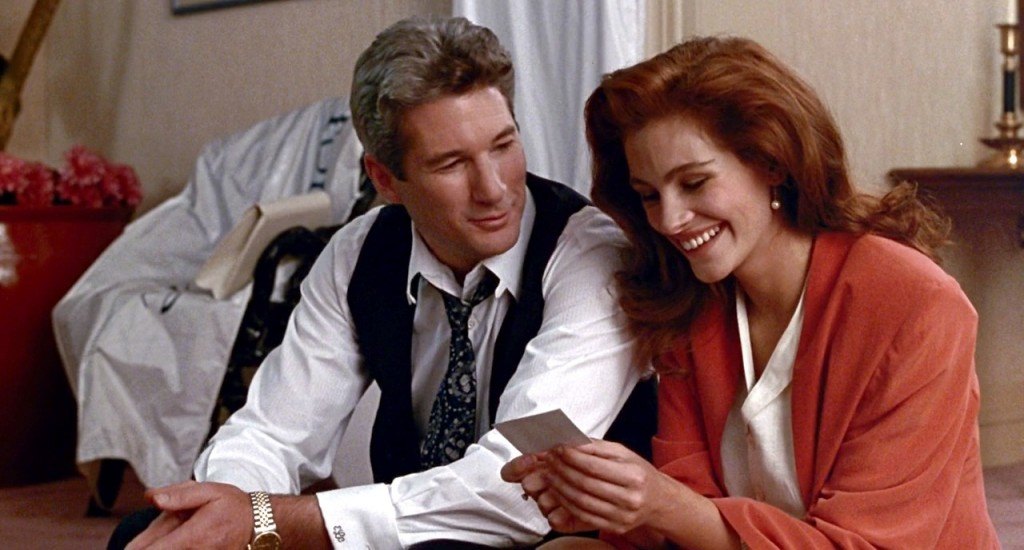 The reason why ‘Pretty Woman’ has continued to charm the audience for all these years is because it is one of the dreamiest unconventional modern romances. The concept of a rich guy falling in love with the odd girl and sweeping her off the feet has been repeated to considerable success. The people who have seen it recently might have noticed some similarities with ‘Fifty Shades of Grey’. A business-minded millionaire whose romantic life is in shambles because he is unable to form any connection with anyone, spending extravagantly on a woman he’s just met. A contract binding them together, girl impressed by boy’s piano skills, a romantic plane ride, breaking off at the end because she wants something more — just a few touch-ups and this is exactly the same plot as Christian Grey and Anastasia Steele’s story. One could say that ‘Pretty Woman’ set a precedent for the romantic comedy genre. However, things could have easily gone another way.

The first draft of J. F Lawton’s script was not at all this breezy comedy that we received. It was much, much darker. Initially named ‘3000’, which is the amount at which Vivian and Edward settle on, the script focused more on the lives and tragedies of a sex worker. The characters were completely different than the one Roberts and Gere got to portray and one of the reasons for this change was their casting itself. With Roberts’ charming smile and her warm chemistry with Gere, it became evident to the filmmakers that to give their story a dark end just wouldn’t seem right.

In another version, after Vivian says goodbye to Edward, she goes back to her apartment to Kit. With the money, they decide to take a trip to Disneyland. The last scene is of both of them on the bus. While Kit is excited and happy for the trip, Vivian stares ahead blankly. So, Edward never became her knight in shining armour. She is in love with him but he doesn’t love her back and she has to deal with that reality. 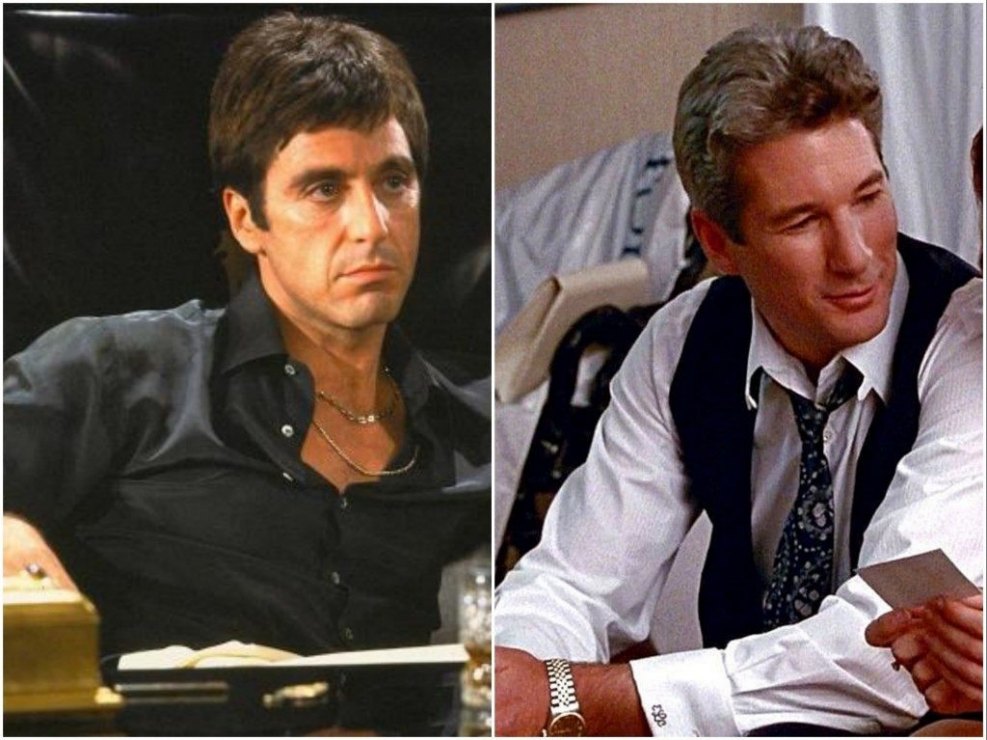 After making such a light-hearted film, to abruptly end it like this wouldn’t have made sense, so they decided to go the other way. But even this seems like a normal, if not cheery, ending as compared to the first draft. Before I tell you what that was, imagine Al Pacino and Michelle Pfeiffer in the lead roles. They were one of the preferred choices for the roles, but somehow, things didn’t work out. Here goes, then. The characters themselves were completely different versions of themselves. The Vivian we saw was in the prostitution business because of her financial problems (because why else should anyone need to do that?). It was purely business for her and she was mindful enough to not get herself into other bad stuff, like drugs and all. She took care of herself (her teeth, especially) and was careful about the money, unlike her roommate.

In ‘3000’, Vivian wasn’t meant to be like this. She was supposed to be a drug addict whose financial troubles were elevated because she couldn’t quit. Instead of this sweet, jovial girl, she was to be troubled and neglected and a more accurate representation of the life of a prostitute. Edward, too, wasn’t meant to be the gentle, caring man who falls for the charms of this unusual girl. In the film, he gets lost and unintentionally lands himself in the same street where Vivian works.

Alternately, Edward intentionally goes there because he is looking for a prostitute for the night. From here on itself, a line is drawn between what is and what could have been. He employs her services for the week but he doesn’t spend extravagantly on her, and he definitely doesn’t take her shopping just because the women are mean to her there. Forget about buying stuff, he isn’t even nice to her. In fact, in one of the scenes, he offers her to some other guy, most probably the alternate version of Stuckey, who works for him. He definitely doesn’t make an effort to save her honour and doesn’t care one bit about her feelings.

In the last scene, he takes her back to the street where he had picked her and flings her out of the car, throwing money on her face. She cries back that she doesn’t want his money. But he drives away, saying she’ll “want it the moment I’m gone”. This is what we’d have received had the scriptwriter been allowed to go forward with his original idea. Instead of the feel-good movie, you would have watched a film that’d have mirrored the abject reality of life. No dreamy endings, no “love conquers all”. The people who come from two very different worlds end up in their own worlds. 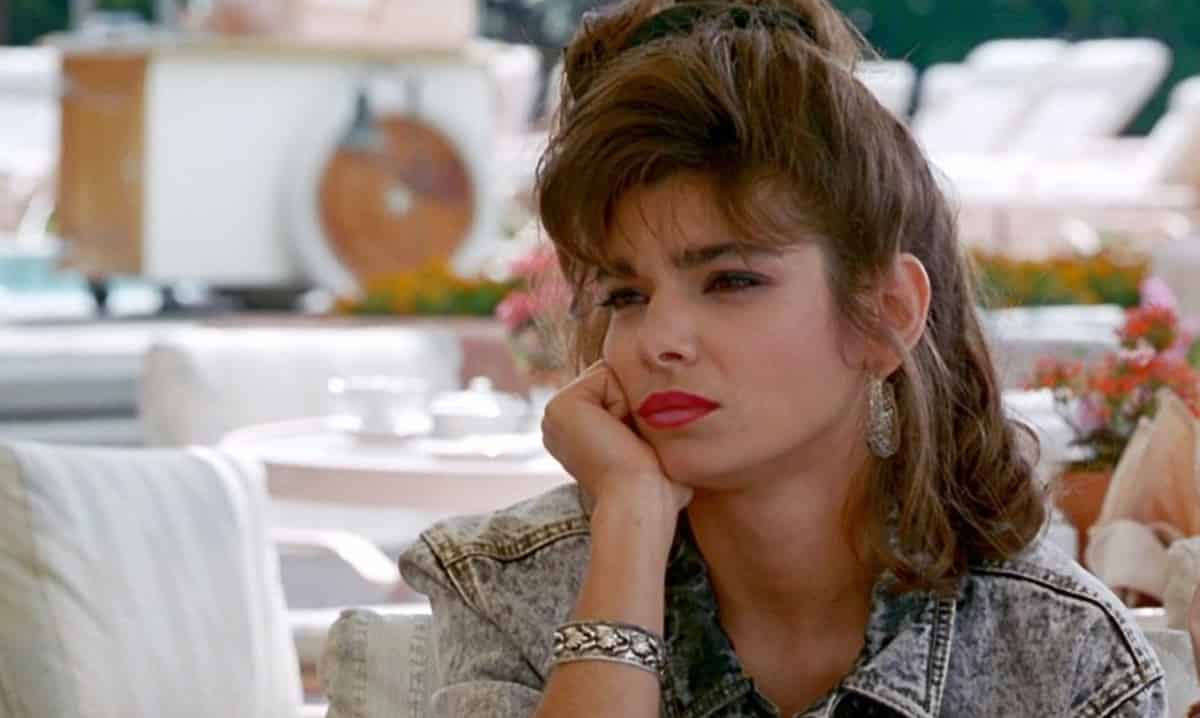 The fact that Lawton couldn’t let go of this darkness even after deciding to convert the story into a Disney-like version is visible in the side characters. While the protagonists received a massive do-over, Lawton decided to keep a shade of their intended personalities by melding it into the characters of the sidekicks. Kit, Vivian’s best friend, is a drug addict who doesn’t care about her appearance or mannerisms, no matter where she is, and gives us a glimpse of the heroine’s alternate reality. She steals the rent money for drugs and has made rules about how she’ll conduct her business, which also shows in Vivian’s methods.

Similarly, Edward’s sidekick, Stuckey, is a version of his original self. He is completely blinded by the thirst of making more money. Edward is the same, but in his heart, he still cares. And once Vivian comes into his life, he finds a way to accept that reality. Stuckey, on the other hand, can’t deal with this new Edward. He is also very disrespectful of Vivian and even tries to force himself on her. For him, there are no boundaries when it comes to her because she is a prostitute. But, above all, his anger is with Edward, who has changed the way they do business. A typical power-hungry, money-oriented man — that’s who Stuckey is.

Now you know! Instead of being an ideal watch for Valentine’s Day, ‘Pretty Woman’ could have easily become a dark tale of ill-fated romance which you wouldn’t want to watch after one viewing. In any case, I don’t know about you, but I, definitely, would have paid to watch Pacino and Pfeiffer in this alternate version. It sounds dark, but also, intriguing!