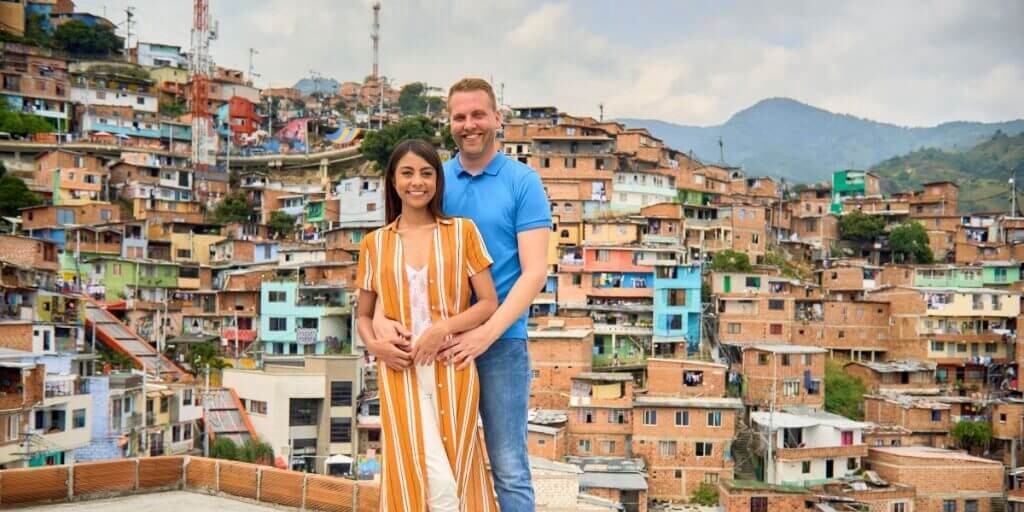 In the second season of ‘90 Day Fiance: The Other Way,’ six international couples navigate the rough waters of dating people from different cultural and geographical backgrounds. Despite their differences, the couples strive to make their relationship work. In the latest episode, Jihoon pleads with Deavan to give him another chance, while Ariela’s mother grows more concerned about her daughter’s future with Biniyam. Tim finally meets Melyza’s family to seek their approval for marrying Melyza. Check out the recap section, to know more. In case you wish to know about ‘90 Day Fiance: The Other Way’ season 2 episode 11, we have got you covered!

In the upcoming episode, Yazan might reveal to Brittany that she will have to convert her religion and become a Muslim to marry him. Deavan and Jihoon might set out to hunt for their new house, while Tim might come clean to Melyza’s father by confessing that he cheated on Melyza with another woman. We can expect Kenneth’s family to visit him and Armando, and help Kenneth in planning a proposal for his beau.

Where to Watch 90 Day Fiance: The Other Way Season 2 Episode 11 Online?

You can watch ‘90 Day Fiance: The Other Way’ Season 2 Episode 11 if you have a cable connection, by tuning in to TLC at the above time slot. You can also watch the released episodes online by logging into TLC’s official website. There are several other streaming options as well. You can live-stream the series on Philo TV, Directv, Sling TV, Fubo TV, or YouTube TV. Previous episodes are available for rent on Amazon Prime Video.

The episode is titled ‘Forgiven, Not Forgotten.’

In the episode, Ariela and her mother, Janice, meet up with Biniyam’s family over a traditional dinner and they discuss their shared concerns about Ari and Biniyam’s union. When Janice inquires about Biniyam’s work schedule, his sister informs her that he has to stay out at nights since he is a professional dancer. Janice tells her daughter to consider this fact while thinking about her future. Biniyam’s family members warn Ari that if she ever leaves Biniyam and flies to America with her baby, it might reignite past trauma that was inflicted upon Biniyam by his ex-wife. Ari assures them she would make sure that doesn’t happen this time.

While having lunch with Sumit’s brother Amit, Jenny asks him about their parents’ opinion on Sumit and her relationship. Amit makes it very clear that he will set up a meeting but there are high chances of it ending in a very heated argument, as they still don’t approve of it. Jihoon begs Deavan to not leave him again, promising to right all wrongs. She asks him to transfer $3,000 to her account “to prove he isn’t lying” and Jihoon gives it to her, much to his mother’s chagrin. Jihoon is happy that Deavan has given her one month to prove to her that he can be a better husband and father. “Ok I’ll do my best. I promise you,” states Jihoon.

Janice and Ariela visit Biniyam’s workplace and watch him dancing with his ex-girlfriend, in a professional capacity. On being asked about the reason for their breakup, Biniyam tells them that he failed to give her more attention but the mother-daughter duo is not pleased with the response. Melyza still hasn’t revealed to her father that Tim’s infidelity is the reason she didn’t move to America with him. Tim asks Melyza’s mother to forgive him for cheating on Melyza, assuring her that he won’t ever hurt Melyza again. Despite the promise, Melyza’s mother doesn’t give her stamp of approval to their wedding.