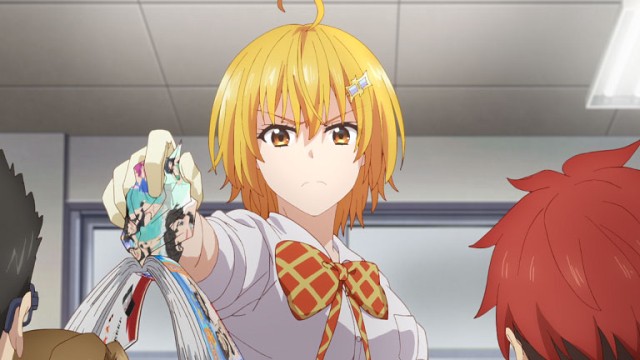 Ecchi may not be everyone’s piece of cake as most ecchi anime only come off as guilty pleasures. But every once in a while, a decent ecchi anime like ‘Super HxEros’ comes along. ‘Super HxEros’ is replete with nudity, as one would expect. However, along with that, it also offers a fairly intriguing storyline. Moreover, in the first episode, even its two main characters seem quite intriguing. So if you’re curious to know how this new ecchi anime will turn out to be, make sure that you do check out its next episode. And to do that, read on further to know all about its release date and streaming availability.

Super HxEros Episode 2 Release Date: When will it premiere?

You can stream the first season of ‘Super HxEros’ on AnimeLab, bilibili, Funimation, and Wakanim.

‘Super HxEros’ is set in a world that was once a peaceful place to live in. But then, the inception of a disaster led to its destruction. Humanity is now on the brink of extinction and weird alien species have taken over the world. In times like these, a group of teens forms a clan of heroes known as “Super HxEros”. They use the immense power of Ecchi (H) and Erotica (Eros) to destroy monsters that thrive on human libido.

In the first episode, the anime introduces its two key players, Enjou Retto and Hoshino Kirara. There was a time when they were childhood friends and shared a very special bond. But one day, a monster completely took away all of Hoshino’s emotions. As a result, she not only drifted away from Enjou, but also started keeping her distance with everyone else in school. In the present, Enjou keeps recalling the special bond that he once had with her and wonders if things will ever be the same. He even tries to bring back their lost friendship but fails miserably. That’s when while walking back home from school one day, the two of them run into the monster.

Enjou, who recently discovered that he has the power to destroy these monsters, uses his newfound energy to save Hoshino. Impressed by everything that he did for her, Hoshino, too, unlocks her lost sexual energy, and they together completely devour the monster. As the episode closes, they are approached by a group that consists of powerful teens like them who are determined to destroy such beings and save the world.