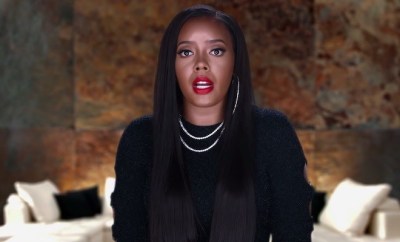 Currently in its fifth season, the show follows the lives of several children of popular hip-hop legends. It chronicles their routine conflicts and the struggle to make a name for themselves, disjointed by the shadow of their parent(s).

Growing Up Hip Hop Season 5 Episode 9 Release Date: When Does it Premiere?

The ninth episode of the fifth season of ‘Growing Up Hip Hop’ is scheduled to premiere on January 30, 2020 at 9/8c on We TV. The episode is titled ‘Nothing a Few Shots Can’t Fix’ and returns one week after the eighth episode of the season was aired. The show follows a weekly format with each new episode slated to be aired every Thursday.

Where to Watch Growing Up Hip Hop Season 5 Episode 9 Online?

You can watch the ninth episode of the fifth season of ‘Growing Up Hip Hop’ by tuning into We TV on the timeslot mentioned above. Moreover, you can also watch the episode on We TV’s official website and mobile app with a valid cable provider’s login.

Other that, the show can also be streamed live if you have a subscription for Philo, YouTube TV, Fubo TV, Sling TV or Direct TV. Moreover, specific episodes can also be bought on Amazon Prime Video.

The eighth episode of the fifth season of ‘Growing Up Hip Hop’ is titled ‘Is That the Joker?’ and was premiered on January 23, 2020.

The episode saw Sam proposing to Egypt which went on without any problems. Sam dresses up as the Joker and bends on his knees to ask Egypt to become his life partner. He had already made all the required preparations and even informed Egypt’s family about it. It wasn’t surprising at all that Egypt said yes.

On the other hand, Angela is going through the opposite of a heart-warming moment: heartbreak. She is seen bursting into tears as she faces tragedy.

Meanwhile Vanessa meets with Master P. However, she unwillingly gets caught up in a situation that does not involve her. She finds herself in the middle of Angela and Romeo’s rivalry and that certainly does not entail a comfortable situation for her.