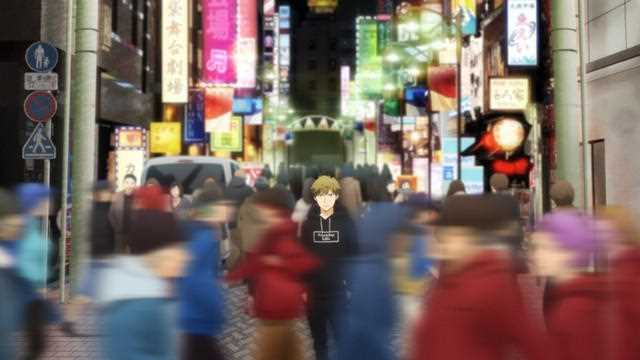 ‘Ikebukuro West Gate Park’ is a combination of several different genres, ranging from comedy to serious drama to even captivating crime. Its original live-action show and novel received worldwide acclaim, due to which people are expecting big feats from the anime as well. We’ll have to wait and see if the anime will be able to live up to the high standards set by the source materials or not. But we can be sure that the anime will offer something very different from other typical anime coming out this season. So if you’re looking forward to watching the first season of ‘Ikebukuro West Gate Park,’ read on further to know all about its first episode.

‘Ikebukuro West Gate Park’ anime series is directed by Tomoaki Koshida and its script is written by Fumihiko Shimo. When it comes to its music composition, it has been done by Daijirō Nakagawa and Ryuuichi Takada (monaca). Its opening theme, “Needle Knot,” is performed by The Pinballs, while its ending theme, “after song,” is a creation of Innosent in Formal.

You can stream ‘Ikebukuro West Gate Park’ Season 1 on Funimation with its original Japanese audio and English subtitles. Anime viewers from Australia and New Zeland can stream the anime on AnimeLab.

The original ‘Ikebukuro West Gate Park’ draws its inspiration from a widely popular live-action television show of the same name. The series is an urban and stylistic drama that unfolds in one of the coolest districts of Tokyo, Ikebukuro. It revolves around the life of Makoto, a hip 21-year-old member of the renowned G-boys gang. The young boy has his way with things and very well knows how to bring things under control during tense situations.

But then comes a time when Makoto tries to get his hands on way more than he can handle. Not only is turf war starting to escalate on the streets but even his new girlfriend has been murdered. Does he have what it takes to get to the bottom of these dire situations? Will he be able to ride through this storm and stop the violence on the street before it’s too late?

You can check out the trailer for the first season of ‘Ikebukuro West Gate Park’ below:

Read More on Anime Preview: TONIKAWA: Over the Moon For You Episode 2